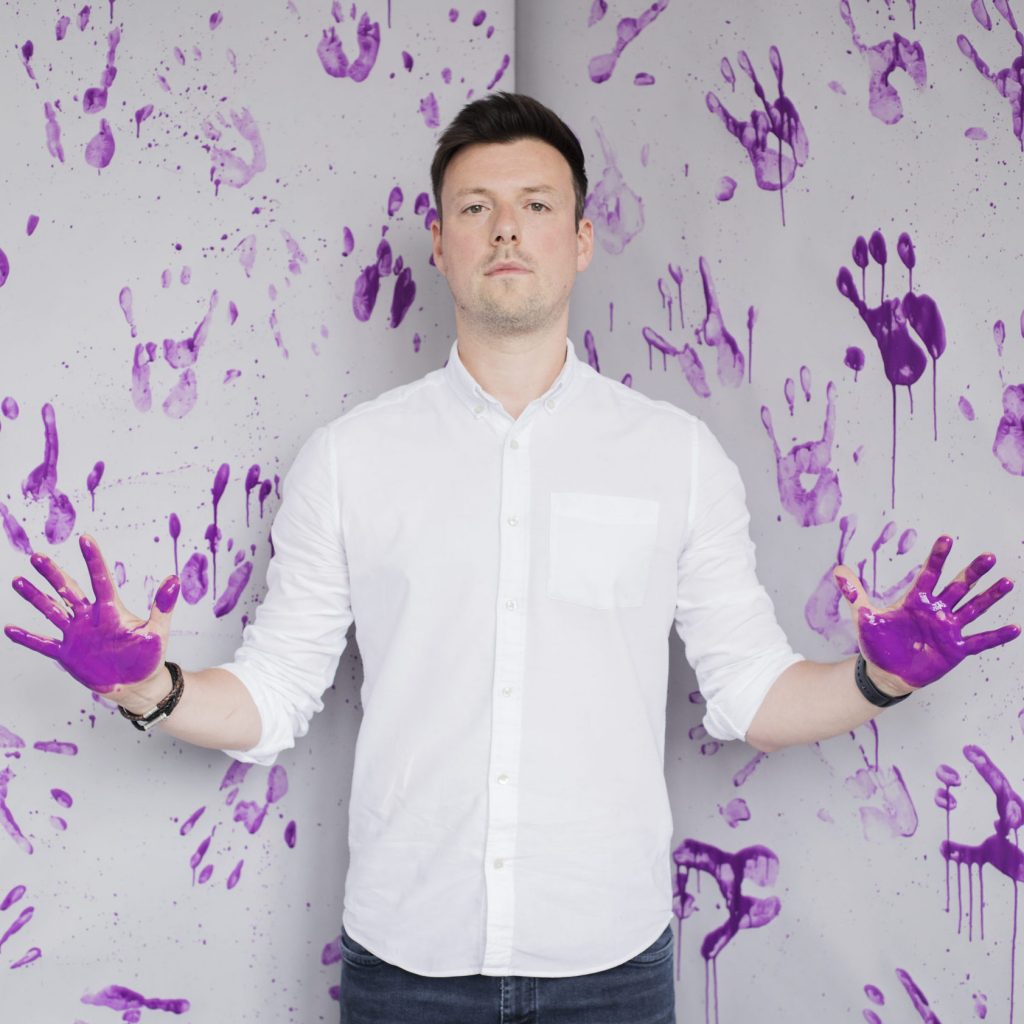 It pays to be kani

Banking is no longer just done by banks. Start-ups and SMEs, enabled by changing consumer attitudes, regulatory alignment and new technologies, are challenging for market share and powering better outcomes for everybody. Richard Dawson speaks to Aaron Holmes, CEO of North East paytech rising star Kani Payments about the fintech revolution that began in the shadow of the 2008 global financial crisis and is now delivering a step- change in financial services

New industries are often born out of recessions.

As the world waits to see what will come out of the coronavirus crisis, we are only just getting to know the progeny of the last big downturn.

The much-examined recession that struck the world economy in the autumn of 2008 was also the starting point for a new and exciting sector – fintech.

In a number of ways, the 2008 financial crisis was the catalyst for the growth of the financial technology firms that are now transforming financial services with a consumer-orientated approach.

Let us start at the beginning.

This market was closely aligned to the US housing market, providing mortgages and loans at high-interest rates to people who were seen as high credit risk.

Property prices across the world were artificially inflated through sub-prime lending and when the bubble burst, as it did in 2007, banks were caught out in a big way because suddenly much of the credit they’d been issuing wasn’t going to be paid back.

It’s difficult to imagine banks, perceived as paragons of financial stability, going bust but many of them almost did in 2008.

It took the $700 billion Emergency Economic Stabilisation Act in the US and the £500 billion Bank Recapitalisation Fund in the UK to prevent the liquidity crisis from consuming the global financial system.

It was this situation that arguably led to the emergence of fintech.

Firstly, the heavy reputational damage to the banking industry in the aftermath of 2008 triggered a step-change in consumer attitudes and allowed traditional retail banks to be challenged for the first time.

That erosion of trust enabled new companies to compete for market share of banking products and services.

Secondly, the post-2008 regulatory environment reduced a lot of barriers to entry for new market entrants and, when combined with new technologies, made it possible for start-ups and SMEs to operate in a space they’d traditionally been priced out of.

The near collapse of the big banks also led many experienced financial services professionals to start their own companies.

MarketInvoice, for example, was set up by former Goldman Sachs and Lehman Brothers employees as was the small business financing platform, iwoca.

When taken together, these trends enabled a new industry to grow exponentially in the UK, which now leads the world in fintech investment and innovation.

According to KPMG, 83 per cent of all European fintech investment in 2019 was made in the UK.

Companies like Revolut, Atom Bank, Paymentsense, Monzo, Transferwise and Starling Bank are some of the biggest names in fintech. They’ve also all launched in the UK since 2010.

With investment set to reach stratospheric heights in the years to come, the fintech story is one that is just beginning. It’s also one which is infinitely tied up with the business journey of Aaron Holmes.

Originally from Northumberland, the CEO of one of the North East’s most exciting fintech prospects, Kani Payments, actually grew up dreaming of a career in psychology.

By his own admission, Aaron had a tough time at school in Morpeth and frustrated his teachers by only putting his talents into the subjects that interested him.

“I stepped it up for my A levels, though,” he explains, “because I realised if I wanted to pursue a career in psychology, I needed to get good enough grades to get into Cardiff University, which had the best psychology department in the country.”

Aaron got the grades and went onto study in Cardiff, a city he enjoyed, and which reminded him of Newcastle.

Upon graduating, Aaron found that psychology jobs were hard to come by, owing to the degree being one of the most popular in the UK.

Returning to the North East, he successfully applied for a job in the compliance and anti-money laundering team at Universal Building Society, which was acquired by Newcastle Building Society in 2006.

It was here that Aaron’s interest in what would become fintech really began to crystallise.

In the long days of September 2008, when Lehman Brothers was trying and failing to find a buyer and the Federal Reserve was spending $85 billion bailing out insurance company, AIG, Aaron was leading on the implementation of a new division at the North East mutual.

“There was a new project going through Newcastle Building Society at the time, which led us to form the card solutions team,” he says. “We built that department up from a standing start to be one of the biggest prepaid card issuers of its kind, settling well over $1 billion of payments every year by the time I left in 2010.”

The team was also one of the few areas of the mutual that saw demand increase during the financial crisis – a crisis which, Aaron confirms started the fintech revolution.

“It helped shake up the banking industry as people started to think, was it right that there were only a certain number of big-name high street banks or should there be more choice and a better way of doing things for consumers?” he says.

“Winding back to 2010, there was a sort of arms race that kicked off when the regulatory landscape was changing and with the introduction of electronic money as a concept.

“Since then, there’s been a surge of new market entrants that are powering good outcomes for consumers and helping people manage their money better.”

After his success with Newcastle Building Society, Aaron moved into a chief operating officer role at Flex-e-card before heading down to London to work with payments industry leader, Global Processing Services (GPS).

“I always think of GPS as one of the best companies people have never heard of,” says Aaron. “They’ve been really influential in the way fintech has happened globally.

“The team is responsible for developing some of the technologies that people now see as being commonplace and come to expect from a bank.”

As chief operations and then chief innovation officer at the company, Aaron saw first-hand how payments technology or paytech could enable new fintech businesses to get their products and services to market.

It was this that convinced him to again return to his native North East in 2018 to set up his own company and give innovative financial start-ups a helping hand.

“We consume data from all those different third parties and give you a system that allows you to reconcile payments. We make sure they’re executed correctly and understand how your customers are behaving. We also support back office teams through consulting and support.

“We think of ourselves as an enabler for fintech firms. If you want to start a new company, you can come to us and we will help you launch and manage your day-to-day operations.”

As well as lending a helping hand to fintech founders, Kani Payments’ mission is to promote competition in the financial services sector.

Aaron adds: “We want to see more challenger banks, more SMEs entering the market and crucially, we want new market entrants to have the same output capability of a bank so they can scale and get to that level.”

Kani’s approach has been warmly received by industry, with the two- year-old company recently being accepted onto Tech Nation’s Fintech Growth Programme.

“What’s been really useful on the programme is that we’re talking to people who have been through this journey before and are five to ten years ahead of us,” says Aaron. “It’s great to hear how they’ve overcome some of the common challenges we’re facing now as well.”

Aaron couldn’t hope for a better peer group to learn from, with some of the world’s most successful fintech founders sitting on the Tech Nation panel.

Aaron thinks the region has a bright fintech future and is committed to growing his company and building on the work being done by support organisations like Dynamo North East and Newcastle University.

“This is putting us on a really good trajectory where we’ve got a critical mass of fintech firms in the North East and local infrastructure that can support businesses to grow and put graduates in jobs,” he adds.

Kani’s headcount could double to 20 by the end of next year as it further develops its payment reconciliation platform and Aaron says the business may take strategic investment to accelerate growth.

With everything that’s happening at a regional, national and international level, it’s fair to say there’s never been a better time to start and grow a fintech business.

A combination of changing consumer attitudes, regulatory alignment, technological change and the rise of fintech enablers like GPS and now Kani Payments will ensure that the UK continues to lead the world in this new and exciting industry, with the North East set to take an ever-growing share of the profits.

Aaron concludes: “We called it Kani for a reason. We want to create jobs here in the North East and become a company that people want to work for in the future.”