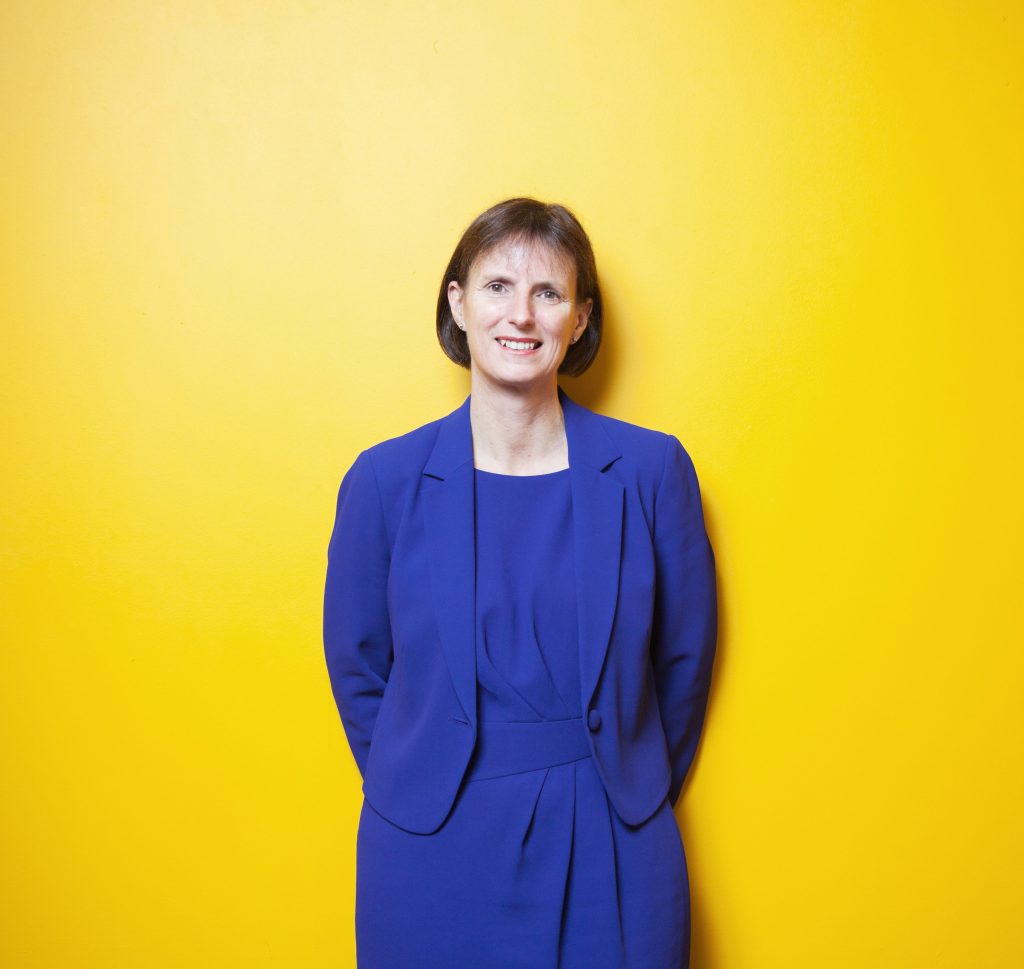 Heidi Mottram, CEO of Northumbrian Water, has been managing teams throughout her career and has won multiple awards for her leadership. She speaks to Alison Cowie about how her people skills have developed

One of Heidi Mottram’s mantras is ‘people work for people’.

Explaining what she means by this is, the CEO of Northumbrian Water Limited and Northumbrian Water Group reflects: “a boss is very influential. They determine whether an employee [under them] likes what they’re doing and if they are prepared to put in that extra effort.”

For Heidi, who is currently responsible for a workforce of more than 3200, effective people management has been at the core of her impressive career – and her leadership style has received multiple awards.

Heidi studied geography at university and – combined with a love of the outdoors inherited from her father – her initial ambition was to become a national park warden.

She secured a place to study a masters in recreational management – the pathway to becoming a national park warden at that time – but with grants difficult to secure, the pragmatic graduate decided to defer her place and enter the world of work.

Heidi joined British Rail with the intention of saving for her further studies but, she reflects, “the rail industry soon got its hooks into me”.

Heidi spent a year in a traineeship programme that appealed to her practical nature.

“I was learning all about levers in signal boxes, coupling trains together and winding points. On one level, it was real boys’ own stuff but British Rail was quite ahead of its time in that I wasn’t the only female on the programme.”

After this, she was appointed to a supervisor position at Leeds Station, where her potential was swiftly recognised.

“I was quite tenacious and built up a bit of a reputation as a grafter who made things happen and got things done.”

Over a period of 24 years, Heidi rose through the ranks within the rail industry, holding several senior positions. She eventually became managing director of Northern Rail Ltd, the largest rail operator in the UK at the time.

Almost from the start of her rail career, Heidi was put in charge of a team, which allowed her to work on her people skills.

Initially, Heidi says, she tried to be “uberwoman”.

“Because I was a woman in a man’s world, I felt as though I had to be amazing and couldn’t put a foot wrong. I was very concerned with always being in control,” she explains.

Heidi goes on to reveal that an inspirational leader at British Rail then made a dramatic impact on her leadership style.

“Brian was able to show everyone that he was in charge but he was also very connected with people. He would know which football team a team member supported and where they’d been on holiday.

“I think he was just very interested in people. I am too but, at that time, I didn’t reveal that personal side. After watching Brian, though, I started letting myself be a bit more ‘Heidi’. I found that people really responded to that and it gave me a lot of confidence.

“You have to be very good at your job and know what you’re doing but, ultimately, people want to work with people who they like, respect and that they feel are genuinely interested in them.”

Heidi’s talent for managing people was recognised in 2009 when she was awarded Rail Business Manager of the Year.

Two years later, Heidi received a call to say her name had been suggested for the CEO position at Northumbrian Water.

“My first thought was ‘I don’t know anything about the water industry’, but after a while I began to think it would be interesting to learn something new’,” she recalls.

Heidi began to do her research and found that Northumbrian Water’s values aligned with hers. She also talked to employees who “were unanimous in saying how great the company was to work for”.

Heidi became CEO of Northumbrian Water in April 2010 and describes her early days in the role as: “fascinating but quite tiring.”

She adds: “In the rail industry, I had built up my knowledge in layers but I had to learn about the water industry very quickly.

“I would go home on a Friday night and feel as though my brain was pushing against the side of my head because of everything I was trying to squish into it. But after about six months, I felt I knew what was going on.

I also found the team at Northumbrian Water to be incredibly generous with their knowledge; they would go out of their way to help me. I’ve since observed that this is the same with all new starters. Everyone’s incredibly welcoming; it’s in the DNA of the company.

After getting to grips with the industry, Heidi set about giving Northumbrian Water a “real sense of purpose” and targeted becoming “the national leader in sustainable water and waste water services”.

Eight years later, Heidi – who benchmarks the Northumbrian Water against other water suppliers, as well as other service companies such as Amazon and John Lewis – believes the company is well on its way to achieving this goal.

Twice, Northumbrian Water has also been named The Utility of the Year (2013 and 2017), under Heidi’s leadership.

“It’s great to get the recognition of your peers,” the CEO says.

In 2016, Heidi was also named North East Business Executive of the Year. At the time, she was praised for being ‘a leader who has engaged with her employees, raised ambitions and reinforced confidence in an industry facing the challenges of deregulation’.

Staying connected with such a large workforce, spread across the country, is no easy task but Heidi utilises several methods.

As well as regular site visits, Heidi holds around 65 roadshows a year, when she speaks to groups of 20-30 team members and discusses where the company is, its future direction and the issues and challenges facing the water industry.

“As a CEO, I’m always trying to make strategic decisions for the business and the roadshows are a great place for me to get a feel as to whether those decisions resonate with the employees,” says Heidi.

“We also ask for people to share their thoughts and ideas and make sure we record and feed back on everything that is raised.

“The roadshows have made a really big difference to our performance because the ideas that have come out are so good.”

In addition, the CEO is also very active on Yammer, a private social media platform for all Northumbrian Water employees.

“It’s a great way for large and varied workforces to keep in touch and feel connected. I will regularly post blogs about the company and comment on what others are doing.”

Heidi is also keen that effective people skills are embedded within Northumbrian Water at all levels and the company has invested heavily in its Extraordinary Leaders programme, working with external bodies to teach employees good management skills.

We’re very focused on having the very best leaders that we can have – people who empower and motivate others and who are worth working for.

Empowered people: the recipe for success