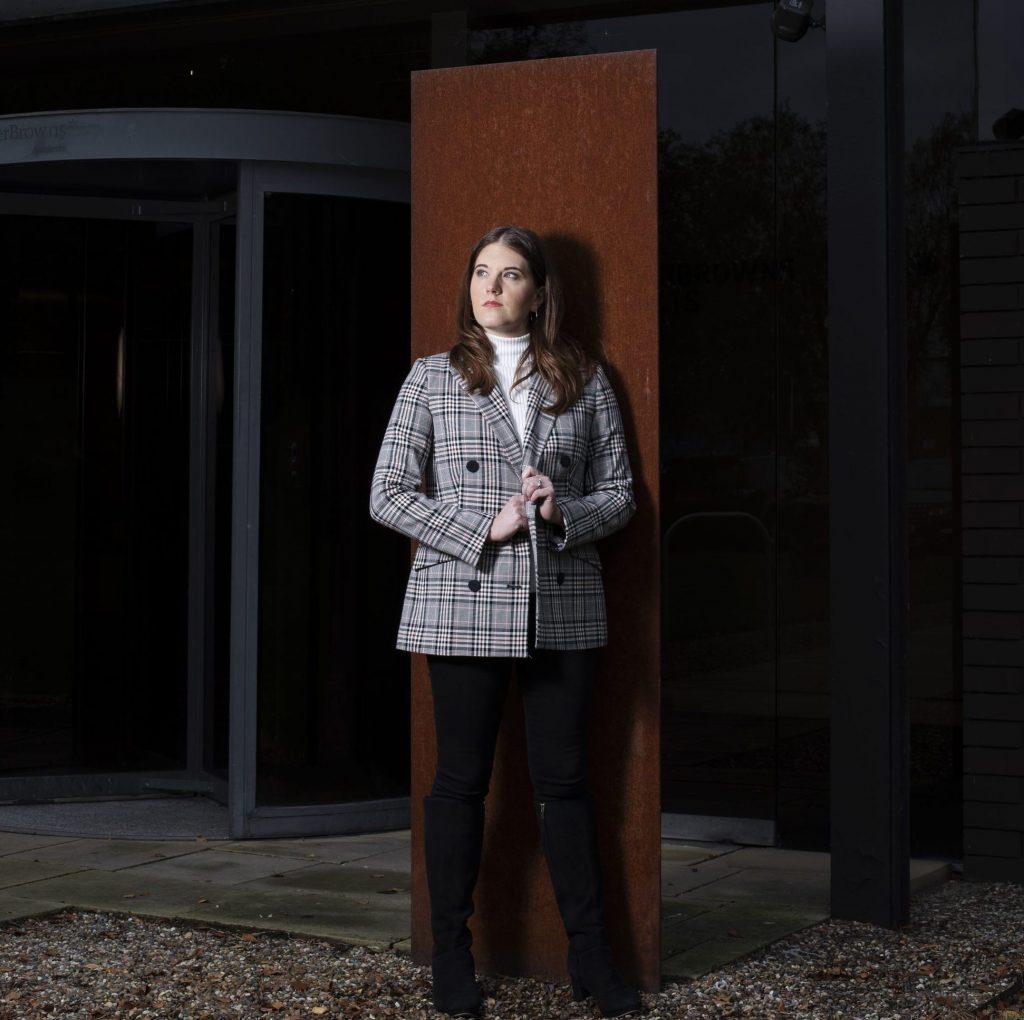 The universal language of design

Nathalie Baxter has had an electrifying start to her career. After a string of awards for academic excellence, the young architect has quickly progressed to associate level at her firm FaulknerBrowns and is involved in numerous initiatives with RIBA North East. Richard Dawson sits down with Nathalie to discuss her journey

There is a universal language of design that everybody interested in design understands”, says Nathalie Baxter, associate architect at FaulknerBrowns.

Nathalie has spent all of her adult life learning that language, winning scholarships, awards and gaining widespread recognition along the way. Her interest in the subject was fostered from a young age, after a family holiday to Singapore where she was exposed to structures and spaces the likes of which she’d never seen in her hometown of North Shields.

“One building, in particular, was the Supreme Court building designed by Foster + Partners,” says Nathalie. “It basically looks like a spaceship on top of a heritage building. I found it fascinating that a structure like that could exist and that people could inhabit that kind of space.”

Singapore would continue to play a crucial role in her professional development, as would Ryder Architecture, who Nathalie started working with soon after she won an academic bursary from the company that paid for her tuition fees.

The path to becoming a Chartered architect is a lengthy one. Each candidate must go through the Royal Institute of British Architect’s (RIBA) three- part programme, which takes on average seven years to complete.

The RIBA has recognised how difficult this makes it for young people and have recently introduced degree apprenticeships to widen access to the profession. But when Nathalie was starting her journey, it was only the support and experiences she had with Ryder that enabled her to pursue architecture.

After completing part one of her RIBA programme at university, Nathalie did a year in practice with Ryder. This again was quite fortuitous because she graduated in the middle of the recession, after which the built environment industry faced its biggest contraction in a generation. Some graduates struggled to secure placements as a result.

The second part of the RIBA programme is a two-year master’s degree, which Nathalie took up at Newcastle University where she had done her BA. There was an opportunity to do an international exchange as part of the course and so Nathalie headed back to Singapore where it all started.

After her studies, Nathalie stayed in Singapore over the summer, working for an award-winning practice called Ministry of Design (MOD).

Discussing her time there, Nathalie says: “The practice I worked for had won awards for innovative design thinking and they were really interested in sustainability. I was attracted to it because I wanted to be exposed to a completely different way of thinking.

“Because Singapore is a booming city with a strong economy, a lot of clients were really interested in exploring the possibilities of design. It was also great to be exposed to different cultures and to study somewhere else.”

The Lion City made such an impression on Nathalie; she decided to investigate its innovative approach to social housing for her MA thesis, a project for which she was awarded the Part II Hadrian Medal at the RIBA North East Student Awards. It would be the first of several awards to come in the next five years.

Nathalie’s academic excellence soon caught the attention of one of the region’s foremost architecture practices, FaulknerBrowns. She started working for the company in 2014.

FaulknerBrowns has designed a number of key developments across the North East and has a growing reputation both nationally and internationally, all from its office in Killingworth. Recent projects include the completed Beacon of Light in Sunderland, The Word in South Shields, the under-construction Hadrian’s Tower in Newcastle and Millburngate development in Durham.

Completed in 2018, the CEF project was the first to land on Nathalie’s desk when she joined FaulknerBrowns. Alongside company partner Steve McIntyre, Nathalie worked as the project architect on the build from construction to completion.

CEF’s Janet Nash House has since won a number of RIBA and British Council for Offices (BCO) awards, including Best Corporate Workplace at the BCO nationals. It seems like Nathalie really does have the golden touch.

Buoyed by her early career success, Nathalie applied for and was granted a scholarship at the University of Cambridge – proceeding to do a two-year course in interdisciplinary design and management for the built environment, which she completed this year.

Her experiences at Cambridge reinforced this idea of a universal language of design. There were 18 people in her cohort, and she was the one from the UK.

“Everyone had a different background and it was brilliant”, she says. “The course was all about learning global perspectives on the construction industry and how we can use them to overcome some of our own challenges.”

Something Nathalie struggled with when becoming an architect was making the transition from education to working in practice.

She explains: “When you’re at university you’re working mostly in isolation with other architects whereas in practice it’s very different.

“When delivering a building, you have a design meeting with many people around the table – engineers, projects managers, cost consultants, quantity surveyors and various other stakeholders. I was quite surprised being exposed to all of this when I hadn’t really been taught about it.”

She also found that there was not that much support for newly qualified architects to learn from, communicate and engage with other people in the industry.

It was these experiences that encouraged her to help set up the Young Architect Practitioners Forum (YAPF) as a subsidiary of the RIBA North East regional council. The idea was put forward at a meeting of young architects with RIBA representatives at FaulknerBrowns’ office.

“They came into the office and gave a presentation on what they offer young architects and why you should be a member of the RIBA”, Nathalie recalls. “People didn’t really see what they were getting. Students had a lot of support, whereas recently qualified architects seemed to be a little bit forgotten about.”

Nathalie and four other women suggested setting up a forum for those who have passed RIBA part three up to about ten years in practice and so the YAPF was founded.

“The YAPF was set up to allow young architects in the region to communicate and engage in frequent and focussed regional activity”, she explains.

The group does three types of events throughout the year, incorporating a mixture of workshops, professional development sessions and networking opportunities as well as building tours of award-winning projects and those that are still under construction.

Nathalie highlights that YAPF creates a much stronger network for the future as well. Talent retention is a massive issue for the North East and architecture is no different, with many leaving the region shortly after graduating to go and work for a London practice.

By having stronger networks for young graduates like the YAPF, the hope is that people may start to recognise that there are a lot of opportunities to work for great practices in the region whose projects are nationally and internationally renowned.

As chair of the YAPF, Nathalie now sits on the RIBA North East regional council to ensure that the needs of young architects are at the forefront of their thinking. This work is crucial in the modernisation process of a historical organisation like the RIBA, which is constantly looking at ways of making its work more relatable to the next generation of architects in their 20s.

If her early years in practice are anything to go by, the future looks bright for Nathalie Baxter. But she is clear that for her it will be all about projects completed rather than job titles.

She concludes: “The future is not really about what name I’ll have in terms of position – it’s about creating great architecture and finding new challenges.”