Treating the symptoms of crime

The North East has generally benefitted from lower rates of crime than anywhere else in England. And that’s still true. The total number of crimes recorded here for the year ending March 2019 was 291,705 – almost a third less than the next lowest region, the East Midlands.

That being said, we still have problems with anti-social behaviour, public order offences, hate crime and violence against persons and as such, need to continually be thinking about how we can police the region more effectively.

Kim McGuinness is focussed on exactly that challenge. She was recently elected as Northumbria’s new Police and Crime Commissioner (PCC) after a by-election was triggered when Vera Baird stood down earlier this year.

Winning on the second preference count, Kim is the youngest PCC in the country and the only Labour woman.

At the heart of her campaign was taking a public health approach to crime prevention and serious violent crime. She puts her success down to the clarity of purpose she brought to the contest.

“I think I was able to articulate that there was an opportunity to have a major impact because the goals were clear. We wanted to have more police officers, we wanted to try and prevent crime and stop people from experiencing crime, we wanted to protect victims and look at what is coming over the hill. Those were things that chimed with people,” she says.

Turnout for the PCC election was particularly low, with just 15 per cent of eligible electors casting their vote. This may partly down to the fact that the by-election was unexpected and not held on the same day as local elections, as is normal practice.

Kim also highlighted how the current political climate could have been a factor.

“We are in times of unprecedented change”, she says, “there’s a lot of politics in the news and I do think people can become exhausted. But my job is to tell people what I can do for them.”

Much has been made of the new Government’s pledge to add 20,000 police officers to the UK force. The news has been welcomed by police constabularies up and down the country, but many have noted that the number of police taken out of the force since 2010 is greater than 20,000.

Northumbria alone has lost 1100 and Kim is clear that at the very least, those officers need to be replaced.

The new commissioner is not content to sit and wait for the extra resources from national Government though. She’s hoping to put together a violence reduction unit that will be tasked with delivering on her pledge to take a public health approach to crime and serious violence.

This approach is all about getting to the root causes of crime and arguing that there is a direct link between crime and deprivation and hardship in people’s lives.

Kim explains: “This is about treating crime and violent crime as a disease and saying it’s contagious, it has symptoms and we have to treat those symptoms.

“We’ve got to work together across the public sector, but also with businesses to say how do we put back into place some of the public services that have been stripped away over the years and make sure that people have fulfilled lives so that they’re not going into crime.”

The new commissioner is also keen to build on the work done by Vera Baird on supporting victims of crime, particularly violence against women and domestic violence.

She says: “I think we need to start to recognise that victims, out of years of cuts, have had a hard deal and we need to be supporting them and putting them at the forefront of everything.”

While serious violent crime has been steadily declining over the last 30 years, many new kinds of crime are emerging all the time.

Across the UK, fraud offences increased by 17 per cent in the year ending March 2019 and there has also been a sharp rise in hate crime and cyber-crime in recent years.

Northumbria Police already has dedicated units looking at these emergent forms but what’s clear is that futureproofing has to be at the centre of police planning.

In Kim’s words, “we have to be ready for what’s coming over the hill.”

One of the ways in which they’re putting that into practice is in recruitment.

“When we run a recruitment campaign through Northumbria Police, we have to be thinking about how this is reflecting what the skills of the future are.

We’ve got to be ahead of the game,” says Kim. Northumbria Police has faced funding cuts of 23 per cent since 2010, higher than any other police force in England and Wales. The North East has also seen major shortfalls in funding for local services, sure start centres, libraries and access to benefits, housing and youth services.

Kim argues: “All of these things lead to a perfect storm, which I think has got a direct link with violent crime. We need to make sure that people have got the infrastructure around them to live happy, healthy lives and that will reduce crime.”

Women make up around 30 per cent of the UK police force and a lot of work has been done to encourage more women into what’s traditionally been viewed as a male-dominated profession.

With Kim following Vera Baird as PCC in the North East and Cressida Dick taking over as Commissioner of the London Metropolitan Police (the highest-ranking office in the UK), progress is being made in this regard.

But with women still being subject to discrimination both in the workplace and online, clearly more has to be done to achieve equal representation. For Kim, one of the best things we can do is look at workplace terms and conditions, embrace things like flexible working and understand what will enable women to succeed and progress.

She also stressed the need to tackle sexism and misogyny online and create a more supportive culture for everyone.

“It isn’t okay to just be hateful because of someone’s gender or because of the job that they do”, she says.

“I think at times social media makes that easier for people to do. It’s the one place where women in leadership are held to higher, more unattainable standards and judged for the way that they look. That is where we are and the way to deal with it is to call it out.”

With her public health approach to tackling crime, an approach that looks at the root causes of crime and the socio-economic conditions surrounding it, Kim McGuinness is asking for more collaboration between police, the public sector and businesses.

She said: “Across all of the North East, we need to look at people’s social circumstances and look at how deprivation is affecting them. It’s then about asking how we can resolve that and reduce crime but also just improve people’s lives.” 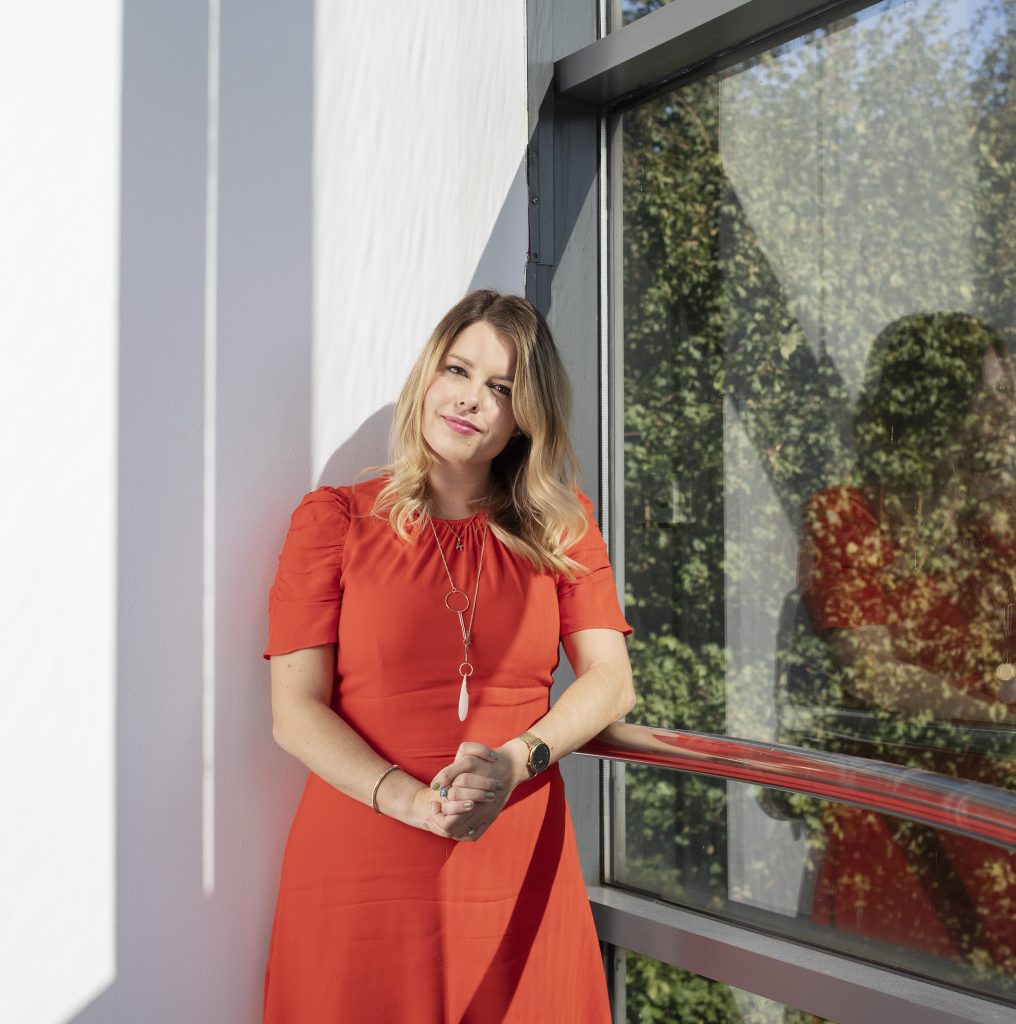 Giving women the smarts for success