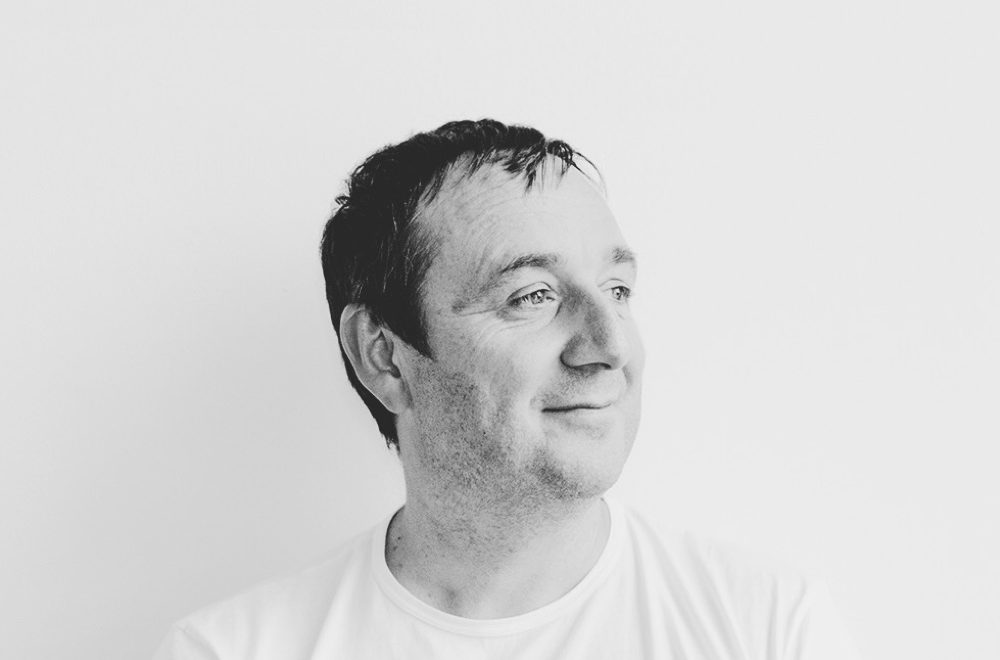 Q&A with Jonathan Hill, founder of The Northern Block

The collaborative type foundry The Northern Block, based in Newcastle, is internationally recognised for producing modernist fonts for creatives. It has earned a reputation as one of the most successful type foundries in the industry, and has been making typefaces for some of the world’s leading brands for more than a decade. Here, we talk to Jonathan Hill, the mind behind the lines and founder of The Northern Block

Tell us about The Northern Block?

Prior to setting up The Northern Block, I had a successful career in graphic design, which laid the foundations for our type foundry. For the first six years I worked alone as an independent designer selling typefaces under The Northern Block brand, and built a reputation for developing clean, modernist and industrial tech style designs. Later, in 2011, I was introduced to Mariya V. Pigoulevskaya, a talented designer from Belarus, and came to realise that working alone was no longer an option, so together we proceeded with a new manifesto for The Northern Block. From here, we focused on collaboration with designers and creatives, those who were willing to share professional experience in pursuit of developing purposeful, modern and readable typefaces.

What is most rewarding about running an independent business?

As a proud Yorkshireman from Sheffield, my design career was predominantly shaped by the heavy industrial landscape of the steel industry and emergence of electronic music. I came to the North East after the 2008 banking crisis, of which this pivotal and unexpected moment allowed me to explore the type design industry in more detail. Newcastle turned a solitary working road into a shared journey of incredible collaboration and creativity and is what I find most rewarding when it comes to running my own independent business – allowing other people into the idea to help grow something so much more significant.

And the biggest challenge?

Some of the trickiest aspects of running The Northern Block is finding new and complementary people to work with. With the study of type design presently offered through just one university within the UK, suitable candidates are few and far between. Before the COVID-19 pandemic took hold, we’d receive plenty of applications from overseas candidates but right now, those enquiries have dropped. Our next move is to visit universities around the UK to share our story in the hope of inspiring and rejuvenating the next generation of typeface designers.

What has been your proudest moment in the journey of The Northern Block?

With so many great things happening with The Northern Block right now, it’s difficult to put one pivotal moment in the spotlight!  There are Oscar moments for the company, such as knowing our typeface will appear in The Vikings’ new Netflix show, (airs February 25, 2022) to seeing our Corbert Wide typeface used within The Beatles: Get Back Documentary. However, for me, my proudest moment is the creation of our Borda font – a modern geometric typeface that synchronises with its surrounding culture. Premiering in Ubisoft’s The Division videogame and throughout the National Cycling Centre’s entire branding campaign, I believe that Borda’s success derives from its deep connection to the region from which it sprung. From a creative perspective, it is the way the elements of designing this typeface ties together our business background – present and future so perfectly, and seeing the typeface used exactly as it was designed and intended for.

What are your short and long-term goals for The Northern Block?

When it comes to the short and long-term goals for The Northern Block it can sometimes be like trying to predict the weather. Our motto is ‘to expect the unexpected’, a bit Del Boy style, but it’s true to our ethos and work ethic. In the short-term, I would like to see our work represented more within the media space, so we’re focusing on strengthening our brand visibility with marketing consultants Twist. We are also keen to drive momentum and evolve by learning how clients use our typefaces, including understanding and creating solutions that work for global audiences. The Northern Block has a strong heritage, culture and ethos, and it’s important those clients and creatives feel part of, and want to be part of, our journey and to evolve with us. We are also committed to ensuring custom projects remain a regular part of our working schedule, while expanding reach even further across the globe. In the long-term, we are focusing on evolving and building our portfolio of fonts to the subscription markets, such as Adobe, and making more of our fonts available through Google, while also developing typefaces in a way that considers how fonts translate for use in different languages.

What advice would you give to someone with a business idea?

Some of the best advice I would give is to find the right audience and turn the no’s into a positive response. When I first started pitching the idea of The Northern Block back in 2005, to a predominantly heavy industry audience, I became frustrated with all the negative responses I received. In hindsight, I now understand. How could I expect people to help drive my business idea forward if the idea was so unique and out of their area expertise? I wasn’t speaking to the right people and at that point, I didn’t know my audience. I took ‘no’ as a compliment and used this feedback to shape who I should be talking to – those who were aligned with my goals and vision and who understood what The Northern Block was all about.

The Northern Block is today on an incredible journey of success and is internationally renowned for designing and shaping the world of typeface, with a team that shares the commitment to drive and push possibilities. The future is bright for this dedicated team, and nothing seems to get in their way of wanting to achieve the goals they set and the recognition they deserve.
www.thenorthernblock.co.uk
@northernblock