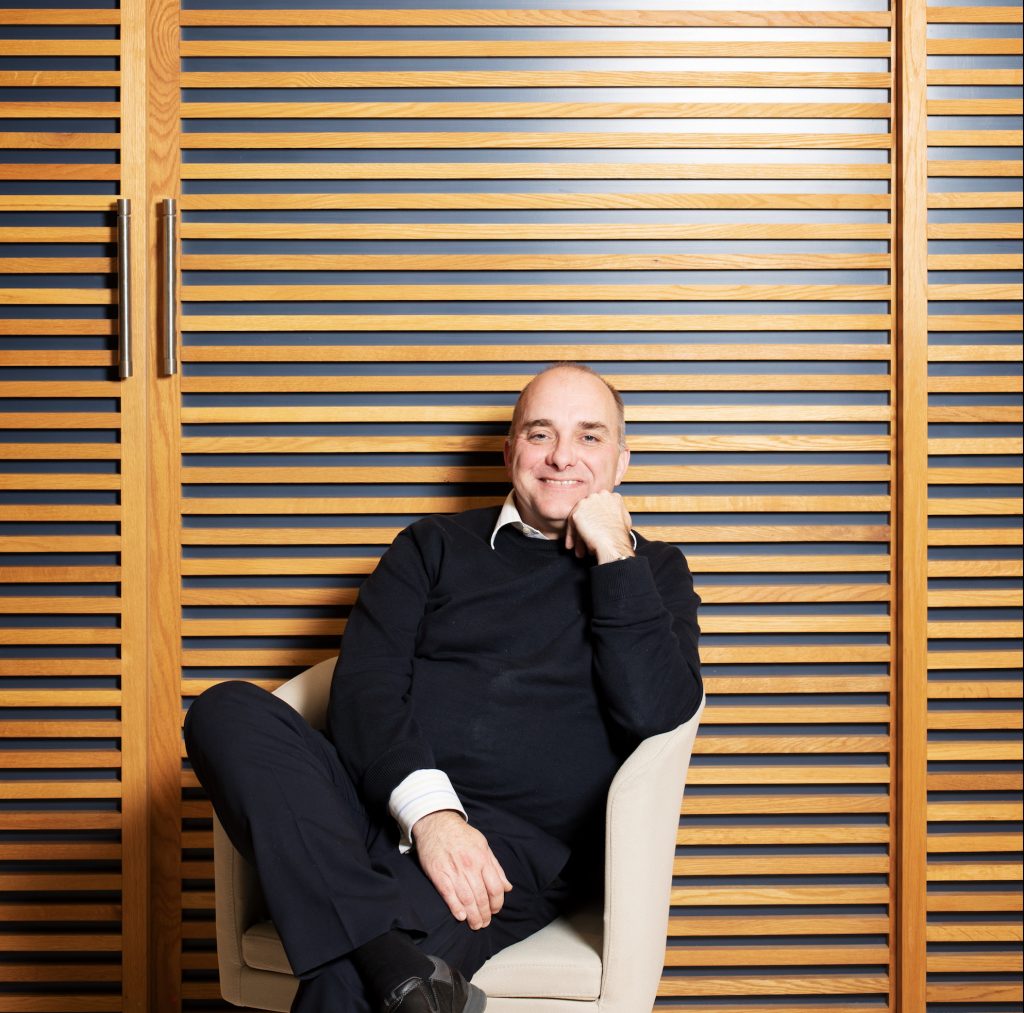 A lesson in agility

Law firm Muckle LLP is leading the way when it comes to revolutionising the workplace. Managing partner Jason Wainwright explains how embracing an agile approach to working and underlining the firm’s core values has put its clients and people in control

A new era of transparency, team- work and 24/7 support underpins the 21st century approach to all things legal. That’s the bold claim of Jason Wainwright as he outlines the giant strides being taken by North East-based Muckle LLP on the journey towards workplace evolution and unrivalled customer service.

With a vision to introduce agile working (which Jason prefers to call ‘connected working’) and to encourage all staff to embrace a new blueprint for core values, the firm’s ambitious managing partner identified 2018 as a year for action. Twelve months on and Jason remains convinced that Muckle LLP’s subtle shift in focus – both internally and externally – has positioned the city centre institution as a sector leader.

“Those days of the law being mysterious and impenetrable with lawyers almost hiding from clients have long gone,” he explains. “Clients have wised up to that and technology has made everything faster and more accessible.

“Responsiveness and an ability to react quickly is what people want. Clients take technical knowledge and legal expertise as read and there are numerous firms across the North East who can deliver in that respect. People are choosing their lawyers based on quality of service and their experience with their provider.

“Our clients want a solution and they want it to be clear and fast. As a result, the people I look after at Muckle – the people at the heart of our business – can be expected to be available around the clock.

“What I wanted was for our team to have control of their own time, subject to client demands and our demands. They don’t have to sit chained to their desks all day. Presenteeism is counter-productive for everyone.

“If it’s convenient and suits them and their client, then they can work at the client’s offices for a day or maybe work for a couple of hours at home
before they come in – who am I to say that they shouldn’t do that? I advocate agile working and have done for some time. It works both ways.”

Jason insists his mission to focus on a more flexible working week has been met with almost universal approval within the enlightened corridors of Muckle. And he has the figures to support the notion that agile working can be the precursor for greater productivity.

“The original motivation for introducing agile working was that people’s lives in the office were becoming increasingly stressful because of the hours spent working alongside clients and the need to be available,” he adds. “It was received really well across the board. I think a minority had a perception that people would suddenly sit at home watching Jeremy Kyle in their pyjamas! But more and more people quickly became switched on to its positive impact.

“We launched our agile working plan just over a year ago – and we’ve brought in much better infrastructure to support this new approach. It’s been a cultural change as much as a technological change – we’ve had to encourage people to change their mind-set. The firm’s productivity has improved and if you look at the individual figures of those working agilely, then those numbers have improved also.”

Greater productivity leads to greater efficiency and, ultimately, better value. Jason admits that explaining the true value of Muckle LLP’s work
remains a significant challenge at a time when clients expect more for their money. Clarity, cooperation and consistency are key.

“What’s changed a lot in the market – and what we’ve responded to really well – is getting away from the idea of an hourly rate,” he adds. “We did a lot of work internally to try and fix prices where we can and be transparent from the outset.

“The whole legal industry is slowly waking up to the fact that you can’t keep charging people by the hour, which effectively rewards inefficiency. The idea that the longer I pore over this contract the more I charge you – that’s just ridiculous.

“We’re trying to stay ahead of the curve. We don’t want to be the firm playing catch-up or clinging on to the old ways of working. Value means many different things to many different clients but when I talk to them, they all say that value is getting a solution quickly and without a load of legal faff around it. Sometimes you do have to explain the amount of work that needs to be done behind the scenes but it’s more about building a relationship with our client.”

In addition to the agile working revolution, Muckle LLP’s new company values underpin that precious relationship. In tandem with the firm’s HR director, Nicola Leyden, and after consultation with everyone at Muckle, Jason has mapped out four key values which, he insists, sit at the heart of a unique lawyer-client connection. “Trust, teamwork, responsibility and care are the four cornerstones of Muckle,” he adds. “They are the values we adhere to at every level and all four are common to our own people, clients, suppliers and everyone involved with our business.

“Nicola gauged opinion across the firm and the feedback reflected exactly what I always imagined our values were. Reassuringly, the response reiterated and underlined what we’re all about. Now, instead of making decisions in line with what we think our values are, we can make decisions knowing exactly what they are and know that this came from our people.

“Of the four values, I think the most interesting one is care. I’ve always used the word care but I didn’t always think it fitted with a corporate law firm. It’s the essence of what’s a bit different about working at Muckle. People really care about one another and look out for one another. We care about– and are invested in – the North East community and a lot of lawyers are here because of that.

“We do a lot of pro bono work, give 1 per cent of profits to charitable causes and our people have two community days a year when they volunteer at local charities away from the office. Whether we’re talking about agile working, offering better value to clients or staying true to our core beliefs, we do care. And we should be proud of that.” 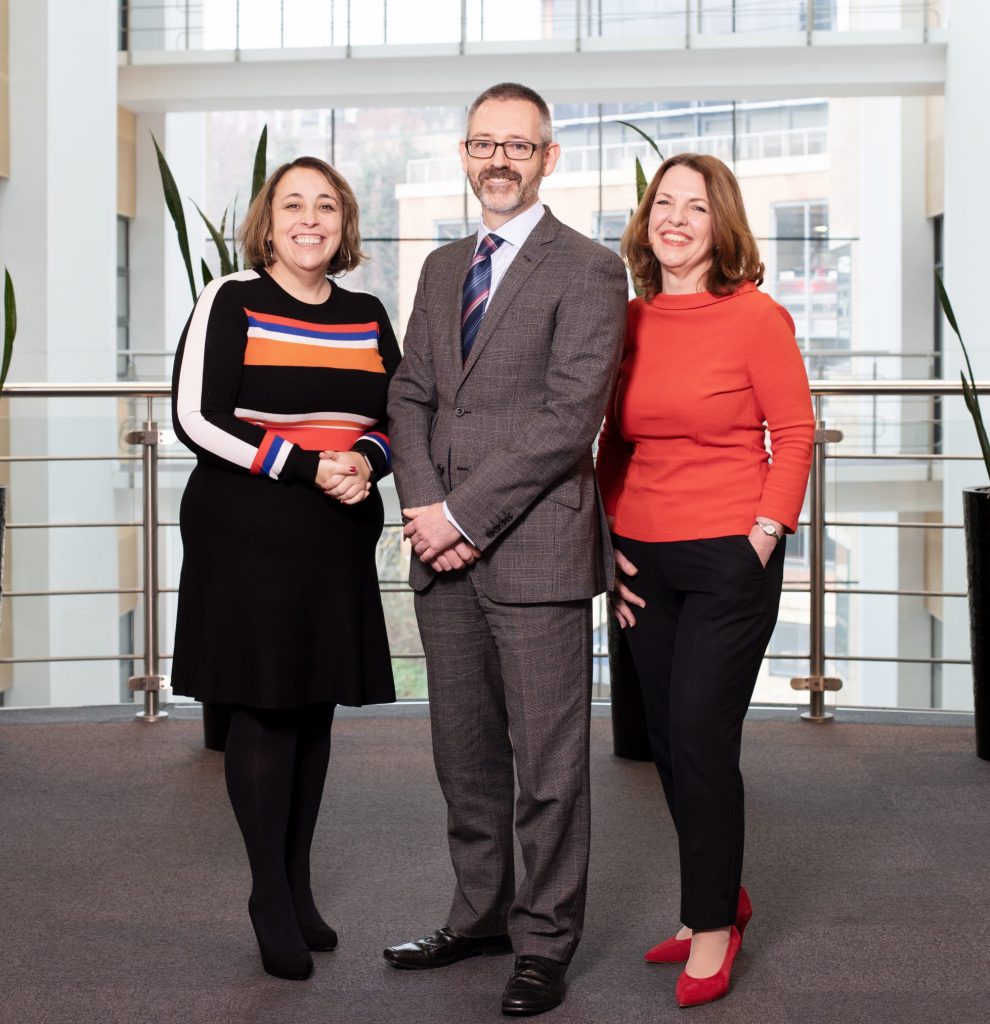