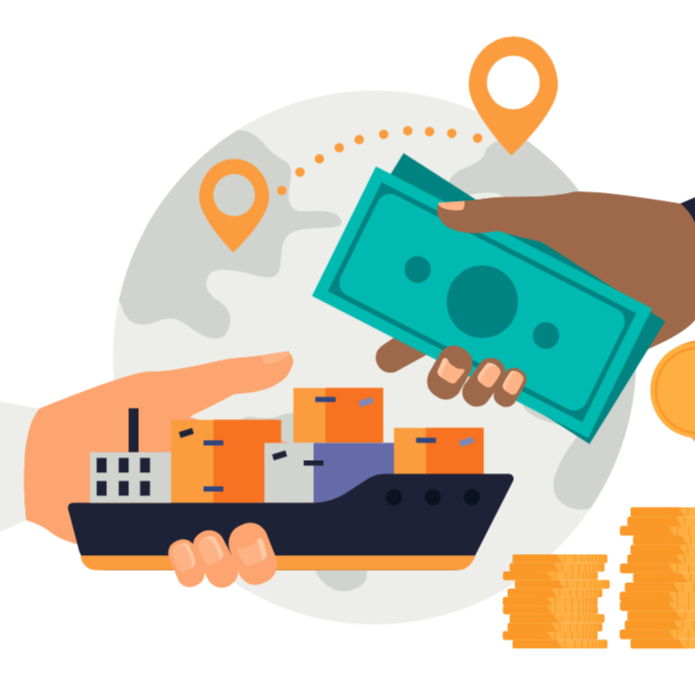 With nearly six months having now passed since Boris Johnson signed the UK’s trade deal with the EU, the Government is taking steps to turn its ‘Get Brexit Done’ slogan from rhetoric to reality. Following confirmation of a commercial partnership with Japan, news of its intention to join the Comprehensive and Progressive Trans-Pacific Partnership and the unveiling of its first eight English freeport locations, Downing Street has now agreed an enhanced trade partnership with India, which it says will create thousands of jobs and add billions to the countries’ respective economies. Steven Hugill speaks to Julie Underwood, North East England Chamber of Commerce executive director of international trade, and Philip Aldridge, North East of England Process Industry Cluster (NEPIC) chief executive, to learn more about what the deal could mean for companies in the region.

It’s a short word with much longer meaning.

Proclaiming to the nation on social media that he’d delivered an early festive present, he urged people to celebrate with him the economic glad tidings and investment trimmings the agreement would yield.

Many businesses, though, whose commercial contracts sat with operators across EU countries, weren’t as quick to share the merriment.

And as confusion reigned during the early weeks of 2021 – which meant the PM’s ‘present’ felt more like one of those festive family games that has an eye-catching box but needs innumerable batteries and equal amounts of patience to fathom its instruction sheet – many found themselves searching desperately for a gift receipt.

In response, the Government turned its ‘Get Brexit Done’ dial up another notch, succeeding a free trade agreement signed last October with Japan with confirmation of its intent to join the Comprehensive and Progressive Trans-Pacific Partnership, another free trade bloc that includes Canada, New Zealand and Singapore.

Elsewhere, its revealing of England’s first eight freeport sites – of which Teesside is one – to “turbocharge” UK business by delivering tax reliefs and simpler customs rules, was followed by talks with Australia about another tariff- free deal.

In early May, Downing Street went further again, this time unveiling a blueprint to strengthen commercial ties with India. Described as an enhanced trade partnership worth a purported £1 billion, the Government says the latter will create more than 6500 UK jobs and pave the way for a future free trade agreement between the UK and the Asian powerhouse.

According to its announcement, Downing Street says the deal aims to double the countries’ existing annual £23 billion trade relationship by 2030 and build on the 500,000-plus UK jobs it already supports.

Alongside a raft of new export contracts, ministers say the agreement has secured fresh Indian investment in the UK from the likes of IT and business services firm HCL Technologies, which has a base in Middlesbrough.

Given everything operators have gone through over recent months, the deal, says Julie Underwood, North East England Chamber of Commerce executive director of international trade, represents welcome positivity and provides firms – which have revised distribution models in light of Brexit – with potential scope to extend their boundaries.

She says: “Brexit has had a significant impact – we saw a lot of companies at the start of the year trying to get to grips with the changes in trade arrangements.

“Some businesses that never previously had to deal with any trading barriers have now put measures in place, and some of them will be thinking that if they have done that for the EU, then why can’t they then adapt for India too?

“India is a market that represents a lot of opportunity across a number of sectors.

“It is obviously very different exporting to India than it is to somewhere like France, but a number of companies have almost got the building blocks in place to, at the very least, look at it.”

And Julie says the prospects for North East firms looking to India as a possible new commercial stream are much stronger thanks to existing relationships across the chemical and pharmaceutical sectors, which have been forged over the years by the Chamber alongside the Department for International Trade (DIT) and the North East Process Industry Cluster (NEPIC).

She also says regional operators stand to benefit from the hosting of a delegation with the British deputy high commissioner in Chennai.

Originally scheduled for last summer, the visit was postponed due to the COVID-19 pandemic, but Julie says plans are in place to make it happen once restrictions ease sufficiently, with the event expected to focus on opportunities across the life sciences and healthcare, green energy and creative and digital sectors.

“There is a very strong relationship between the two countries within the chemical sector, particularly on Teesside,” says Julie.

“We ran four trade missions to India between 2016 and 2019, and each one was based around the Indian Chemical Conference, in Mumbai, with some North East companies taking part as speakers.

“Each mission took the opportunity to visit other chemical producing areas of India, including Pune, Bangalore and Vapi, and links were starting to be developed with the pharmaceutical sector too, specifically in Bangalore with the Karnataka Drugs and Pharmaceuticals Manufacturers’ Association.

“One of the biggest successes was Micropore Technologies, which is based at the Wilton Centre, near Redcar,” continues Julie.

“They attended the missions and last year set up and formed an Indian company in Hyderabad, employing a dedicated sales representative for India.”

Her optimism is matched by Philip Aldridge, NEPIC chief executive, who says the Government’s announcement can provide real thrust to the region’s process industry.

He says: “NEPIC has, for many years, established strong relations with our industry colleagues in India and led numerous trade delegations that have resulted in additional sales for both large and small members.

“The current deal will support the region’s pharmaceutical, life sciences and biotechnology sectors, along with the development of important plastic recycling technology, all of which are of great significance to NEPIC members and the future prosperity of the process industries
in the North East.”

However, Julie says it isn’t just the chemical processing and healthcare sectors that stand to benefit from Britain’s deal with India, with a virtual food and drink sector trade mission to the Asian country planned for September.

Led by DIT North East, the ‘visit’ will allow operators to get a taste of the marketplace to sense where their goods could fit in.

Julie says: “India is a huge and growing market that is seeing a sustained period of strong growth with a large youth demographic and a rising middle-class.

“There is huge opportunity, especially for producers of health and nutritional products.”

And while Julie remains wary of Brexit’s continuing impact on day-to-day operations for companies in the North East, she says the announcement of trade agreements, such as the Government’s new Indian relationship, at least provides reasons to be positive as firms enter the second half of the year.

“I think we will need at least 12 months to be able to properly reflect on the impact of Brexit on trade, given everything that has happened – and is continuing to happen – with COVID-19,” she says

“The start of the year was almost a perfect storm.

“But there is always optimism – we have always been like that as a region; we see opportunities and we try and take them.

“There are a lot of free trade agreements being negotiated, like the one with India, and they can bring a lot of benefits.

“Ultimately, anything that reduces barriers to trade and how we do business as a region and country is going to be very helpful.” 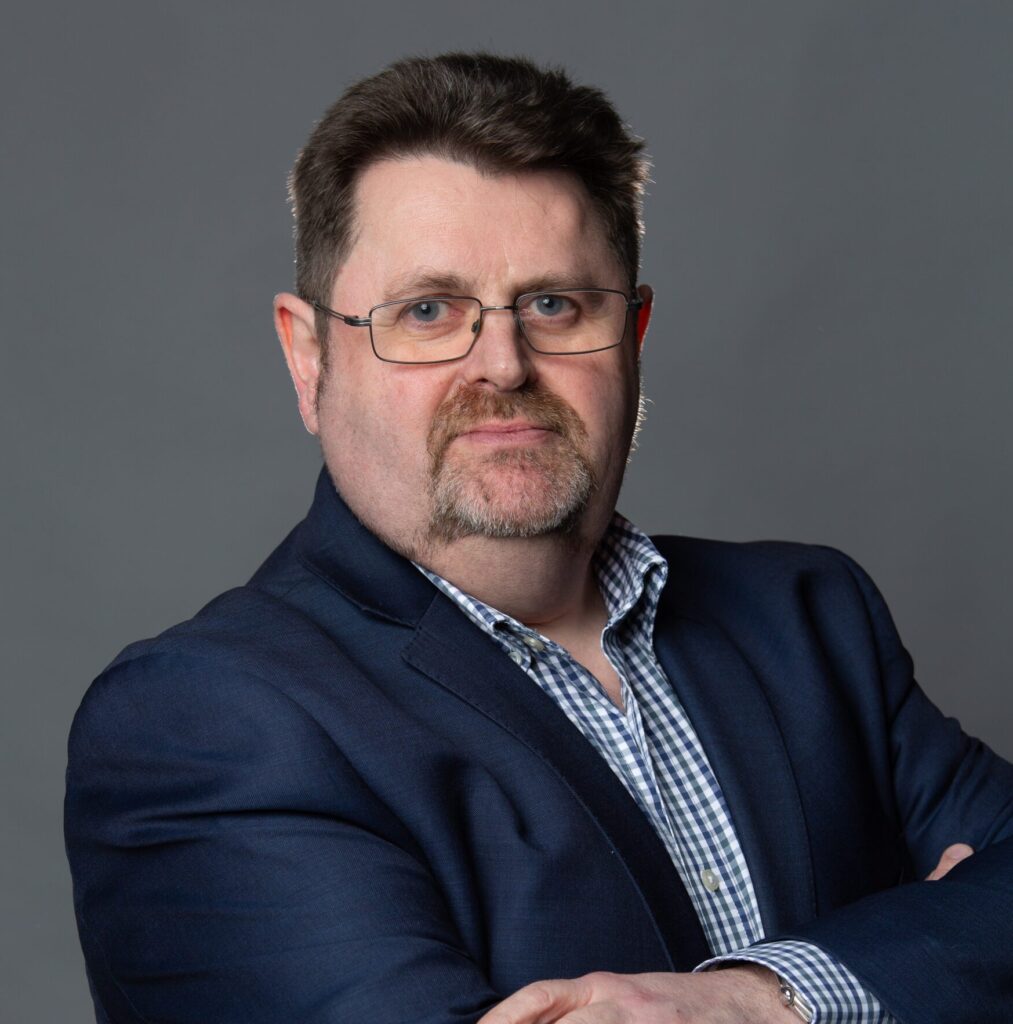