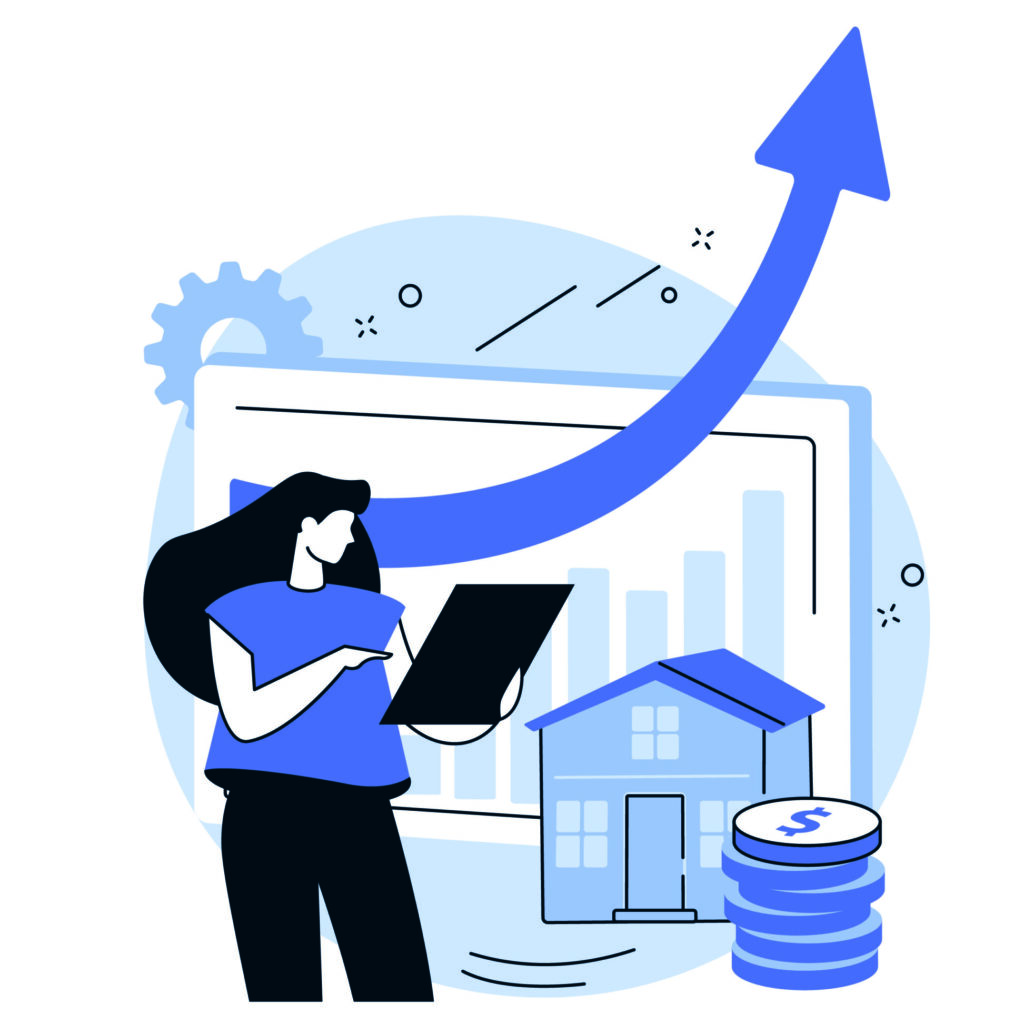 The UK property market has continued its impressive run well into 2021, according to new figures.

Online property portal Rightmove revealed the average asking price for a house in the UK jumped by 2.1 per cent in April 2021, to a new all-time high.

House price inflation was linked to a shortage of houses on the market, with some potential sellers holding off on listing their properties for sale until they have been vaccinated against COVID-19.

An increase in people looking to relocate to more spacious properties away from the UK’s cities was also cited as a major factor.

The news followed the introduction of a new Government-backed mortgage scheme to help first-time buyers or homeowners secure a mortgage with just a five per cent deposit.

Look at the UK housing market over the last 12 months and you’d struggle to believe we’ve been in a recession. Estate agents and conveyancers have never been busier and house prices have risen seven per cent year-on-year. This inflation is surely one of the most unexpected side effects of the coronavirus pandemic. But when you think about the extent to which COVID-19 has caused us to reconsider what we want out of life, is it really any surprise that real estate is red hot right now? Richard Dawson asks Newcastle Building Society’s Stuart Miller and Knight Frank’s Ashleigh Tokarski what exactly is driving housing market activity and whether the good times are going to last?

A booming housing market inevitably invites comparisons with the absurdities of the early 2000s, when it seemed anyone with a bank account could get a mortgage.

In fact, absurd is the perfect way to describe the paradox of rising house prices in the midst of a global pandemic and health crisis-induced recession.

But a closer analysis reveals things are not so absurd as they seem. Moreover, what is driving the housing market right now is very different to what was driving it 15 years ago.

Rewind to 2006 and a heady mix of cheap credit, poor regulatory oversight and an insatiable appetite for risk created a context where thousands of homeowners across the UK took out mortgages they could not really afford. This was encouraged by some lenders who, in the lead up to 2008, started offering 125 per cent mortgages so customers could buy a new kitchen and bathroom, as well as a new home.

It was also possible to self-certify how much money you earned back then if you were self-employed, allowing the borrower, and not the lender, to decide what they could afford.

The regulatory environment could not be more different today, however.

Since COVID-19 hit the UK last spring, banks and building societies have promptly tightened their lending and affordability criteria, becoming much more selective about who can access a mortgage and how much security they need to put down against it.

The self-employed and those with small deposits have been frozen out of the market as lenders, perhaps still scarred by the 2008 global financial crisis, have tried to figure out how another recession could affect their liquidity.

Yet despite all of this, house prices have grown by around seven per cent in the last 12 months, with lenders like Newcastle Building Society actually breaking records for new mortgage lending in the second half of 2020.

This calendar year has started in much the same fashion.

Average asking prices on Rightmove grew by 2.1 per cent in April alone, and the housing market looks every bit as buoyant as it was in the early 2000s.

But what exactly is driving activity this time around, if it’s not an oversupply of credit and an undersupply of regulation?

Well, on that question, there are a number of things to consider.

First of all, the Bank of England’s base rate has been stuck at a record low of 0.1 per cent since last March.

The holiday on stamp duty land tax, first introduced last July and now running through until September this year, has also injected fresh impetus into the market.

Stuart Miller, customer director at Newcastle Building Society, says: “What the stamp duty holiday does is two things – it gets people thinking about moving when they weren’t, and people who were planning on moving have probably brought that decision forward.”

The release of pent-up demand is also a key driver.

Between March and May last year, real estate activity essentially ground to a halt because of the first national lockdown, meaning many property transactions were delayed.

From June onwards, that pent-up demand started to be released and the housing market has never really looked back.

“The pressure valve was released as we started to come out of the first lockdown,” adds Stuart.

Perhaps the biggest driver though, and the one that looks set to stimulate demand in the housing market for a long time to come, is the extent to which the pandemic has caused us to reconsider what we want out of life and re-evaluate our housing needs.

In the last year, moving to a new house has increasingly become a vehicle for people to bring about change in their lives.

“The biggest impact on house prices has been people reassessing their lifestyle,” says Stuart.

“It has been people needing an extra bedroom, needing a home office, moving out of towns and cities and looking
for something more rural, or even just wanting a garden or some outside space.”

This is something which seems obvious now. But 12 months ago, nobody could have predicted just how much our housing wants and needs would be changed by the pandemic.

Another inflationary force driving house prices at the moment is one that has been around since long before COVID-19 – a lack of new homes being built to supplement the UK housing supply.

Ever since council houses began to be sold off in the 1980s, there have been periods where there are not enough homes on the market for the number of buyers that want them.

We can see this happening today as buyers compete for the few properties that are available and drive up prices in the process.

Stuart adds: “The Government is coming up with all sorts of different initiatives to try and help with this, but it’s never got to its target of building 300,000 new homes every year.

“If you then consider that housebuilders had to shut during the first lockdown, that has also slowed down the building of new houses.”

All things considered, should we really be surprised at the way house prices have risen over the last 12 months?

Ashleigh Tokarski, an associate at Knight Frank, in Newcastle, says: “I am not surprised that the housing market has held up because the residential market was in a good place before the pandemic hit and people are always going to need somewhere to live.

“What has surprised me more is the extent of the boom.

To be sure, the Coronavirus Job Retention Scheme (CJRS) has boosted confidence in the housing market at a time when fears around rising unemployment could have become a major drag on activity.

The challenge moving forward is to ensure that as the furlough scheme comes to an end, we do not see vast swathes of people locked out of the market, as indeed the self-employed and others have been so far throughout the pandemic.

“There are more people than you would think who fill out a mortgage application and don’t tick all of the boxes,” adds Stuart.

A new Government-backed mortgage guarantee should help in this regard.

The scheme, launched on April 19, will enable more lenders to offer 95 per cent loan-to-value mortgages to people with small deposits.

Stuart says: “We’re supportive of any initiative, be it Government or other lenders, that looks to try and help people get on the property ladder.”

As things stand, the outlook for the housing market in the year ahead is one of cautious optimism.

On the one hand, many of the negative economic consequences associated with the pandemic have yet to play out, in part because of the success of Government schemes.

But when the furlough scheme and stamp duty holiday come to an end this September, things could change quite quickly for the housing market.

On the other hand, the trend towards people re-evaluating their housing needs, together with low interest rates and a depleted housing supply, could stimulate the market for years to come.

Who knows, in another 12 months, we may all be pining to be back in our city centre apartments, commuting to the office every day and forgetting all about our newfound love for gardens, coast and countryside.

But one can’t help but feel that many of the changes brought about by COVID-19 are here to stay.

Stuart says: “High unemployment is one of the big risk factors for house price falls moving forward, so we plan for the worst, but our best view at the moment is a slowing down of house price inflation, rather than a correction.

“There remains the risk that we do get a correction, but I think if we can get a soft landing out of COVID-19, then we’ll probably just return to normal, steady and consistent levels of house price growth.”

Ashleigh adds: “We are yet to see the full impact of the pandemic on the economy and any rise in unemployment will feed through to the housing market.

“House price growth will slow but it will be nominal.”

Outside in
Words by Ashleigh Tokarski, associate, Knight Frank

“There will be a levelling-off of demand and prices and how people view their home will change.

“Due to the rise in working from home, people will be more willing to pay a premium for a home with a larger garden and/or an additional bedroom or reception room.

“Rural locations are also set to see a rise in demand – previously a rural, less-well- connected location may have been out of reach for those working full-time in an urban setting, but that’s not so true going forward.”

“I don’t think we can assume that the level of house price increases we’ve seen can last forever – they can’t. But, hopefully, we can come through in a reasonable state.

“You want to be optimistic for the country and the North East, and I think it’s important we remain confident in the region and confident in our ability to rebound – but we have to tread with caution.” 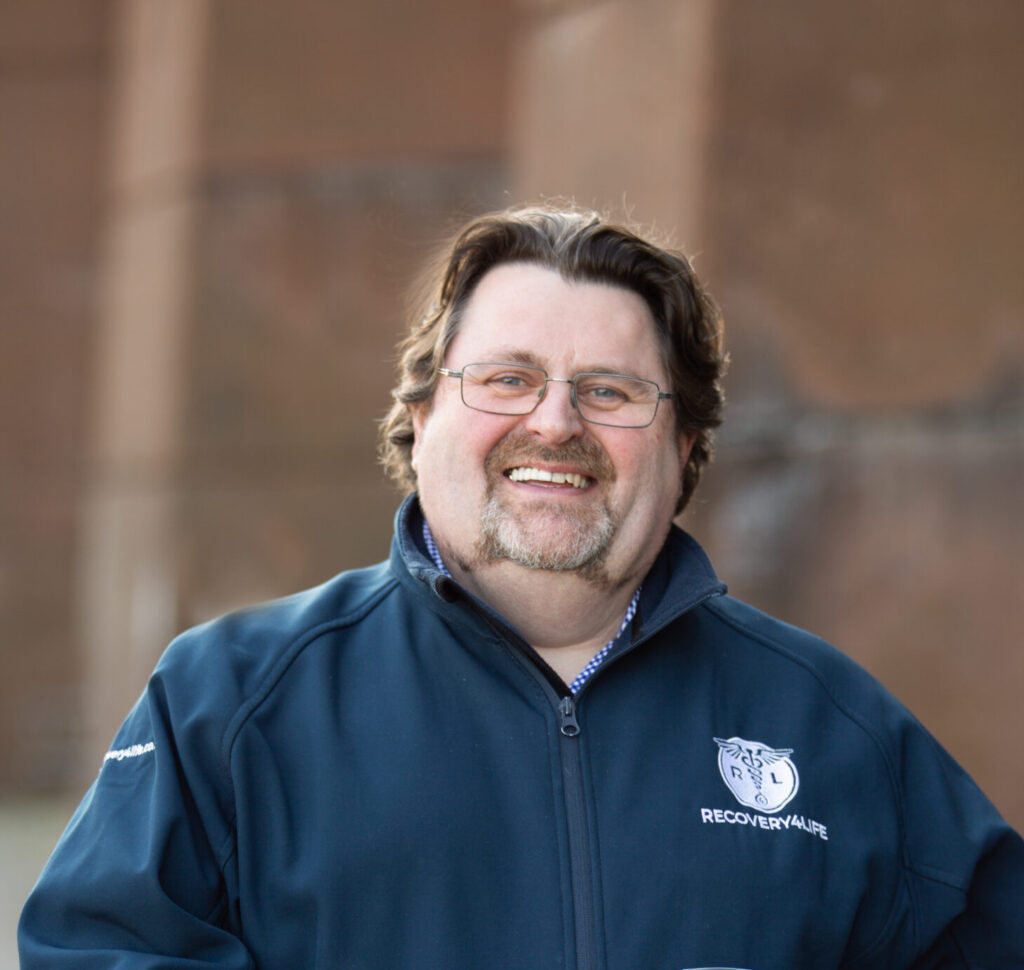 Opening up – a marathon not a sprint...