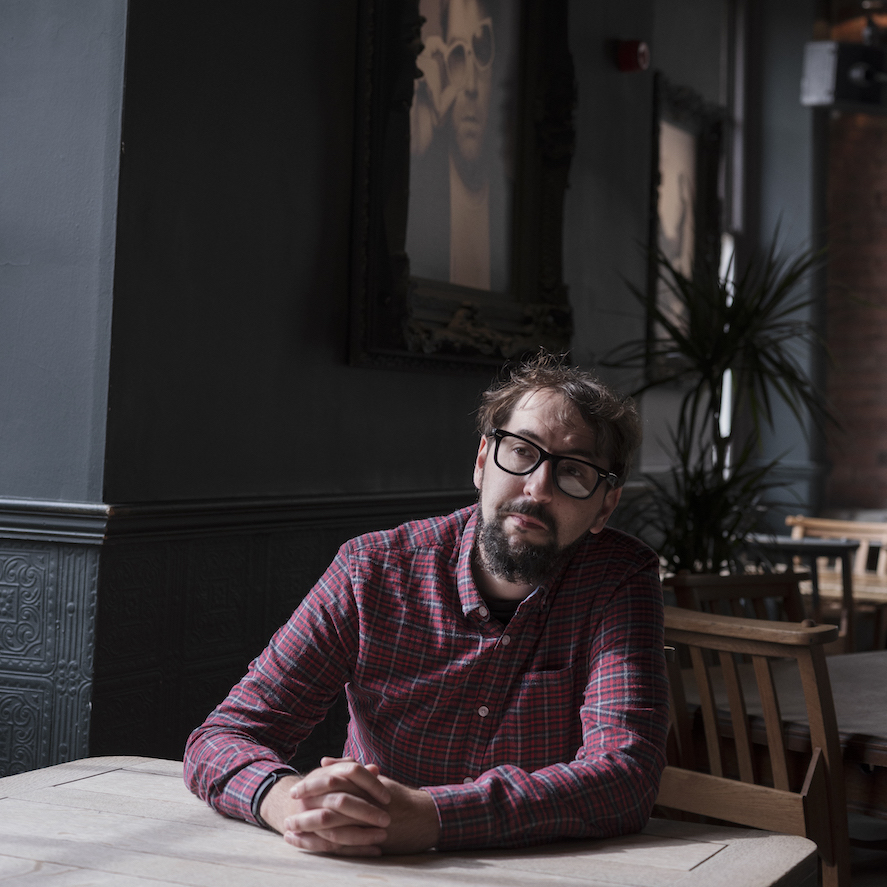 Durham-born Paul Reed has found himself at the wheel of trade body the Association of Independent Festivals (AIF) during the most turbulent time the industry has ever seen. But Paul has tackled the challenge of COVID-19 head-on, stepping up to provide an essential voice for a sector in dire need. The ex-local promoter and DJ speaks to James Hanley about his North East roots, working with homegrown heroes Maximo Park and The Futureheads and leading the circuit’s fightback against the pandemic.

It’s not quite Decca turning down The Beatles, but Paul Reed can relate to the tale of the band that got away.

It was the mid-2000s and Paul was making a name for himself as a promoter on the Newcastle music scene, organising gigs by local legends such as Maximo Park and The Futureheads, when he took a call from an agent about putting on a promising indie group at The Cluny.

“I was sent this demo that I thought was great, but they wanted quite a substantial fee – to the extent that it wouldn’t have been that worthwhile financially, even at a sell-out,” recalls Paul ruefully.

“I said I just couldn’t do it at that level and tried to negotiate a bit with the agent, but they said they would have to go elsewhere, which is just sometimes how it goes.

“It troubled me though, and I thought, ‘should I just email that agent back and do the show?’ But I didn’t and, of course, the band were the Arctic Monkeys!

“Someone else ended up promoting it and, as you can imagine, the tickets flew out.”

Still, things haven’t turned out too badly for the Easington-born 41-year- old, who is now chief executive of the London-based Association of Independent Festivals.

Paul credits grunge and Britpop for turning him on to music in the 1990s, with one iconic Glastonbury headline set leaving a particularly lasting impression.

“I remember watching Radiohead’s incredible performance on TV in my mum’s house and thinking, ‘I’ve got to get to Glastonbury,’” he recalls.

“In terms of festivals, I’d say that was a turning point.” 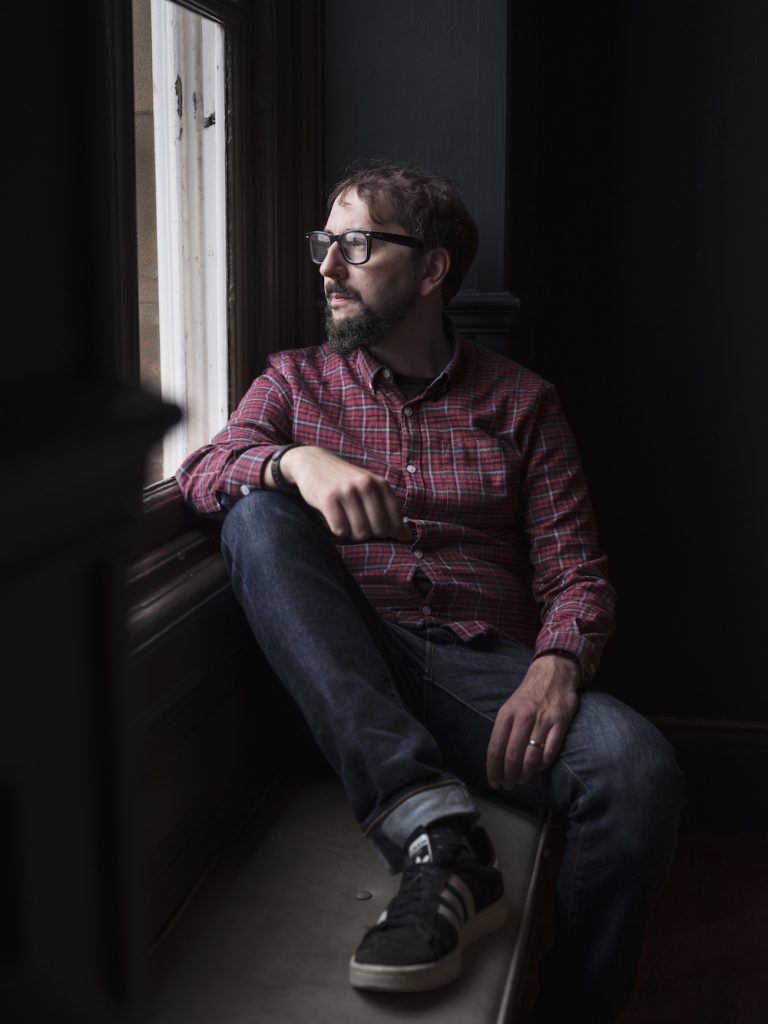 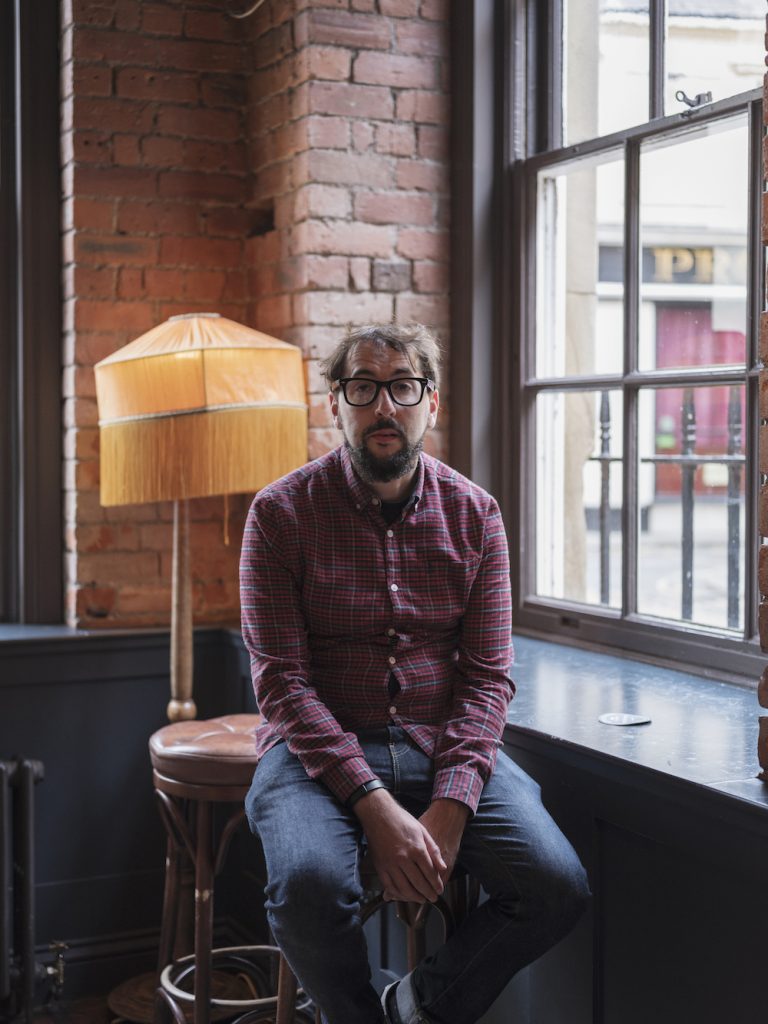 Growing up in Bishop Auckland, Paul studied at St John’s School and Sixth Form College, where he gained A-levels in English Literature, Sociology and Business Studies, before taking Law at Northumbria University – briefly, as it transpired.

“That didn’t work out, so after a year I switched to Politics & Media, which has become strangely relevant to the job that I do today,” reflects Paul, who frequently interacts with MPs in his current role and has given evidence at multiple Government inquiries.

With gigs aplenty and a student loan to burn, Paul and Newcastle were a match made in heaven.

But the idea of breaking into the music business still seemed an unachievable dream.

“Where I grew up, it’s not like you’re around other people that work in the music industry,” he points out.

“It’s not really presented as an option and it’s not something you think about as being viable, so I didn’t really know where to start.”

After graduating from university with a first, Paul did an MA in journalism at the University of Sunderland and made tentative first steps into the promoting world, starting up a rock and indie club night at The Cooperage on the Quayside.

“Someone came along who could promote the night better than I could, and that was a guy called Ben Walker,” he recalls.

“But I wanted to stay involved, so I approached him and asked if he wanted a DJ.

“And he was like, ‘yeah, go on then,’ and we ended up running that.

“When it got a bit bigger, we moved it to World Headquarters in Newcastle, which was called the Electric Circus then, and they were really fun nights.

“Ben was a great promoter and I learned quite a lot from him in terms of building up a buzz.”

Around the same time, Paul became acquainted with up-and-coming local band The Futureheads, who went on to release two UK top 20 albums and a top ten single.

“The first gig I ever put on was at The Cluny in Newcastle in around July 2003,” smiles Paul.

“It was The Futureheads, an amazing Sunderland band called This Aint Vegas and another Newcastle-based band called Mos Eisley.

“It sold out and was a huge success. It caught The Futureheads right on the cusp of their breakthrough.”

So solid were Paul’s relationships with the likes of The Futureheads (he went on to launch indie label Longest Mile
Records with Futureheads frontman Ross Millard and friend Nick Jackson in 2007) and Maximo Park, he continued to work with them longer than is standard for a regional promoter.

“I got up to the level of promoting shows at Northumbria University – 600 capacity – and national promoters were doing the other shows on the tour at that point,” he explains.

“But Maximo Park were very loyal and insisted on me doing their home town shows.

“That was a hair-raising experience because we had another venue sold out for a long time before realising it didn’t have a licence.

“We had to move it with a few days to go, but we actually ended up selling more tickets.”

Despite his progress, the precarious “win some, lose some” nature of the promotions trade left Paul at a crossroads regarding his future.

“It just didn’t feel viable that I could make a full-time living out of being a promoter in Newcastle,” he concedes.

“But I desperately wanted to work around music and make a living from it.”

In the wake of spells at RPM record shop and freelancing for music titles such as NME and Gigwise, Paul landed a gig editing the newsletter for Newcastle-based development agency Generator, which introduced him to a future ally in Jim Mawdsley, leading to his first full-time music job in 2005.

“Jim has been instrumental in my career,” acknowledges Paul.

“I worked on the artist liaison team at Evolution Festival, which he promoted.

That was my first experience of working at a festival and led to me working at others like Secret Garden Party.

“In addition, Jim gave me this job as a project coordinator for Generator. Jim’s now the chair of the Association of Independent Festivals (AIF), so we continue to work closely together.”

After two years at Generator, and an aborted attempt at tour managing, Paul took a leap of faith when London came calling.

“I was 29 at the time, so I felt like if I wasn’t going to move down south then, when was it ever going to happen?

“So, I moved down, started knocking on doors and tried to build up a bit of a network.”

Stints at community music and arts centre The Conservatoire and planning service The Event Umbrella followed.

Then, in a life-changing moment, Paul was approached by AIF, a not-for-profit trade body co-founded in 2008 by DJ and Bestival promoter Rob Da Bank and his manager Ben Turner.

“They were looking for their first full- time general manager, so I took that gig towards the end of 2013,” explains Paul.

“It was an opportunity to set the priorities of the organisation, so one of the first things I did was call up every member and pick their brains.

“I wanted to make it more prominent as a trade association, grow the membership and have some really impactful campaigns.”

Joining as managing director (he has since been upped to chief executive), Paul’s influence at AIF has been transformative.

Membership, which comprised around 45 at the time, has swelled to more than 90 and includes UK festivals such as Boomtown Fair, Boardmasters, Kendal Calling, Tramlines, End Of The Road and Middlesbrough’s Twisterella.

Under Paul’s guidance, AIF launched its now flagship Festival Congress conference in 2014, and has driven powerful campaigns on issues including legal highs, single use plastics and safer spaces at events.

“AIF was the right job at the right time,” he declares.

“It feels like I found my calling with it; it was something I could really get stuck into at a time when I had enough experience to lead an organisation.”

One of its biggest wins to date came three years ago when it successfully lobbied royalty collection body PRS For Music for a reduced live tariff of 2.5 per cent for festivals (compared to four per cent for concerts).

“We found out about a multi-venue tariff in Ireland, which was effectively a festival tariff, and put together a detailed submission to PRS, illustrating the different business models between festivals and concerts,” says Paul.

“We managed to achieve a reduced tariff for festivals and that is a huge, tangible cost saving for members.

“At the beginning, I think most probably thought it unlikely that we would walk away with a reduction.

“PRS is a huge organisation in comparison, and it was a real David and Goliath situation, but we were able to negotiate effectively.”

Prior to the pandemic, the father-of-two was pondering a new challenge after six years at the AIF helm.

Alas, COVID-19 soon changed all that, wiping out the entire 2020 festival season, as well as part of the 2021 summer calendar.

“We first discussed it in a members’ meeting in February last year,” says Paul.

“At the time, it was this distant thing to a lot of people in the UK, but we were quick to grasp the significance and immediately sought advice.

“We rapidly got a dialogue with the Government and were on calls with ministers in the weeks before lockdown.

“There was a temporary VAT cut to five per cent for businesses in the sector, including festival tickets, which was hugely helpful, and we launched an extensive media campaign around the extent to which independent festivals were at risk.”

Crucially, the AIF’s calls for festivals to be eligible to apply for the Government’s £1.57 billion Culture Recovery Fund (CRF) were answered.

“We lobbied the Department for Digital, Culture, Media and Sport hard for their inclusion and that has been a lifeline,” explains Paul.

“Across the two rounds of CRF, members had a 70 per cent success rate and unlocked over £11 million for members alone.

“Festivals are far more on the Government’s radar now.

“Something COVID-19 has reiterated is the importance of trade associations because the Government won’t talk to individual businesses, they want to talk to trade bodies that represent a significant part of the market.”

And, as he approaches his eight-year anniversary at AIF, Paul can be rightly proud of his accomplishments to date.

But he has no plans to call it a day any time soon.

“To be honest, pre-COVID-19, I was starting to think, ‘what’s next?’ But I want to see the industry through to full recovery,” he adds.

“The Government likes to use the phrase world-leading, but our festival industry in the UK is truly world-leading.

“I love working in the live music industry and I see it as the place where I will hopefully be for the foreseeable future.” 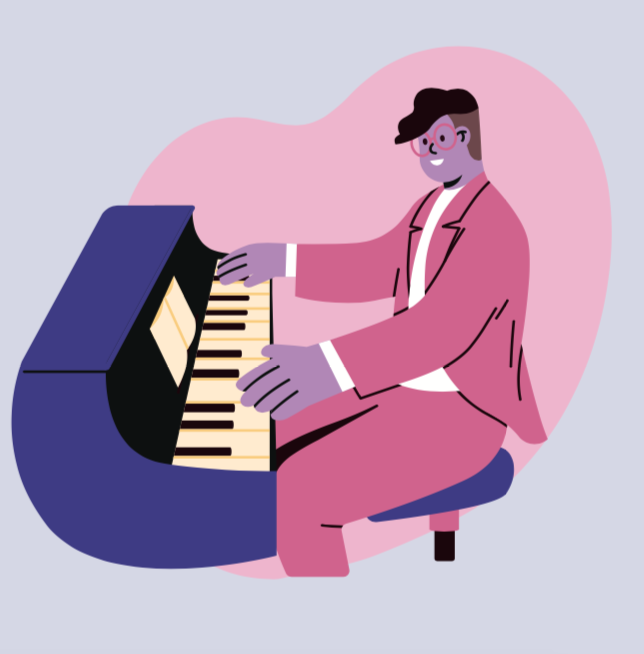