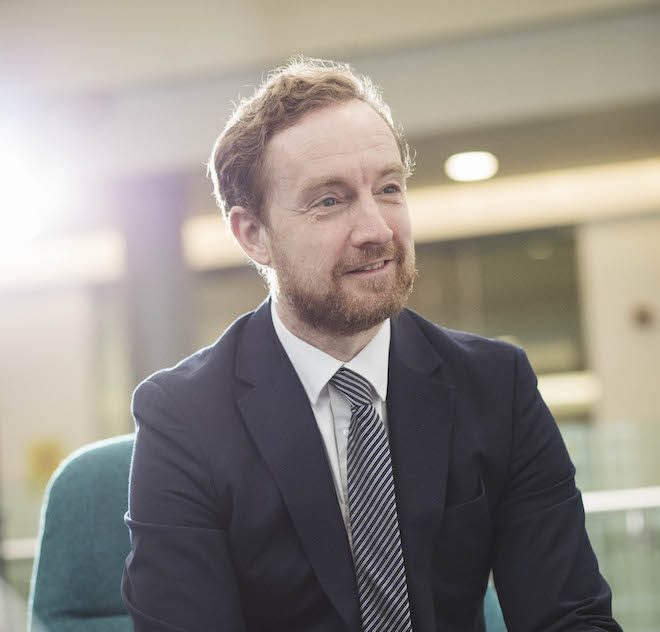 A strong education is the backbone of any strong career, as David Alexander can attest. As a teacher’s son, he understood from an early age the life-changing impact learning has on long-term success and wellbeing. And now, as recently appointed Gateshead College chief executive and principal, he’s combining his knowledge and experiences with the college’s commitment to deliver students a unique employment edge. Here, David tells Steven Hugill more about his plans to boost opportunities for students and why the college is primed to stand at the vanguard of the Government’s vision to create pathways for people to embark on lifelong skills journeys.

“People shape your journey and I’ve been extremely lucky with mine. “I’ve received good mentoring throughout my life, which has set the foundations for my career.”

The son of a teacher who progressed to be a deputy director of education and set up his own business, David Alexander knows all too well the power of education and its impact on cultivating career success and life opportunities.

His understanding though, branches beyond his family tree, to his early days of employment, where he saw first hand how practical learning – helped by personal and industry partnerships – could fuel palpable progress.

Having swapped an accountancy office at the beginning of the millennium to work for what was then Glasgow’s Stow College, David was afforded a transformational window into the world of education.

He witnessed the influence of a strong and supportive learning environment on students’ development, the importance of business collaboration to their practical understanding, and the value of fostering a culture that inspired creativity, nurtured individual talents and provided lifelong skills.

Those experiences continue to live with him today as Gateshead College’s recently appointed chief executive and principal, and he is channelling that ethos across the organisation from the curriculum to the cafes, embracing and building on what is already in place.

He says: “One of the things I was told from an early age was to understand that education changes lives by creating opportunities which shape futures.

“That is a message that flows throughout this college.

“We are a people organisation, and every single person here plays a role in our students’ experience and outcomes.

“A teacher can only stand in a room with students because of all the support that goes alongside that throughout the college – the staff in the cafe can tell you as much about our students as our teachers can because they are so engaged with them.

“Everybody here makes a difference to students; that’s what this college is all about, it’s nothing without their passion and commitment and we have that in abundance.

He continues: “The connection extends to the governors too.

“We recently held a conference that saw governors spend time meeting students and experiencing practical demonstrations from across the college, and they were really impressed by what our students were achieving and also in their confidence and ability to engage.”

However, David, who grew up in Uddingston, South Lanarkshire, and arrived in the North East from West College Scotland, says there remains scope to further strengthen support for students’ development, with increased industry collaboration a crucial element.

The college already works with many partners, including SMEs, to provide students with the very best career opportunities through what it calls education with employment edge, which moulds the highest standards of education with the real-world skills so sought after by employers.

However, David – whose time in Scotland saw him work on a Clydebank campus site formerly used as a shipyard to build the QE2 – sees opportunity to forge even greater links with North East businesses.

And intrinsic to this, he says, are programmes such as the college’s successful PlanBEE venture.

Launched in 2013 alongside Newcastle’s Ryder Architecture and other industry partners to plug skills gaps, the higher apprenticeship programme educates the next generation of technical and professional staff across the architectural, engineering, building services and construction and site management sectors.

Such has been its progress, that the programme is supported by a consortium of more than 20 local and national businesses, with a separate endeavour now running in Manchester alongside the city’s council.

“Employment edge, if you drill it down, is about giving students lifelong skills that will serve them in work,” says David.

“It isn’t just about academic knowledge and technical skills, though, it’s about employment skills; it is about being as prepared for a profession as it is for a lesson.

“Students want personalised learning journeys and employers are increasingly wanting the experience we provide to be personalised around their respective cultures and workplaces too.

“And we deliver that through PlanBEE, which is sector-leading.

“But it’s not just about learning different skills, PlanBEE means they learn different cultures too, and that is vital.

“And we’ve already had discussions over how we can look to roll it out further,” adds David, whose tenure at the college began in June.

David says the college can further augment its promise of education with employment edge by maximising opportunities that sit – literally – on its doorstep.

With its Baltic Campus situated next to the new six-storey Riga office building – home to film and computer game artwork creator Atomhawk and Northern Gas and Power – the PROTO digital hub and the Northern Design Centre, David says prospects abound.

With digital students, as well as sport and health and social care students, already using PROTO’s technology to enhance their education, David reveals the college is speaking to officials behind the planned £260 million Gateshead Quays international conference and exhibition centre to provide opportunities across curriculum areas, from construction to media and hospitality, and these are already being realised.

“Collaboration is crucial to what we do,” he says.

“How can you give students the very best work experience and lifelong skills if you don’t work in partnership?

“You absolutely have to, and that is why community is so important to us.

“Our role is ultimately about meeting local needs first and foremost, regional priorities and national outcomes.

“And there is a real opportunity to do that because we have some fantastic organisations around us, like the Baltic Centre for Contemporary Art, Sage Gateshead, the council and Queen Elizabeth Hospital.

“We’ve also got the HMS Calliope Royal Naval reserve base down by the river, and I’m really pleased that we’ve recently signed the Armed Forces Covenant to strengthen our relationship.

“They all represent wonderful opportunities to harness our collective community influence and take forward a real positive future for Gateshead and our students.

David adds: “I’m also really keen to personally get more involved in this community; this is the best way to make connections which might lead to interesting opportunities. For example, I was walking in town recently and came across the artist Alexander Miller.

“I went into his studio on Grey Street to have a look around – we got chatting and he said he would come along to the college.

“Everywhere we look there is progress and that means opportunity, not just for the college but for our students too.”

Creating and retaining such links to industry, says David, will also help the college sit at the forefront of a new Government skills drive.

Launched earlier this year, the Skills for Jobs White Paper aims to revolutionise the further education sector by introducing a Lifetime Skills Guarantee, which ministers say will offer retraining for adults across the entirety of their working careers. 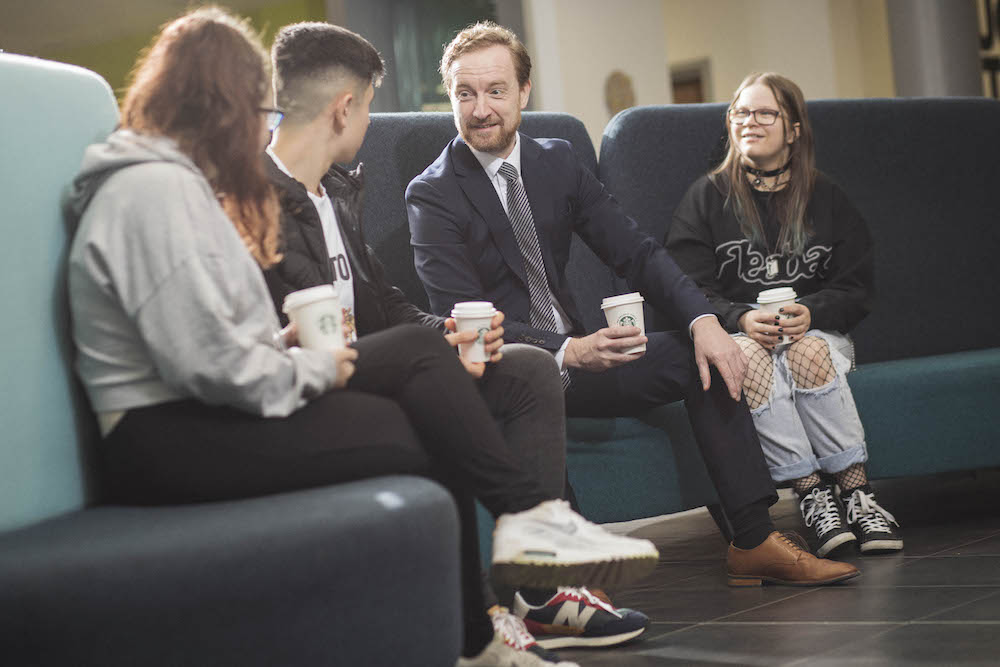 “The white paper is still emerging, and we need to see what comes of it,” says David, who has already met several local employers, including Ford Engineering and Northumbrian Water, since taking up his post.

He continues: “But we essentially know what is at its heart – the Government wants to ensure people continue to reskill, upskill and learn new skills throughout their lives.

“And for Gateshead College, it represents an opportunity to set a foundation to deliver those opportunities long into the future.

“We will lead that lifelong learning journey, by continuing to inspire successful student outcomes and transforming communities through our education provision and support, and by continuing to deliver our employment edge.

Everybody here makes a difference to students; that’s what this college is all about.

“A lot of the employers we work with are SMEs and I’m really interested in how we can further work with them to shape students’ skills for the benefit of their respective workplaces and this might need a more creative approach.

“I’ve also spent quite a bit of time meeting community partners and other college principals, because, in the emerging education landscape, it is important we work together to drive this positive change.

“Our collaborative approach can be so powerful.”

He adds: “We can’t ignore that the college has gone through some difficult times recently but we’ve emerged as a stronger organisation.

“And, crucially, throughout the pandemic and Brexit, the focus on students and their success has remained unwavering – and the team ethic that has delivered that will continue taking us forward.

“This college delivers strong outcomes; even amid a pandemic, our achievement rate for 16 to 18-year-old full-time students remains above 90 per cent.

“We are delivering for employers, we make a real difference with the high- quality, skilled, work-ready individuals we provide them with, but equally we know we have to continue evolving.

“There is a wonderful authenticity here, with people right at the college’s centre, and both our students and our community will remain at the heart of everything we do.

“You only go two ways in life, forwards or backwards.

“You can’t tread water and we owe it to our students to look to the future.” 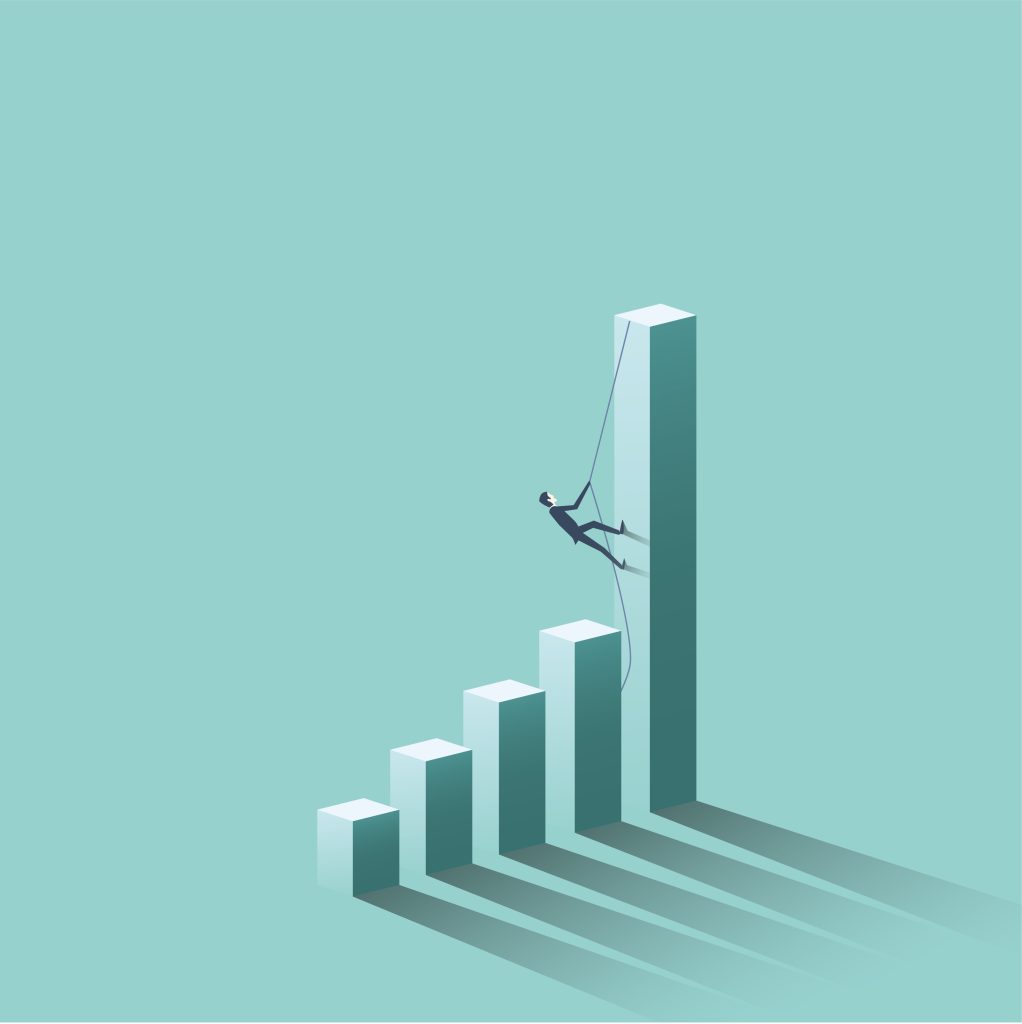