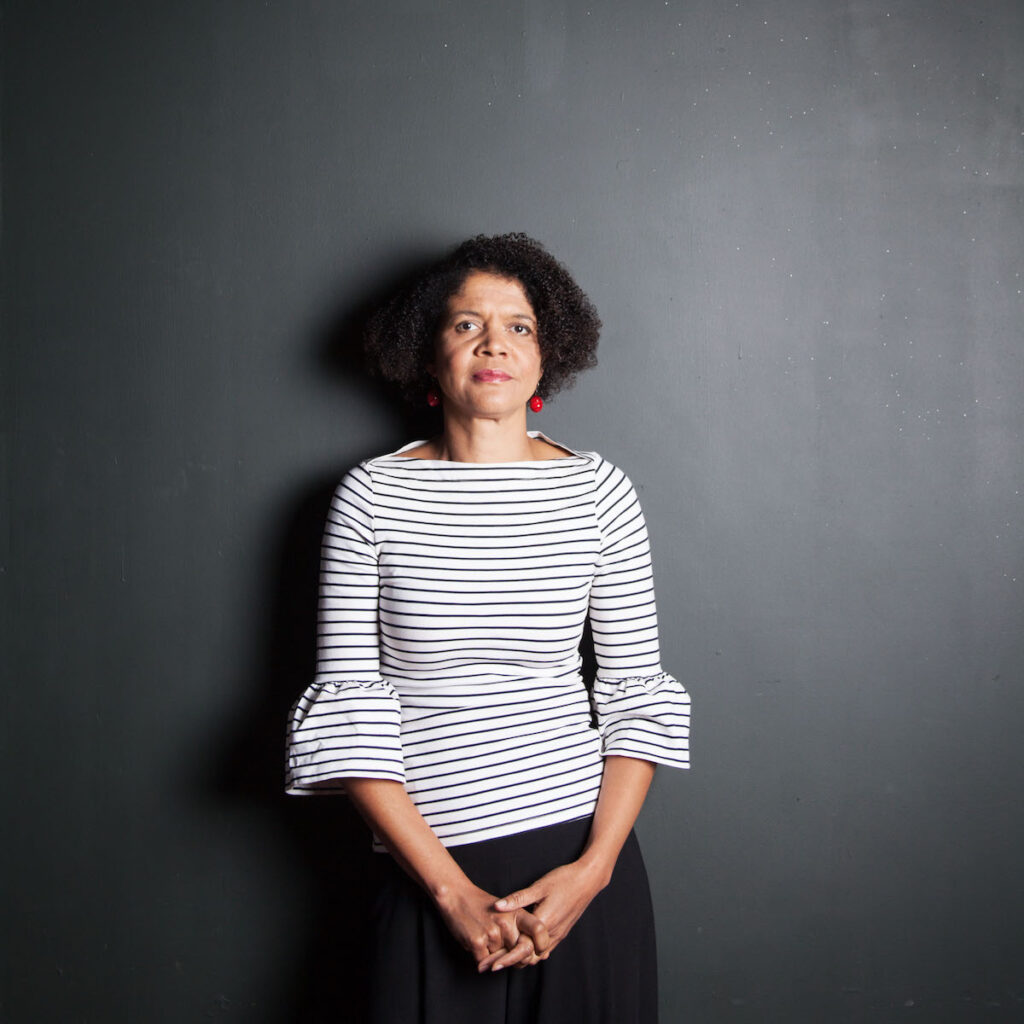 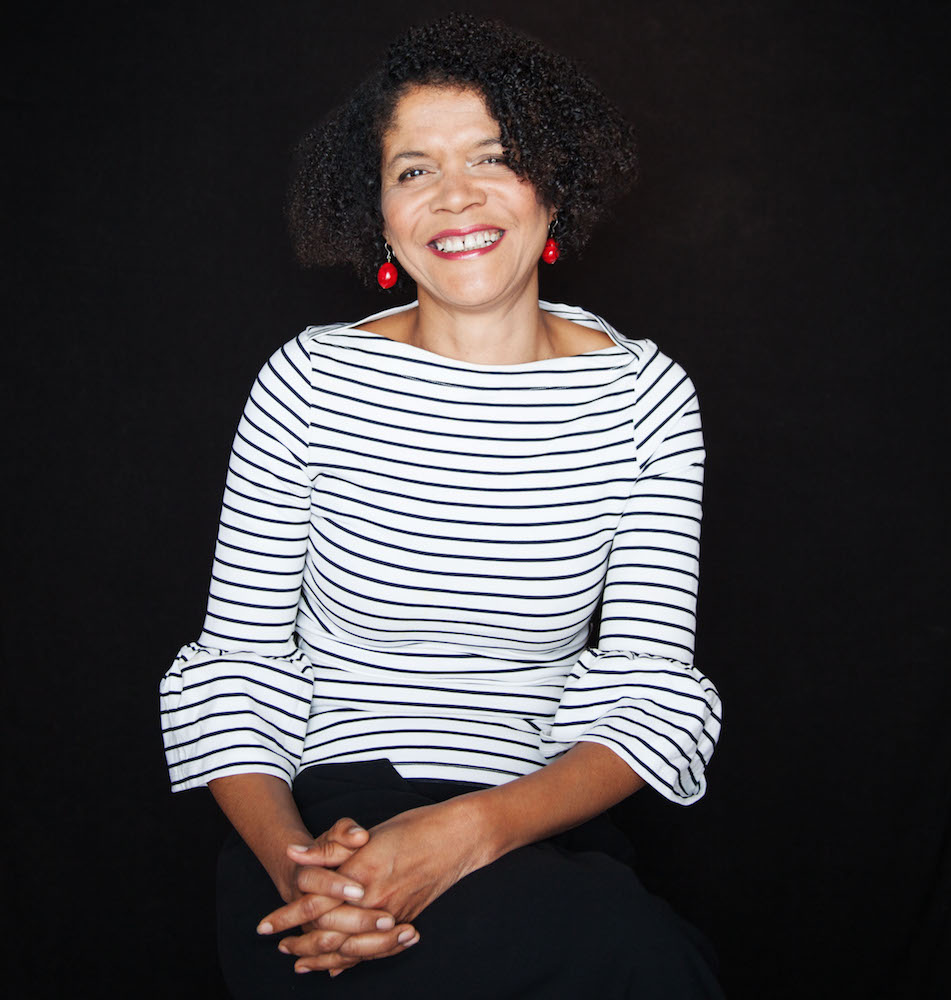 Chi Onwurah grew up on a Newcastle council estate before she won a scholarship to study engineering at Imperial College London. She forged a successful career in the male-dominated field before entering another – politics. Chi was appointed the MP for Newcastle Central in 2010 and became Shadow Minister for Business, Energy and Industrial Strategy in late 2016. She talks to Alison Cowie about growing up on Tyneside, her political aspirations and being referred to as ‘Mr Onwurah’

What’s your fondest memory growing up in Newcastle?

I’ve so many fond memories, but if I had to pick one, it would be going blackberrying with my family. I grew up on a council estate in Newcastle, but we’d go less than a mile down the road – to what was then the old railway track – and spend the day picking blackberries. My mum didn’t bake very much but she could make a really good crumble, which we’d have with Dream Topping. It was the most delicious thing, partly because I had the sense that I’d really earnt it. We had no money at the time, but this was something that the family did together. My favourite pudding is still blackberry crumble – but with proper cream.

How do you feel the city has developed since your childhood?

I was blackberrying two weeks ago near Manor Park so some things are exactly the same. But the city has changed hugely – and for the most part, for the better. There are a lot more tourists and students nowadays. The night-time economy has always been there, but now there’s something for everyone. The city’s a lot more cosmopolitan. When I was growing up there were very few black children, whereas now, people from all over the world come to study, and to work in Newcastle, and, while we don’t have the big sources of employment, like the Armstrong Works or the shipyards, we have lots of small, dynamic businesses. That said, you still meet everyone you know walking down Northumberland Street.

Prior to politics you describe yourself as having a ‘fulfilling career in engineering’. What first attracted you to this sector?

I can’t really remember a time when I didn’t want to be an engineer. All kids are curious and want to understand how the world works and for me that came from science and engineering. I remember as a child playing in the bath with objects to see if they floated. I would also take things apart and try to put them together.

Do you feel as though your experience in engineering was different to your male counterparts?

I was almost always the only woman in the engineering department, and while I worked with many, fantastic men – all my mentors at the time were male – my experience was different. I was regularly addressed as mister, or if I answered the phone in the office, people would assume I was the secretary. I also remember going to a conference in Washington DC and the group activity afterwards was to go to a pole-dancing club! The conversation was typically a series of sexist jokes until it moved on to working in Africa – which would inevitably turn racist. Having said that, the thing about engineering, which is different from politics, is that something either works or it doesn’t. So if the circuit boards I designed worked – and they did – nobody could argue with that.

There is a lot focus on getting more females involved in STEM. Do you agree and if so, how can it be achieved?

I absolutely agree. If you don’t have technology that represents humanity – and it’s only designed by a very narrow group – then it won’t make life better for everyone. Tech is also a great career and women shouldn’t be excluded from that.

When I went to Imperial College London, I won a Women in Science and Engineering Scholarship – so, 30 years ago, people were trying to encourage more women into the sector. Unfortunately, the proportions haven’t changed much.

I’m a big fan of gender-neutral toys and access to better career advice. Also, having engineering companies – and many great ones in the North East already do this – go into schools to show pupils what an engineer actually does and the fantastic careers that are available. There also needs to be more help for women who want to return to work after having children; we need to create a culture that welcomes and values women [into engineering].

What led you into politics?

My mum was a hugely committed Labour Party member. She was born in 1927 and grew up in the Depression years in real poverty on Newcastle’s Quayside. My mum had six siblings, only one of whom survived into adulthood. She recognised that having a free school down the road, living in a council house, and having access to the NHS were there because of political struggles by working class people. Growing up, we’d talk politics – and football. I joined the Labour Party when I was 16 and I was elected as the Labour MP for the Kenton School in mock elections when I was 17. I was always interested in politics but, like a lot of women, I didn’t think of it as a career. Politicians didn’t look like me and I didn’t really know how you went about it, but I thought to represent the people you grew up with must be a fantastic honour and privilege. The Labour Party then started championing all-women shortlists, and when the MP for Newcastle Central, Jim Cousins, announced that he was retiring in 2009, I thought, if I’m ever going to do this, now is the time. I didn’t expect to be selected.

Have you experienced sexism or inequality as a female politician?

The figures show that politics is male-dominated, although the Labour Party is less so, in terms of number of MPs, and after the next General Election, it aspires to have 50 per cent female MPs. The House [of Commons], however, remains a cross between an old boys’ club, and a male public school. I obviously haven’t been to either, but that’s what comes across. Politics affects everyone, so it should be as open to women as it is to men – from all backgrounds. In terms of my own experience, I do tend to get much more aggressively trolled on social media, and I still get addressed as mister in correspondence.

What drives you as a politician?

Making things work for the people who I grew up with, for the people I now represent, and for everyone. This includes male and female, black and white, middle class and working class, but particularly those people who have been ignored or side-lined. I work to get better services and facilities for the North East, and secure investment in jobs and the economy.

Although your constituency voted to remain in the EU referendum, it was by a narrow margin, and 58 per cent of North East voters opted to leave. Why do you think the region – and the UK – chose to leave the EU, and what would you like to see happen in the next two years to manage the transition?

The vote was over a year ago but people are still interpreting it in different ways. There still hasn’t been enough done to talk to and listen to people. There was a huge amount of anger at the political elite that came after six-or-seven years of austerity – and the North East suffered in particular. There are some people in Whitehall who have no idea where Newcastle is – never mind places such as Consett. That kind of marginalisation had specific economic consequences and created a huge amount of ill feeling. It also didn’t help that for 30 to 40 years, political parties blamed Brussels for everything and took the credit for anything that was positive. It meant the EU was the natural target. There was a sense of anger at the impact that immigration has had, particularly on certain sectors, while professional people have largely been shielded from this.

I think there are huge challenges ahead. We want to rebalance the economy in the UK, but we don’t want to do this by losing international investment. Some people mocked me when I said I had constituents who had cried themselves to sleep at night because they were European citizens and didn’t know what their future was. But these levels of uncertainty are hugely destructive, personally and for our economy. It also raises community tensions.

You’re Shadow Minister for Business, Energy and Industrial Strategy. If Labour was in power, what policies would you look to implement, and how would these impact business owners and employees?

[Labour] believes that investing is the way to grow the economy and to face the challenges of Brexit. In our manifesto, we state we would create a National Transformation Fund to invest in infrastructure and, in addition to this, we’d have a £250 billion fund for a National Investment Bank, that would have a regional focus. This would mean the end of austerity.

We’ve worked closely with Mariana Mazzucato – an Italian economist who lives in the UK – to develop a mission-orientated industrial strategy. The Labour Government would set out long-term visions in specific areas. One of those would be in climate change, where our mission is to decarbonise our economy by 60 per cent by 2030. This would be hugely beneficial to the North East, as we have a lead in clean energy technologies.

Another mission is to create an ‘innovation nation’ where three per cent of our GDP would be invested into research and development This would meet OECD targets, and would represent a massive increase in investment in this area. We’ve also set out that this would create one million good, high-skilled jobs. We want to have the highest proportion of high skilled jobs in the OECD.

Although things are improving, statistics show that women still lag behind men in terms of entrepreneurship, board positions and equal pay. What would you do to address these disparities?

There needs to be a number of things done, but the Government is being far too slow and reactive. At the heart of [Labour’s] Industrial Strategy is diversity, and we would bring in reporting requirements for the gender pay gap and for the number of women on boards. We’d also encourage industrial trade bodies to sign up to diversity charters, to create more visibility and transparency. Critically, we’d also implement a National Education Service. When I was campaigning in the General Election, I met so many women who felt they’d made the wrong choices at school or had to leave education for caring responsibilities. They wanted to reskill but, if you’re over the age of 24, you don’t have the access to free education. I’m the chair of the All-Party Parliamentary Group for Adult Education and it’s something I feel really passionate about. The National Education Service would act like the National Health Service and would provide access to life-long education. I think it would help to transform the skills sets of women, in particular. 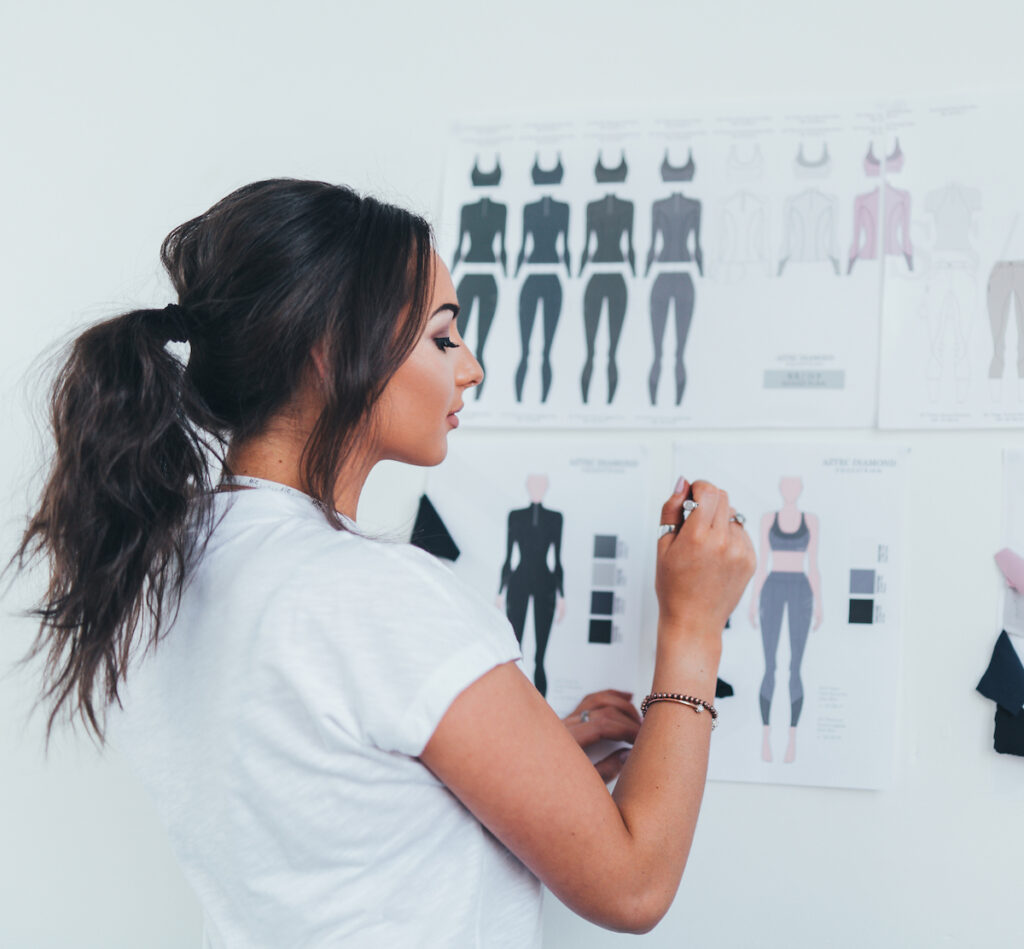