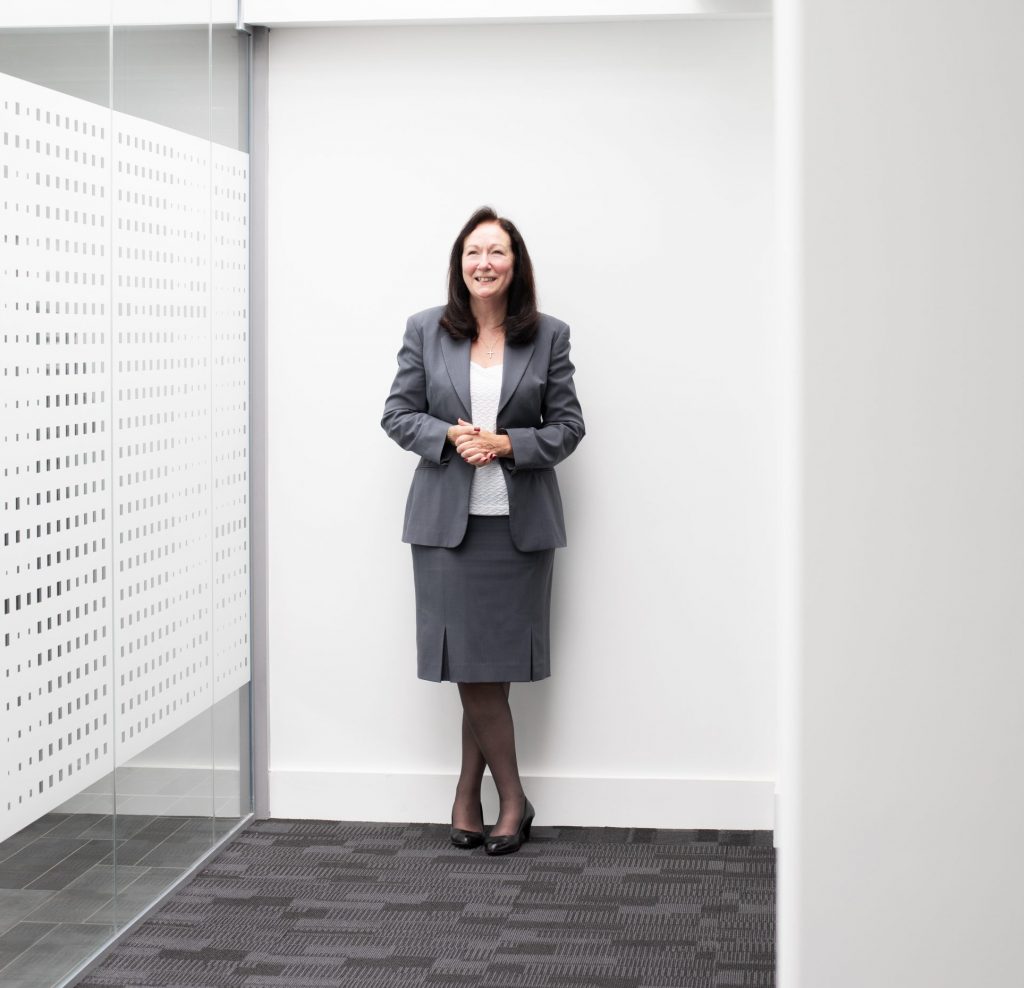 Last year, Newcastle city centre-based Shared Interest invested £62 million to 397 Fairtrade organisations in 59 countries. Here, its managing director, Patricia Alexander, reveals more about the community benefits society’s values and how it is using investors’ money to transform the lives of some of the World’s most disadvantaged communities by helping them to trade their way out of poverty

Tell me about your background?

I studied to be an accountant at Northumbria University and spent a large chunk of my career working for manufacturing companies in the North East. I became managing director of a Wallsend-based manufacturer but when the MD who I had taken over from died of a heart attack, aged just 52, I realised I didn’t want to be doing that job for the rest of my life. I left that job and ended up working at Minsteracres, a retreat centre run by monks and nuns, as its operations director. I then saw the job advertised at Shared Interest.

What attracted you to the role at Shared Interest?

Shared Interest seemed to align with my personal values and principles. I also thought it would be something that I’d really enjoy. I’ve been in the role for 12 years now and it’s my dream job. Even when I’ve had a challenging day, it’s very satisfying to know you’re doing good to someone, somewhere.

What is Shared Interest?

We’re known as a community benefit society. People invest withdrawable share capital in us, from £100 to £100,000, and we lend these funds to businesses involved in fair trade. These can be based in Europe and North America, on the buyer and trading side of fair trade, but mainly we lend to cooperatives in Africa and Latin America that are producing everything from coffee and cocoa, to bananas, quinoa and handcrafts. We have 33 members of staff in total and have offices in Kenya and Ghana, Peru and Costa Rica, as well as our head office in Newcastle.

Is Shared Interest a unique concept?

There are other social lenders – which is what we are classed as – but we are the only one that operates on the scale that we do. We’re set up to reach the very small, and often the most disadvantaged, producers.

Why was Shared Interest established in 1990?

We evolved out of Traidcraft, which has always worked in the fair trade arena. The ethical retailer was finding that the producers they wanted to buy from didn’t have the finance to buy materials and tools to make their products, or have the ability to pay workers’ wages. They realised they needed to provide some sort of pre-finance and commissioned a research project which several dignitaries from the North East of England finance sector contributed to. Out of that came the Shared Interest concept. We’re a separate entity from Traidcraft now but we still work closely with them.

What about the Shared Interest Foundation – was that established at the same time as the society?

The foundation is our sister charity and was established in 2004. If you look at the rules that govern a community benefit society, you are very limited with what you can do with any profits. You can’t give them to your shareholders – people can’t get more out of the society than they put in – but you can make charitable donations. It was therefore decided to set up the Shared Interest Foundation, where we use the profits from the society to fund business training and support activities.

What kind of business training does the foundation fund?

We often find in Africa and Latin America that the farmers know how to grow crops but they don’t know how to run a business. We want them to be successful so that they can repay our loans – which is the object of the society – so our training often centres around helping them with the very basics in business planning and quality control. For example, some co-ops, particularly those in handcrafts, don’t understand that if someone orders 20 products, they need to look alike.
We also support cooperatives with financial planning, governance and stakeholder relationships. The training usually lasts a couple of days and we then follow this up with mentoring.

How do you find the cooperatives?

Everyone who we lend to has to be certified fair trade, either by being members of World Fair Trade Organisation [WFTO], or being associated with other labels that are compliant with the principles of fair trade, for example Fair for Life. This way, we can ensure that our investors’ money is going to groups that are behaving in an ethical manner and that are treating their workers correctly.

Why do the cooperatives need supporting in this way?

There is a great deal of pride among the people who we help –despite them often being desperately poor. They want to be able to provide an income for their family. Commercial banks will not lend to small handcraft groups or agricultural commodities so we’re often their only source of finance.

Can you give any examples of the impact Share Interest has made?

We carry out a lot of studies that collect data on groups we’ve worked with to see how they’re progressing.
Just one example is we started working with some Maasai women in 2009 who were making jewellery, belts and dog collars. We gave them a very small loan, which allowed two of the women to go to a trade fair in Vienna. Since we’ve started to work with them, they’ve started to export their products and sales have grown. The women can pay for education for their daughters and some have gone back to school to learn to read and write themselves. We gave them another small loan, around $5000, to be able to bring electricity into their village and they have now become even more entrepreneurial. They are selling phone charging services to the local people and someone has set up a hairdressing business. They’ve even managed to build a clinic on their grounds. The finance has really empowered these women, which is a knock-on benefit to what we do.
We have lots more examples like this.

Why do you think people invest in Shared Interest?

I think we got to a point a few years ago when people got very disenfranchised with the banks and what was happening and, to some extent, we benefitted from this because people wanted to have a more ethical way of investing their spare cash.
I also think people who invest with us do so because they support Fairtrade, or they believe in the cooperative model of ownership and control.
The vast majority of our accounts are held by individuals but we also have some groups, such as rotary groups, churches, councils and schools.

How do you ensure the funds do go to the people who need it?

We have people on the ground who carry out due diligence. They visit the cooperatives and talk to the individual farmers and producers. They get to know the people and the business. This, along with the Fairtrade certification, means we can be as certain as we can be that the finance is going to the right people.

What is Shared Interest’s biggest challenge?

There are so many demands on people’s finances now. You’ve heard of the bank of mum and dad; but grandparents are helping their grandchildren to get into the housing market.
International development has also had quite a lot of bad press lately with the problems at Oxfam, but what people sometimes seem to forget is the good that it does and the possible outcomes it has. If people in the developed world don’t help people in the developing world, then who is going to?

You mention the issues regarding Oxfam. Charities and other social organisations are under scrutiny more than ever. How does Shared Interest deal with this?

Transparency and a high level of member engagement are very important to us. We create Social Accounts each year – which is like an Impact Report – and as part of this, we consult with our customers, investors, staff and partners to see how they feel we’re delivering against our mission.
We’re also currently in the middle of a series of members’ meetings across the UK where we can tell investors what we’re doing with their money, giving them examples of the people we’ve lent the money to and the impact that’s made.

What are the short- and long-terms plans for Shared Interest?

We’ve just carried out a strategic review for the society and one of our objectives is to work more in Asia. We really struggle to lend in countries like India, Bangladesh and Nepal because of the financial regulations of those countries, but we are looking at possibilities in Vietnam, Sri Lanka and Thailand, where there are fair trade businesses that we can support.
But our main aim is also to stay relevant so that we can continue to help cooperatives. The number of people who want finance from us is greater than the finance we have available. I guess when that pipeline dries up, then we’ve succeeded in our mission. But I think we are a very, very long way from that. 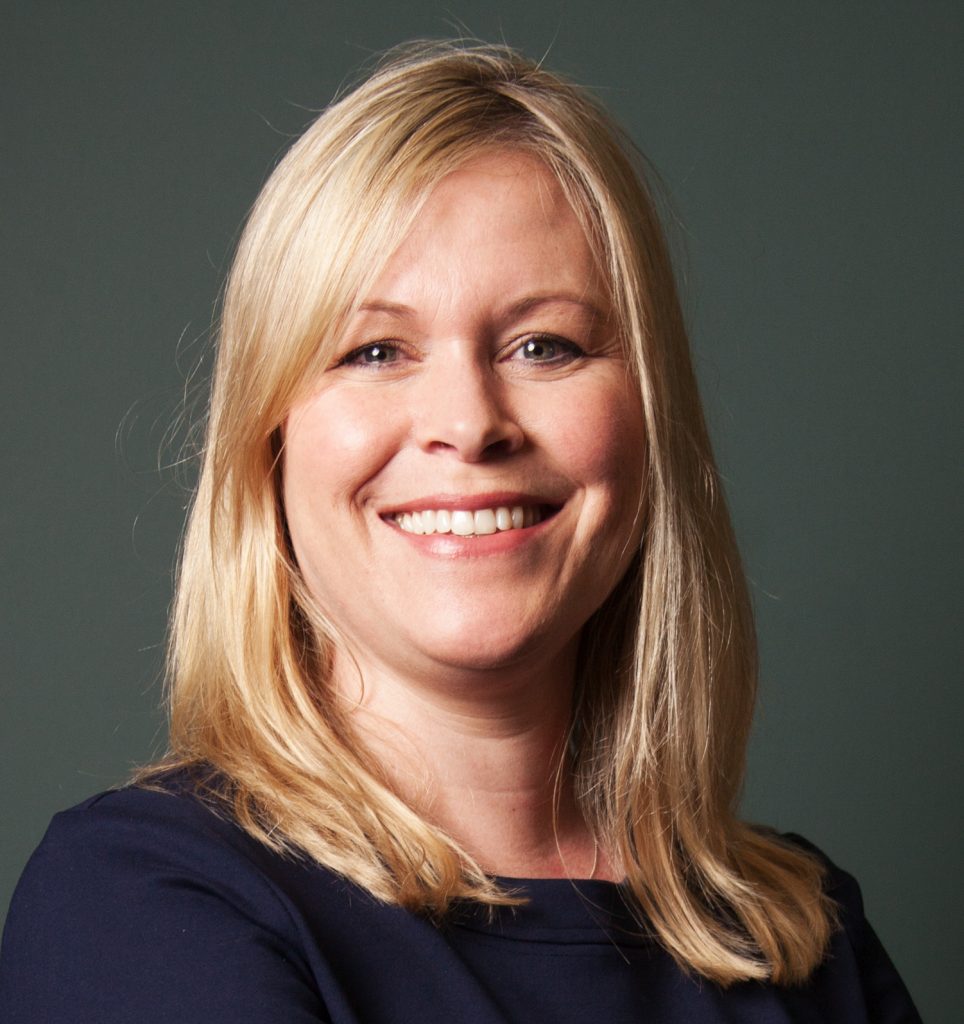