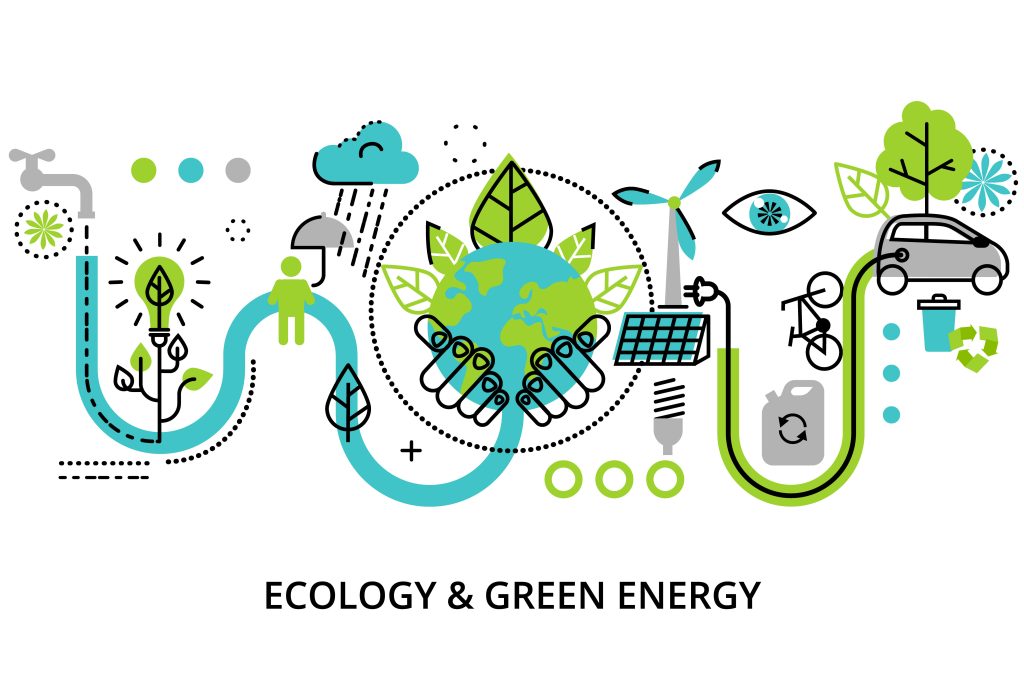 The COP-26 summit proved last month that while the world isn’t yet on life support when it comes to climate change, it very much finds itself in an increasingly fragile state.

Delegates from nearly 200 countries may have agreed the Glasgow Climate Pact to limit a global temperature rise to 1.5C above pre-industrial era levels, but last-minute tweaks to language around coal use and the reluctance of some carmakers to sign a zero emissions vehicle pledge, for example, proved there remains a long way to go.

Some things were agreed during the two-week conference, though.

More than 40 world leaders committed to hastening the availability of affordable and clean technology worldwide by 2030 across the energy, transport, steel and agricultural sectors, and more than 100 countries backed plans to reverse deforestation.

State heads also vowed to cut methane emissions by 30 per cent over the next decade, while more than 20 countries are now dedicated to creating new zero- emission shipping corridors.

Even old foes China and the US came together to promise “enhanced climate actions that raise ambition”.

Yet, despite such pledges, the journey towards watershed change will remain extremely challenging, with COP-26 president Alok Sharma himself admitting “the pulse” of the 1.5C target “is weak”.

The bunting has come down, the giant globe that hovered above delegates has a new home, and the last vehicle that ferried international leaders and negotiators to and from Glasgow’s Scottish Event Campus has long since made its final journey. But while the COP-26 conference may have ended, the real work is just starting. Having committed states – albeit not wholly – to fresh environmental action, all eyes are now fixed on the world’s leaders to make good on promises and deliver positive change. Here, Steven Hugill assesses the decisions reached at the flagship climate event, and why the North East stands ready to play its own pivotal role in meaningful change.

Like anything in politics, it was a single gesture that stimulated a multitude of emotions.

Whichever your Westminster colour, and whatever your philosophy on reducing the world’s emissions output, when Alok Sharma formally dropped the gavel as COP-26 president to signify the Glasgow Climate Pact agreement, it won’t have failed to stir a response.

Perhaps, like the minister, your reaction was to hold back tears amid the joy of reaching such a historic agreement – the phrase used so regularly by the ex-Business Secretary in the days afterwards?

Maybe you, like him, were disappointed at the last-minute wording amendment by China and India to ‘phase down’ reliance on coal, rather than ‘phase out’ use of the fossil fuel, which left the MP warning the leaders of those nations must “explain themselves” to the rest of the world?

Or, possibly you felt like campaigner Greta Thunberg and her global green disciples, in that you walked away from COP-26 with nothing but the feeling of a “blah, blah, blah” empty backslapping charade that placed political words above palpable action?

Whatever your view, though, last month’s conference did, at least, throw a decisive spotlight on the need for changes in the way we – as a region, a country, and indeed a united world – identify and utilise energy sources.

What has gone before cannot define the future.

And here in the North East – a region defined by the rich coal seams of its yesteryears – we can play a crucial role in the revolution.

To that end, work is already underway.

Indeed, as COP-26 entered its final throes, a one-day conference, focused on tackling climate change and promoting the transition to net-zero, was taking place in Newcastle – ironically on the site of the former Elswick Colliery, where cradle- to-grave pitmen cleaved coal across two centuries.

And the conference – held in The Catalyst building, which sits on what is now the £350 million sprawling Newcastle Helix innovation hub – heard how a joined-up approach will go a long way to achieving watershed climate action.

“Our fast growing strategically important sectors all have a vital role to play in our sustainable journey and this conference really shone a light on our region’s distinctive offer and drive to not only inspire change, but to be the change.

“Our leaders, experts, academics and businesses have the ability to make things happen, but this is by no means an individual effort and can only be achieved through cross-sector collaboration.

“I have no doubt our incredibly talented people, assets and innovations will support us to win the race to net-zero.”

The willing, then, is there, and so is the tangibility.

At the Port of Tyne, where coal shipments once flowed as freely as the waters of the famous river, the base is embarking upon a sea change in its focus.

Its transformation is spearheaded by the Tyne 2050 strategy, an all-encompassing blueprint that aims to secure the trading conduit’s long-term future, while setting out several goals to make it a pioneering force for environmental change.

Pledging to achieve net-zero greenhouse gas emissions by 2030, the vision – which supports the Government’s 25-Year Environment Plan and Clean Growth

Already home to what will soon become a 200-job operations and maintenance base for lead Dogger Bank wind farm operator Equinor, the park will provide a focal point for offshore renewable energy companies, marine engineers and their supply chains.

Tyne 2050 also sets out ambitions to make the site a clean energy technology and green innovation testbed by 2025, and an all-electric operation by 2040.

Furthermore, officials aim to launch the UK’s first net-zero warehouse in the coming months and create an environment where the port leads nationally on new technology and operational practices.

The latter will be delivered using the Maritime 2050 Innovation Hub – described as the first of its kind in the UK – which is working with the Department for Transport and industry body MarRI-UK to catalyse cross-industry and sector collaboration and inspire fresh thinking.

Meanwhile, down on Teesside, where its famed iron and steel works provided jobs for centuries – while at the same time belching dark plumes into the atmosphere – blueprints abound to transform the area into an epicentre for clean energy.

Backed by £3 million cash, the Government says the endeavour, which it believes will create up to 5000 jobs and be operational by 2025, “will bring together leading figures…to focus research, testing and trials across all transport modes as we build back greener from the pandemic”.

More recently, ministers confirmed Teesside as the spearhead of a wider £1 billion push towards watershed environmental change, with a flagship project chosen to lead the UK’s green transition.

It includes the Net Zero Teesside Power endeavour, which developers have already tipped to become the world’s first commercial scale gas-fired power station with CCS capabilities, and a hub for industry to share carbon dioxide transport and storage infrastructure.

Elsewhere, Protium plans to build what it calls the North East’s “largest green hydrogen facility” on Teesside, to generate power for local companies, and GE Renewable Energy has permission to create a 2250-job Teesworks plant to make wind turbine blades for Dogger Bank.

And the announcements continue.

Last month, as the giant globe was lowered from the ceiling of Glasgow’s

Scottish Event Campus, signifying the end of COP-26, Durham-based energy sector business development organisation NOF was hoisting its support for what it says will be the UK’s first net-zero power plant on Teesside.

Referred to as Whitetail Clean Energy, NOF is working with 8 Rivers Capital and existing Teesside operator Sembcorp Energy UK, to bring the project to fruition.

Bosses say the 200-job factory, which could be commissioned as early as 2025 on Sembcorp’s Wilton site, near Redcar, will combust natural gas with oxygen, rather than air, and use supercritical carbon dioxide instead of steam.

As a result, they say nearly all air emissions will be eliminated, with carbon dioxide captured and stored offshore.

So far, and all so positive.
Well, yes and no.
While NOF’s Whitetail participation serves to not only highlight its reputation as a facilitator of growth and crucial supporter of business transition to new energy routes, the overall picture, says Rachel Anderson, North East England Chamber of Commerce assistant director of policy, still requires work.

In a new report, compiled for Department for Business Energy and Industrial Strategy attention, the membership organisation calls on ministers to prove their much-trumpeted levelling-up agenda is more than a handy buzz phrase, by committing to skills investment across the sector and its supply chains, making particular reference to SME research and development to deliver new ideas.

Furthermore, it says Westminster must put in place plans that consider the country’s future nuclear provision.

She says: “We have an unrivalled base on which to build a global energy sector right across our region.

“However, there is an urgent requirement for the Government to set
out a comprehensive and funded plan for replacing aging energy generation capacity.

“While some nuclear stations may be able to extend their life beyond 2024, the UK is facing a severe energy gap, especially as demand from electric vehicles increases.

“The Government must therefore reach a decision on the future of nuclear energy and provide certainty to communities with a power station reaching the end of its useful life.”

Rachel adds: “The logistics sector is also of prime importance to us developing our energy sector and well-equipped deep ports on the Tyne and Tees, with proximity to Dogger Bank mean that industrial clusters have developed well.

“But we now need a Government strategy to give certainty to investors, so they know our future plans as a country and direction of travel in this fundamentally important industry.” 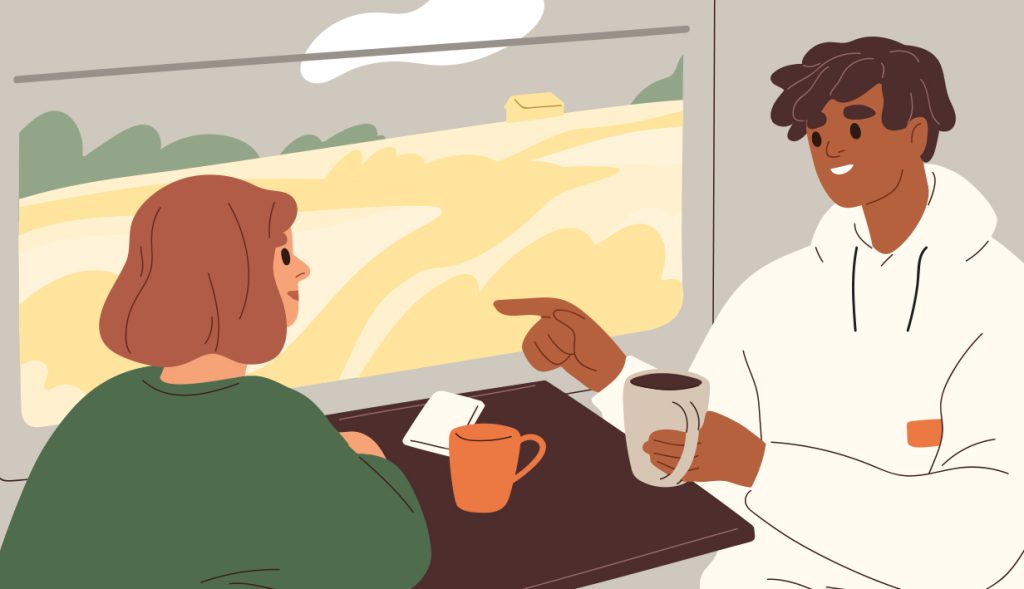 Left waiting on the platform