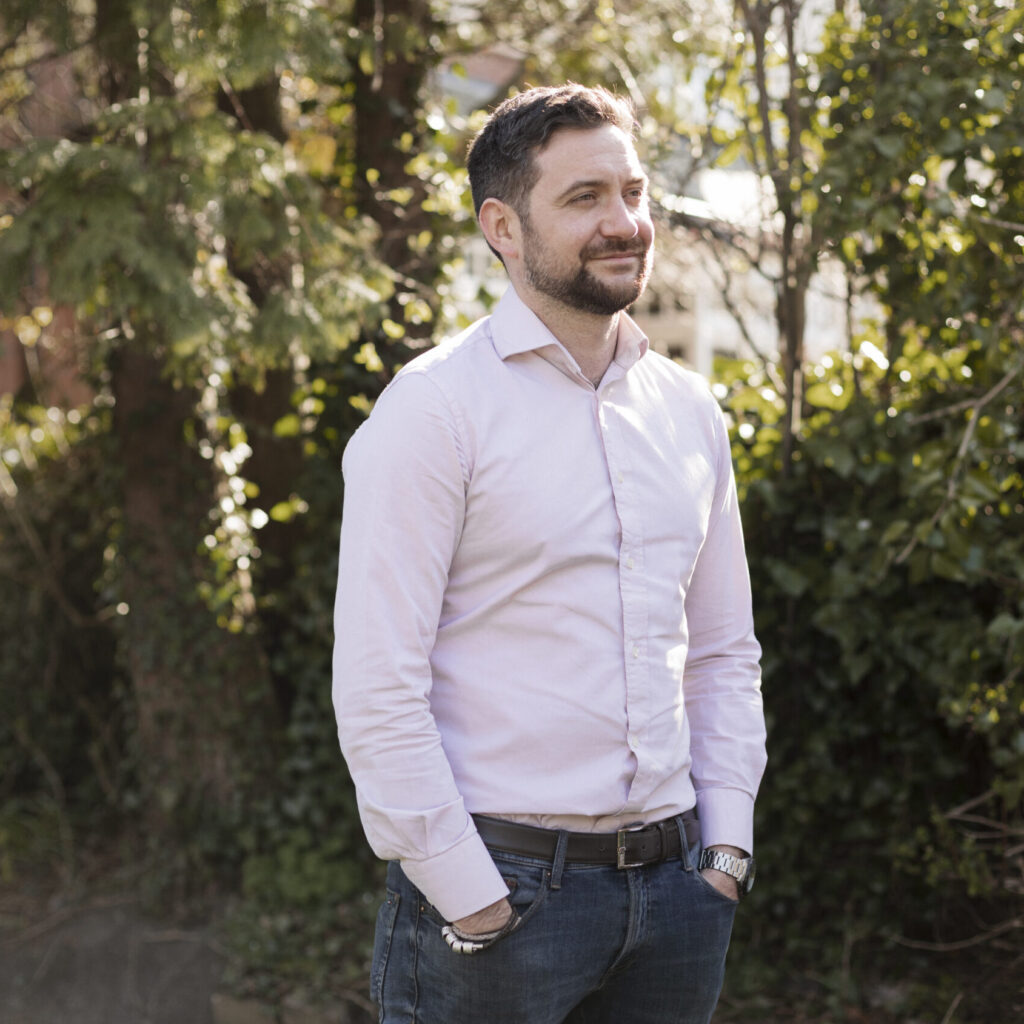 Making an auction house a home

Would you sell your property by auction? It’s a question many homeowners never really think about – they just engage their local estate agent and let them take care of the rest. Newcastle-based iamsold, part of iamproperty, however, is asking that question afresh and pushing ahead with its plans to shake up the real estate industry and promote the benefits of auctions for agents, sellers and buyers alike. Richard Dawson asks iamsold managing director Jamie Cooke how the company’s modern method is bringing auction into the mainstream and finds out all about the life and career of one of the North East’s most successful young entrepreneurs.

If someone asked you to draw an image of a property sold by auction, chances are you’d draw a house that was run down, packed full of rubbish with rotten walls and a tree growing out of the roof.

Programmes like BBC One show Homes Under the Hammer are central to this popular perception.

The daytime TV series follows a predictable format where a typically dilapidated home goes up for sale, is bought for a cut price at auction and then renovated on the cheap before a local estate agent comes to revalue the property and tell the buyer just how much profit they stand to make.

It makes for a cathartic hour watching new life being breathed into neglected homes, but it’s not really a fair reflection of what the property auction process is like.

“What it doesn’t tell you is the story of the seller who needed to sell quickly for one of a million reasons, got £10,000 more than the reserve and a secure sale that went through in a time frame that met their needs,” says Jamie Cooke, managing director of iamsold, part of iamproperty group.

The stigma around selling property via auction is something Jamie has been battling since he first set up outsourced auction services company iamsold with business partner Ben Ridgway 12 years ago.

But his interest in real estate goes back a lot further than that.

Growing up in County Down, Northern Ireland, Jamie comes from a family of entrepreneurs who have a lot of property development experience, as well as being owner-managers of businesses.

Educated at Campbell College, a grammar school for boys in Belfast, it was far from clear that Jamie would follow the same path as a youngster, with a career in the military looking more likely at the time.

Campbell College has one of the largest cadet forces in the UK and is a prime recruiting ground for the armed forces.

Jamie took a lot from his time with the cadet force and was a talented marksman competing in target shooting competitions across the country.

He’s glad, though, that he didn’t take it any further.

“I thought of joining the army when I was younger and, for a number of reasons, I’m glad I didn’t,” he says.

Moving to Newcastle to study at Northumbria University in 2003, Jamie had his sights set on a new target – the real estate industry.

He says: “Property is one of those things where everyone needs a roof over their heads, there’s always going to be a market and there’s always huge variety in it.”

It was during a placement year on the commission desk at Pattinsons Estate Agents, while studying to be a chartered surveyor, that Jamie’s future in the industry was cemented.

He recalls: “I remember going and picking up commission bidding forms for someone who wanted to bid on a property but didn’t want to be in the room.

“He gave me all of his legal forms, and copies of his ID and then just gave me a blank cheque and said, ‘fill it in once I’ve won’.”

The lot sold for £1.8 million, with a 22-year-old Jamie shouting the winning bid to a room of 300 people, who all promptly turned around and looked at him inquisitively.

“Spending other people’s money on a commission desk is great fun,” he adds. The time when Jamie was cutting his teeth as a real estate professional was a time when the housing market was running hotter than it ever has before.

“At that time, you were just picking up the phone and selling properties,” says 35-year-old Jamie.

As we know now, the good times were not to last, and when Jamie graduated in 2008, he found himself stepping into an entirely different situation.

Fortunately, he had kept his job at Pattinsons part-time while he was studying and became full-time soon afterwards.

Business partner and iamproperty group managing director Ben Ridgway was not so lucky, despite having just done a placement at multi-national real estate company Cushman & Wakefield.

Ben ended up taking a job at construction company Tarmac working in its quarrying division.

The 2008 global financial crisis actually turned out pretty well for the two real estate graduates in the end, though, as it gave them time to work on a new business venture together to make it a success.

Jamie explains: “In 2009, the market was really sticky, prices were depressed, and it was very much a buyer’s market. “To be fair, that was probably why it was such a great time we launched iamsold when we did because estate agents were looking at ways of diversifying their income streams.”

Jamie and Ben launched iamsold in 2009 as an outsourced property auction solution for estate agents looking to offer a wider range of services to their customers.

In part because of the stigma attached to the process, only around two per cent of property transactions in the UK are completed via an auction.

The other 98 per cent are completed on a private treaty basis where the property is marketed, viewings are taken, an offer is made and accepted and then the transaction goes through the conveyancing process before hopefully reaching completion.

The traditional auction process is very different, typically completing in a much shorter time frame with the exchange of legal contracts and funds all having to happen within two weeks of the banging of the gavel.

Jamie says: “It’s a very rigid process, a very good process, but it doesn’t necessarily lend itself very well to the residential market because, if you’re asking buyers to exchange immediately and complete within two weeks, you’re potentially only targeting serious investors or cash rich individuals.” 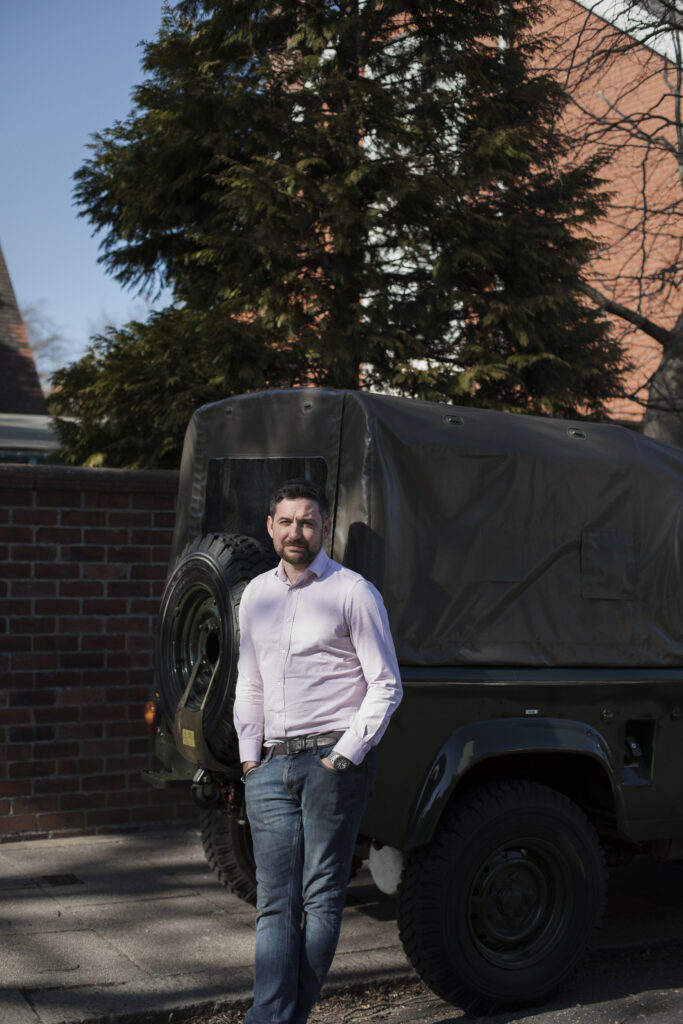 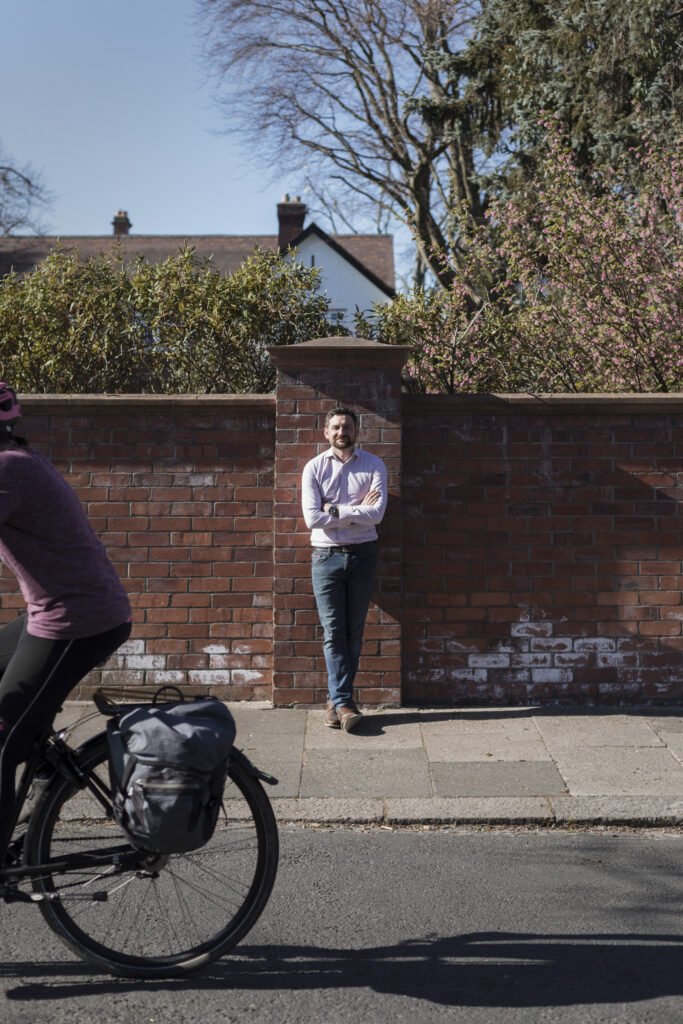 This is why Jamie and Ben created the modern method of auction (MMoA), which is a hybrid between private treaty and the traditional auction.

The MMoA allows 56 days from the close of an auction for a deal to be completed, which gives the buyer ample time to access high street finance and gives the seller a fixed timescale to get their property sold.

The modern method has been enormously popular with estate agents, with iamsold now boasting a network of around 3000 agent branches across the UK that use it for auctions.

It doesn’t cost estate agents anything to use the outsourced auction service, with iamsold splitting the commission with the agent only when the property is sold.

Jamie explains: “iamsold is a business-to-business brand, so what we say to agents is, ‘you’ve got the local presence and local knowledge, so you build your brand and your range of services locally, and we’ll be the engine of your auction department in the background’.

“We just ask for half the fee when we sell the property.”

It would be an understatement to say this way of doing business has been successful.

iamsold is now the biggest residential auction house in the UK, and has been for the last five years.

The company sells more lots than anyone else nationally and last year sold twice as many as its nearest competitor.

Every year for the last decade, revenue growth has been in the double digits and headcount has risen at a rate of 20 to 30 people per year.

Such growth has seen the company’s services expand under the iamproperty umbrella, which Ben leads as group boss.

“I believe we’ve made some serious change in the industry in terms of the adoption of auction, spearheading the MMoA and that now becoming an industry-wide disposal method,” says Jamie.

“Now, we want to bring auction to the mainstream.”

iamsold is already the market leader for residential auctions so what the business is trying to do now is chip away at the 98 per cent of property transactions that still take place on a private treaty basis.

To make it happen, the company has signed deals with two other industry leaders in Zoopla and Rightmove.

Jamie explains: “We believe auction has huge benefits for certain sellers and certain buyers and that low adoption is very much down to a lack of consumer knowledge.

“So, we have an exclusive deal with Zoopla and are the first to do a deal with Rightmove that will drive wider adoption and wider consumer knowledge of the benefits of auction.”

As of this month, iamsold has integrated its technology with the real estate platforms to make it easier for prospective buyers to see which properties are up for auction and learn more about the auction process.

Given the levels of interest in property as a result of the coronavirus pandemic and the millions of people browsing Zoopla and Rightmove every day, it’s a perfect opportunity to shake off the negative connotations around auctions and shake up the real estate industry.

Jamie says: “The market is red hot at the moment, things are just selling so quickly.

“Working from home is causing people to re-evaluate what they want, and I think that is what is driving the market.

“There’s also a serious amount of pent- up demand.”

All of this is music to the ears of iamsold, which is reporting increased interest in its MMoA for properties where there is a lot of demand.

“In some cases, we’re finding it might be better to slow down the marketing process and build the auction pack and then let people fight for the property and realise the best value for the seller,” explains Jamie.

Looking ahead, Jamie says iamsold and iamproperty remain firmly on the growth path.

The group took some private equity investment in 2019 and has been growing out its divisions since then.

The latest venture – movebutler – is a first-of-its-kind innovation for private treaty transactions and the brainchild of Ben.

The group is also actively recruiting for 25 different roles and is well on its way to no longer being an SME when its headcount surpasses 300.

“It’s been a great journey,” adds Jamie, “but we’ve still got a long way to go.” 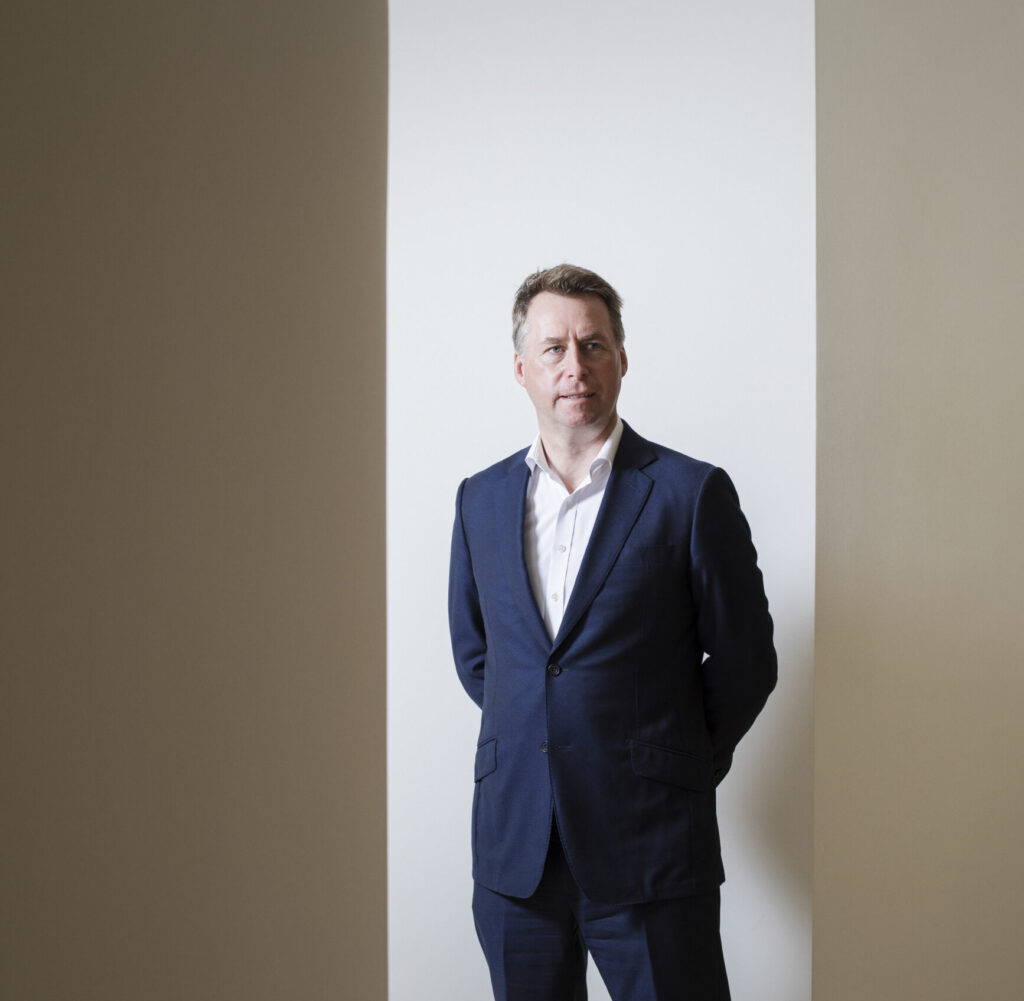 A window into a new world