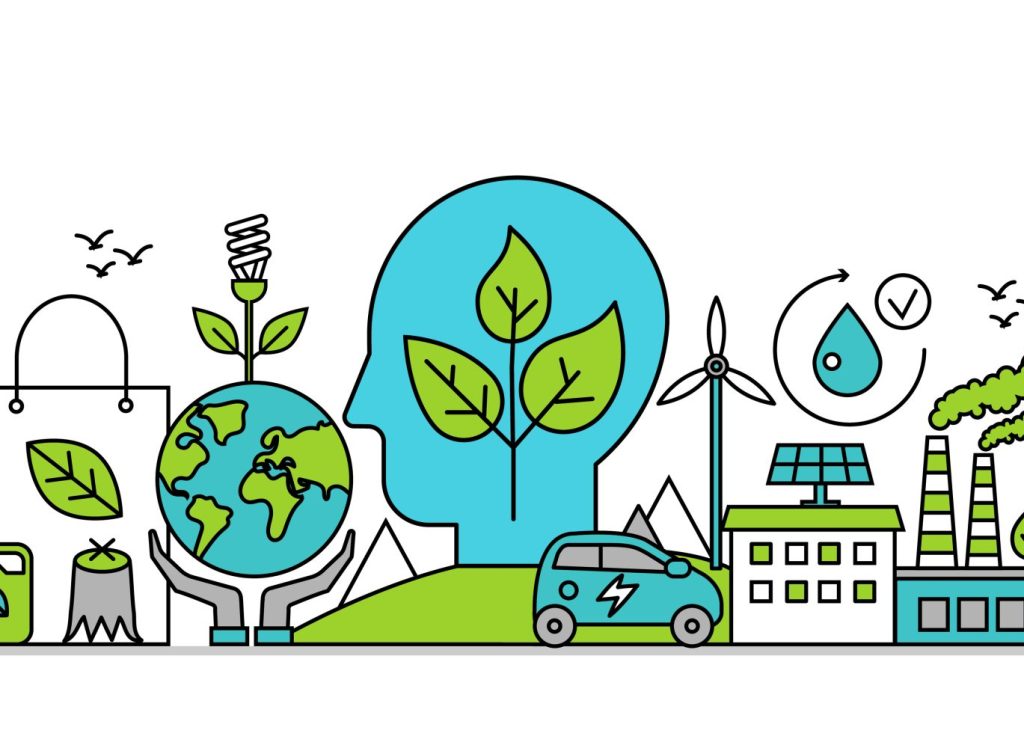 Painting a different kind of landscape

The North East has long led the way when it comes to change. From the cradle-to-grave pitmen, who cleaved the coal that fired a revolution; to the once bustling shipyards that allowed international connectivity to steam ahead; the iron and steel plants that forged superstructures the world over; and the present – and ever-growing – digital and technology sector, ours is a region with a track record for making things happen. It is at the vanguard of something else too: the clean energy transition. As the weeks pass following COP-26, and global leaders look to make good on promises, the North East is already striding ahead with a wealth of moves to make energy change a reality. Here, Steven Hugill explores some of the headline-grabbing developments.

Get on with delivering change

Nearly – but not quite.

Like the pupil whose end of year report would have been improved had they committed to their science studies a little more, the COP-26 summit was a can-do better affair. With last-minute tweaks to coal use and some carmakers’ hesitancy to join a zero-emissions pledge, the Glasgow conference ended with the feeling of what might have been. And that sentiment was reflected in a study* released last month by the Climate Change Committee, which warned “the world is not yet on track to the Paris Agreement’s temperature goal to hold the rise to well below 2C and pursue efforts to 1.5C”.

Furthermore, it says that even if all of the ambitions and net-zero emission targets made at COP-26 were to materialise, “an expected warming of just under 2C might be achieved” – adding “current climate policies would not deliver close to these targets (with) the world on track to an expected temperature rise of around 2.7C”. Against that backdrop, therefore, the organisation has provided a simple message to the Government: focus on delivering existing targets, rather than further increasing ambition.

Leonardo da Vinci was a fine Renaissance figure. So too is his present-day waterborne namesake, even if the similarities seem, at first, somewhat incredulous. For both are synonymous with new beginnings, catalytic figures representing the rebirth of social, political and economic landscapes.

Leonardo da Vinci, the painter, for the magnificence of the Mona Lisa and the spiritualism of The Last Supper; Leonardo da Vinci, the 171-metre offshore wind power cable vessel, for its status as a driving force in delivering energy sector change. When the latter sailed up the River Tees late last year, docking at AV Dawson’s Port of Middlesbrough, it became the largest craft of its type to pass under the town’s Transporter Bridge. And its journey was worthy of much fanfare. For it represented, and reiterated, a region operating where it always has done – right at the vanguard of industry. Of innovation. Of progress.

Where our shipbuilding prowess was once the envy of international shores, where our coal exports were once lauded globally, and where our iron and steel created structures the world over, today our region is at the forefront of new change. COP-26 might have awakened – or reawakened in some cases – the climate emergency, but the North East has been alive to the clean energy transition for some time now. Leonardo da Vinci’s visit (it was fitted out in Middlesbrough for work on the Viking Link project that will create an energy connection between the UK and Denmark) provided yet another example. Built by Prysmian Group, bosses say the goliath structure – which is scheduled to make regular returns to its creator’s Teesside Northern European marine base – is the world’s most advanced cablelaying vessel, with capacity to work in the most challenging of weathers, and in the deepest of seabeds.

As AV Dawson managing director Gary Dawson – a man who knows a thing or two about a renaissance, having made numerous operational additions to the third-generation distribution company’s Middlesbrough estate – said upon its arrival, the vessel “illustrates how Teesside and the River Tees is evolving to lead the way in exciting new industries.” Leonardo da Vinci, though, merely scratches the surface – or scrapes the seabed, depending on your choice of idiom – of the region’s moves in the clean energy sphere. Just days after it made its grand appearance, another flagship Teesside employer, this time Bill Scott’s Wilton Universal Group, was announcing its own plans for a fresh start.

Partnering with London-based international law firm Stephenson Harwood LLP, HKA and Teesside University, the engineer launched what it says is the country’s first renewables academy. Created to nurture the next generation of offshore wind and hydrogen workers, members of its first cohort are expected to begin their studies in June, with topics due to cover areas across project identification and ownership, contracting, construction and insurance.  At its conclusion, bosses say graduates will visit Wilton’s vast production hub on the banks of the River Tees, where it makes huge parts for renewables developments, and travel to sea to witness a wind farm in operation.

New recruits, of course, need jobs to move into, and just down river from Wilton’s base at Redcar, GE Renewable Energy hopes to deliver what has been hailed by regeneration chiefs as a “mammoth” 2250-job wind turbine blade making factory. Based on the burgeoning Teesworks development – itself reviving former SSI UK steelworks land and propelled by Government freeport status – it is earmarked to supply parts to the North Sea-based Dogger Bank wind farm. However, as North East Times went to print, question marks had been raised over the factory’s future amid delays to a lease agreement, though local development bosses said they remain confident it would come to fruition. Once finished, leaders say Dogger Bank – for which Newton Aycliffe’s Tekmar Energy will make and supply power cable protection systems – will service around five per cent of the UK’s electricity needs and operate as the largest energy scheme of its type in the world. Elsewhere on Teesworks, green moves are being made by Net Zero Teesside, which will include the Net Zero Teesside Power endeavour.

The latter is planned to become the world’s first commercial scale gas-fired power station, with capabilities to capture and store carbon before it escapes into the atmosphere. Moreover, such is the potential of the overall Net Zero Teesside venture that ministers last year chose it to receive Carbon Capture and Storage Infrastructure Fund cash, to lead efforts in establishing the country’s first decarbonised industrial cluster.

The fires may have been extinguished on centuries of iron and steelmaking in 2015, when Thai-led SSI UK fell into liquidation, but the area’s industrial flame remains eternal. And it is primed to burn increasingly brightly thanks to plans from global operator BP, which is rolling out a blueprint to build two Teesworks-based hydrogen schemes. The conglomerate’s HyGreen Teesside plant will, the company says, produce as much as 500MWe (megawatts electric) of power by 2030, with H2Teesside, a blue hydrogen production base it says will convert natural gas into hydrogen and carbon dioxide, tipped to be operational within five years. And, just up the road at the Wilton International industrial park, which has long stood as a UK leader for petrochemical and process sector innovation, moves are being made to usher in a new era of energy production.

Working with 8 Rivers Capital and existing Teesside operator Sembcorp Energy UK, Durham-based business development organisation NOF is supporting the Whitetail Clean Energy project, which aims to create the UK’s first net-zero emissions power plant. Using NOF’s network of partners – which includes operators, developers and major contractors – to build supply chain relationships, the 200-job factory could be commissioned as early as 2025, with operations focused on combusting natural gas with oxygen, rather than air, and using supercritical carbon dioxide instead of steam.

Sembcorp, however, isn’t looking to stop there. In the days before Christmas, the business announced its intention to build what it describes as “Europe’s largest battery energy storage system”, which it says will help the UK achieve net-zero targets. Set to provide 360MW of power at its Wilton International hub, the firm says it will complement an existing 70MW battery provision and build on the introduction early this year of another 50MW system.

The scene is similar up in Northumberland, where a former coalfired power station is being revitalised for a cleaner future. Subsea power line maker JDR Cable Systems – so long a staple of the region’s energy cluster thanks to its Hartlepool factory – hopes to transform the heavy industry hangover into a £130 million hub that will deliver an initial 170 jobs. Planned to open in 2024 at Cambois, near Blyth, it says the site will operate as a UK first, by overseeing the full production of high voltage, offshore wind farm cabling under one roof. Remaining in the county, engineer Osbit recently became part of Venterra Group, which bosses say is poised to invest £250 million to boost offshore wind work by mid-2022.

The firm, which has sites at the Port of Blyth and Riding Mill, says the move will create new jobs and significantly bolster its existing presence in the renewable energy sphere. Traverse south to the Port of Tyne, and the sense of renaissance is no less potent. Where the black gold of coal was once the dominant currency, today clean energy is the capital operation, with a blueprint that aims not just to support but turbocharge next generation environmental initiatives. Spearheaded by its Tyne 2050 strategy, the port has pledged to achieve net-zero greenhouse gas emissions by 2030 and aims to become a clean energy technology and green innovation testbed by 2025, and an all-electric operation by 2040.

Furthermore, it is now home to what it says is the UK’s first net-zero warehouse, which uses electric vehicles to shift goods and illuminates operations via energy efficient LEDs. A cornerstone of its work is the 200- acre Tyne Clean Energy Park, which straddles the river across four sites and which, said chiefs at its unveiling, would provide a focal point for offshore renewable energy companies, marine engineering firms and their supply chains to flourish. And its lure didn’t take long to attract a tenant – and a significant one at that. Ground was last year broken on a 200-job Dogger Bank operation and maintenance base, which will be used by wind farm joint venture firm Equinor across the project’s 35-year lifespan.

Pledging the site will be run net-zero, officials say they are committed to “working with others in the region to develop a world-leading offshore wind cluster”. And, in keeping with the theme of renaissance, the development will occupy land where McNulty’s South Shields’ marine yard once stood.

As Matt Beeton, the port’s chief executive, told this magazine in October, “all businesses need to evolve to remain relevant and successful”. The thesaurus suggests development and progression as alternative words to evolution. Whichever you choose, though, they’re all synonymous with renaissance – just as our region is synonymous with change and advancement. Leonardo da Vinci painted pictures that continue to provide inspiration the world over. In a similar way, the North East is preparing a canvas for world-leading energy sector change that will endure well into the future. 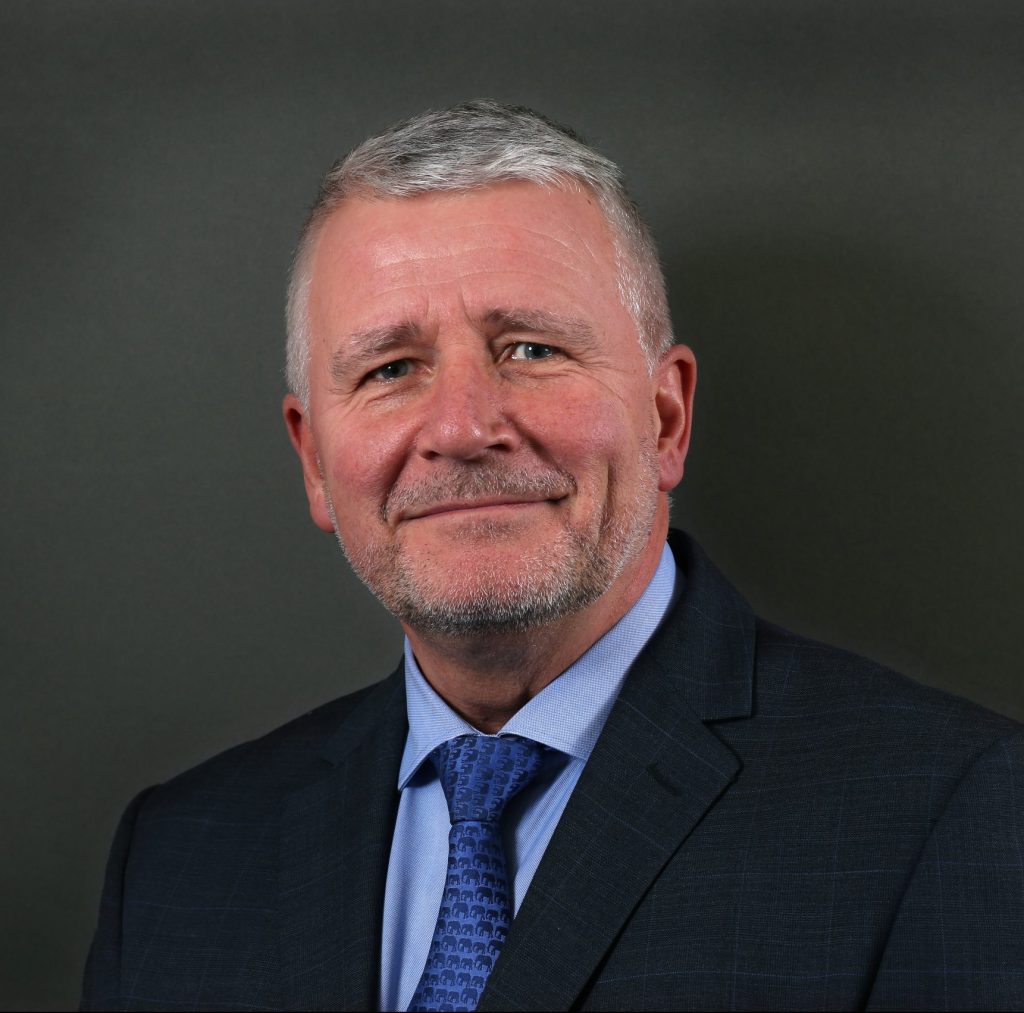