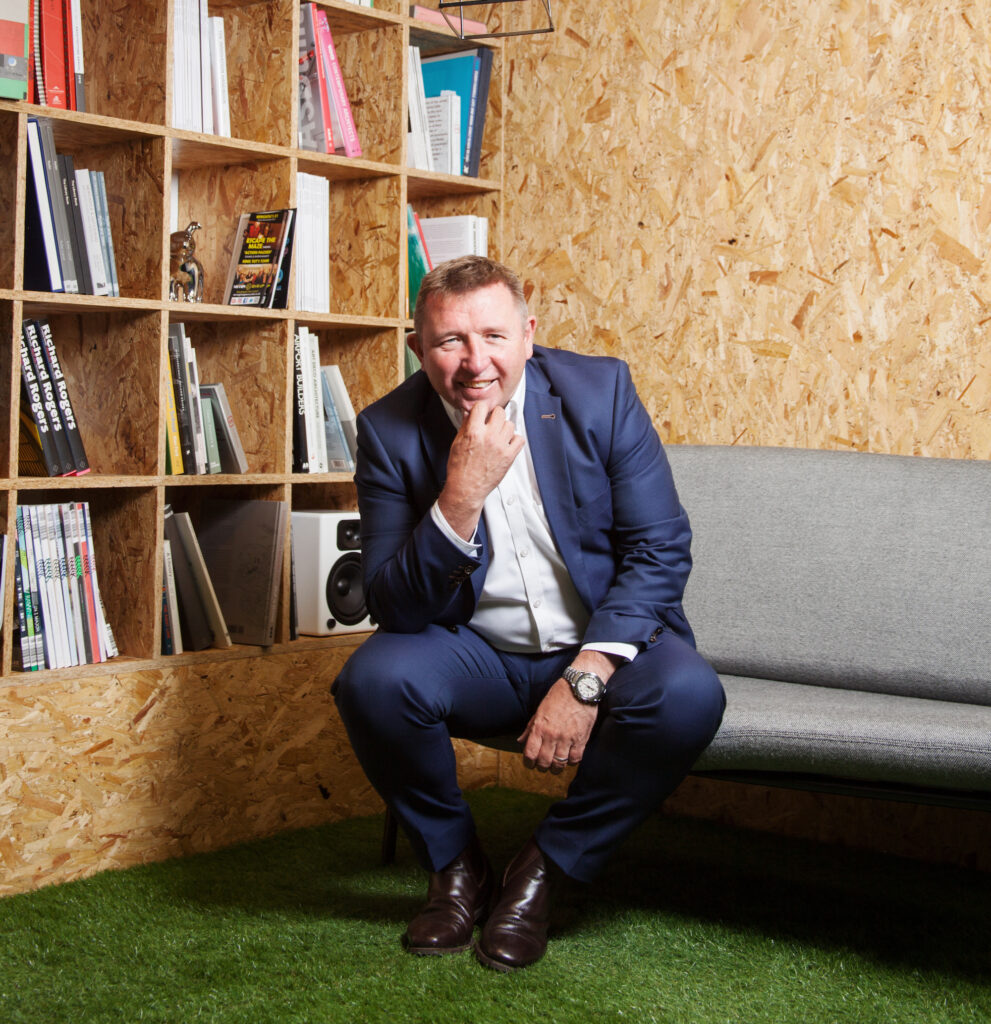 Embracing new technology, innovative ways of working and delivering strategic growth that’s based on reputation building not number crunching – has led Newcastle-based Ryder Architecture to establish itself as one of the leading practices in the UK. Alison Cowie talks to managing partner Mark Thompson to find out more

For almost 65 years, Ryder has been pioneering in the building industry.

The firm, originally known as Ryder & Yates, was established in Newcastle in 1953 by Gordon Ryder and Peter Yates who created an innovative multi-disciplinary architecture and engineering firm that embraced all of the mid-century technology available to deliver projects such as Norgas House, the engineering research station in Killingworth, and Vickers on Scotswood Road.

Six decades on and the firm (which rebranded to Ryder Architecture in 1997) is now helmed by Mark Thompson and Peter Buchan, who took over at the practice in 1994, following the then senior partner Ted Nicklin’s tragic and sudden death from cancer.

In honour of their predecessors, senior partner Peter and managing partner Mark have continued in the same pioneering vein.

One such example is Ryder’s early adoption of Building Information Modeling (BIM) technology, a software application that allows architects, engineers, surveyors and builders to work from the same software designs, and is revolutionising how buildings are designed, built and maintained.

Mark – who began his career in engineering at British Shipbuilders in 1984 before joining Ryder in 1988 – reflects: “BIM first came onto the scene around 2001 but it was a concept that had be used in ship building back in the 80s where naval architects worked side by side with engineers.

“At Ryder, we had people looking at the technology and its benefits for a few years and in 2006, the partners made the decision that all of our projects would use BIM.”

This bold decision has paid off as the software continues to build momentum in the industry.

In 2011, the Government also announced all public-funded buildings from April 2016 must be designed in a BIM environment – with many international governments now following suit.

Staying agile in a competitive market has also enabled Ryder to expand its team and grow nationally and internationally.

In 2000, the firm invested in a London office while entering into a joint partnership with American firm, HKS, a specialist in healthcare projects that was looking for a bigger foothold in Europe.

Mark says: “It was the time when the Labour Government was investing heavily in infrastructure and the London office gave us more profile while the mutually beneficial partnership with HKS gave us credibility and skills in the healthcare sector.

Ryder went on to deliver projects including North Staffs University Hospital and although the HKS joint venture ended in 2008, the firm has continued to win major healthcare and public sector work including Dumfries and Galloway hospital, the Prince and Princess of Wales Hospice in Glasgow and currently preparing proposals for the Queen Mary Hospital in Hong Kong.

Ryder expanded its reach in the UK further, when it opened new offices in Glasgow in 2006 and Liverpool in 2007.

Mark reveals that both offices were opened off the back of Ryder delivering major projects in the cities, with Newcastle-based people initially relocating before recruiting additional colleagues locally.

A few years later, and a desire by the partners to make Ryder more resilient amid economic and political uncertainty in the UK, has led to the firm expanding internationally.

Ryder opened an office in Hong Kong in 2013 and Vancouver early this year. Again, these offices were opened as a result of Ryder completing work in these cities, with Tyneside-based staff members taking the lead so that the Ryder’s culture is maintained.

Another area where Ryder has been pioneering in is in collaborative working. ‘Collaboration’ has become ubiquitous in the business world but Ryder has paid more than just lip service to the term.

“Traditionally, the construction industry is siloed with architects and engineers, working independently,” says Mark. “Ryder has always promoted a collaborative culture and put a huge emphasis on that.”

In 2014, the Ryder Alliance was set up between seven architectural practices – spanning Australia, Budapest and Barcelona and representing more than 350 employees – to share best practice, resources and business opportunities.

“We’ve spent the past three years working to develop a similar culture and belief in how we work,” says Mark. “All the firms must also embrace certain methods of working, so for example, we all use BIM.

“Now that this in place we’re looking to collaborate on opportunities that may not otherwise be available to the firms pitching on their own.”

The managing partner points to Ryder’s tenth position in The Sunday Times’ 100 Best Small Companies to Work For. More crucially, Mark says, is that the practice is ranked forth for personal development and personal growth.

Providing opportunities for staff to work on innovative projects is another important area for Ryder.

Most recently the practice – in collaboration with Arup – was named one of 10 winners of the Hyperloop One Global Challenge.

The worldwide challenge called for compelling ideas for the practical application of the mass passenger transportation concept via pods that travel at high speeds along reduced-pressure tubes.

Ryder and Arup’s Northern Arc proposal looked to link northern cities with the Scottish Central belt, allowing travel from Glasgow to Liverpool via Newcastle in as little as 47 minutes.

As further research and proof-of-concept into the viability of Hyperloop travel continues in the US, many are still sceptical about the technology.

“A lot of people say it’s sci-fi but you’ve got [Richard] Branson putting aeroplanes into space,” Mark retorts. “You can sit back and be dismissive and pessimistic about it or you can embrace it. Something has to happen to change rail or mass commuter travel. In the UK, being an island, we have a finite resource of land and with Brexit on the horizon, we must connect people more.

He adds: “Whether [Hyperloop] happens in my lifetime is up for debate but I hope that my grandchildren benefit from it – if not my children.”

Other forward-thinking projects for Ryder is focused on skills and helping new and current architects and engineers adapt to changes to the industry.

In 2010, Ryder partnered with Northumbria University to create BIM Academy – now driven on Ryder’s side by Peter Barker.

BIM Academy looks to equip a new generation of construction professionals with BIM knowledge and skills, while consultancy work, driven by Ryder, educates companies on the technologies application across the globe.

PlanBEE provides apprentices the opportunity to supplement their education with practical work experience at build environment companies across the region including at Ryder, Arup, Brims, Cundall, FaulknerBrowns, Surgo, Xsite, RICS and more.

Speaking about the formation of PlanBEE, Mark says: “It came from a frustration that while there’s a lot of change going on in the industry, education isn’t adapting.

“If we really want to make a different [in construction] then you need to be teaching differently as well.”

The scheme was recently shortlisted as Skills Initiative of the Year in the Building Awards and Mark reveals that the partnership is now receiving interest from other areas of the UK about a potential franchise model.

Mark maintains that Ryder’s growth has never been driven in terms of numbers but about “doing the best job, earning a good reputation, being entrepreneurial and generating opportunities rather than maximising profit.”

Last month’s acquisition of Devereux Architectsure to bolster capacity in the healthcare and higher education sectors, is seen as another demonstration of the firm’s expansion based on reputation building, not financial targets. Mark also doesn’t discount further international growth “as long as it benefits the firm in the right way.”

In the meantime, the Newcastle-based firm will continue its pioneering approach and it’s safe to say that – whatever future innovations arise in the construction sector – Ryder will be at the forefront and ready to lead the way. 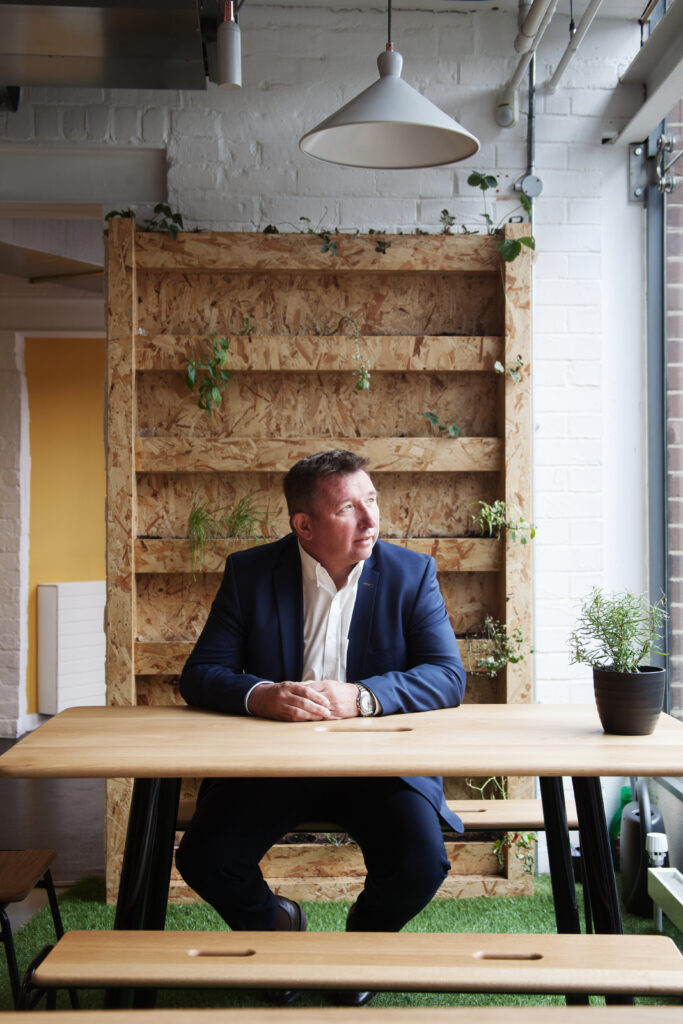 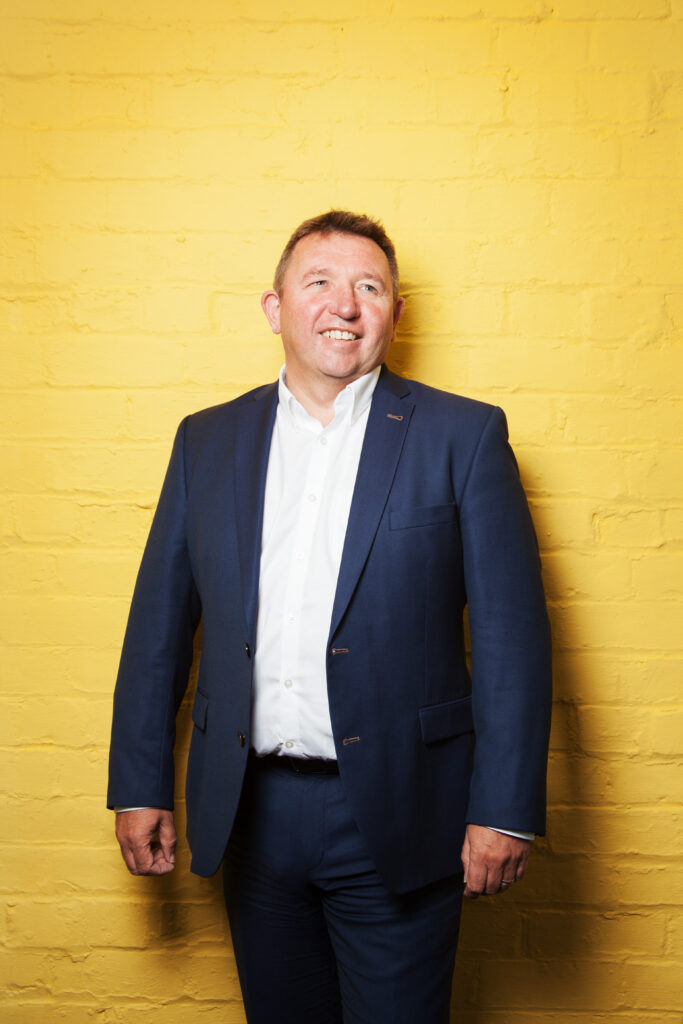 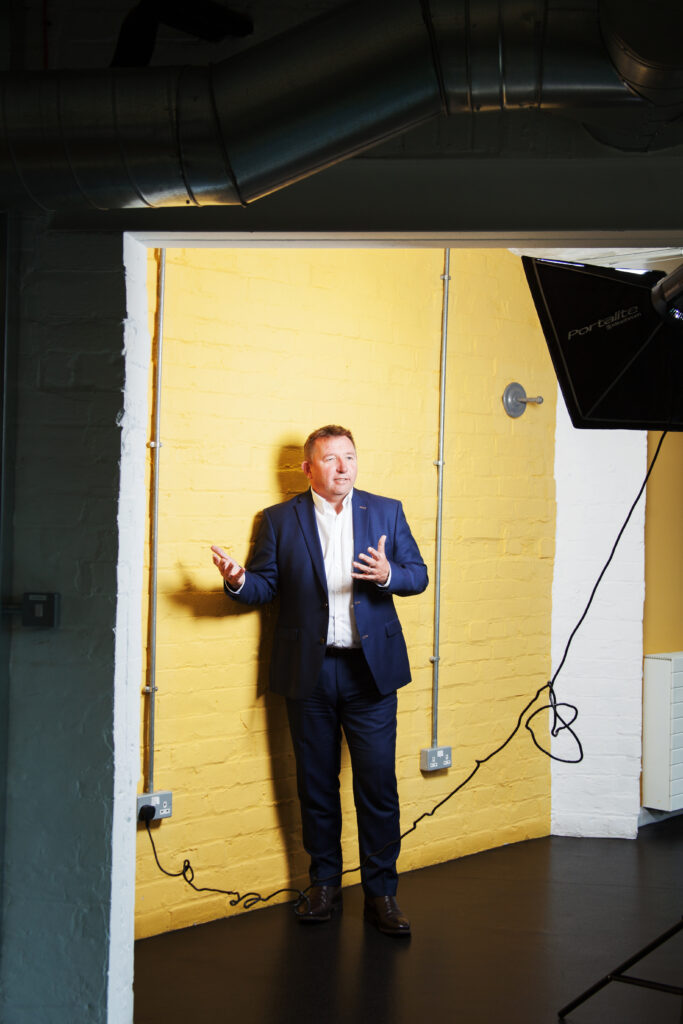 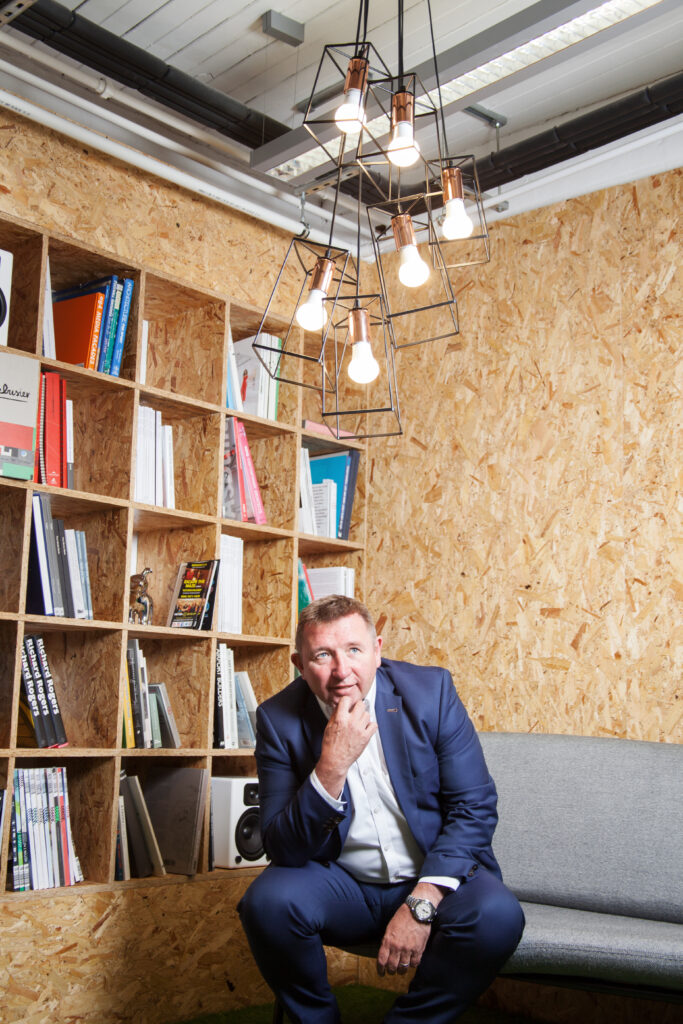 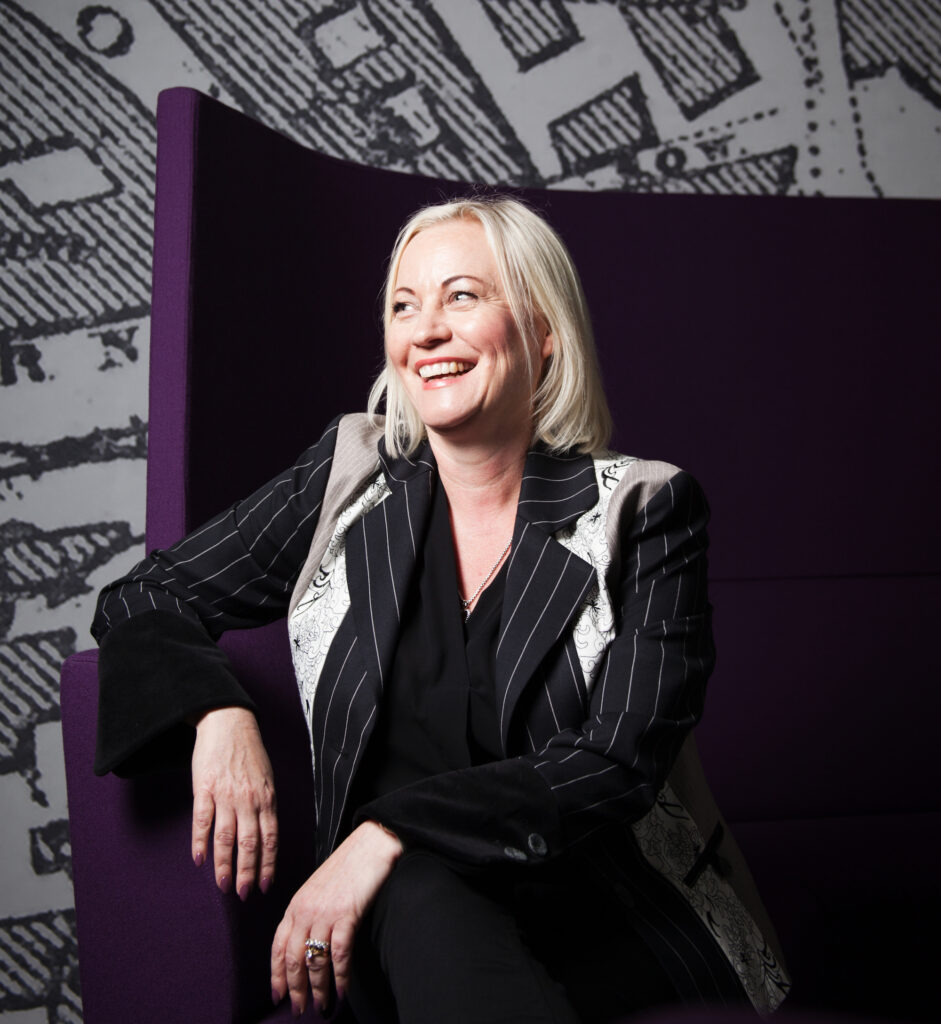