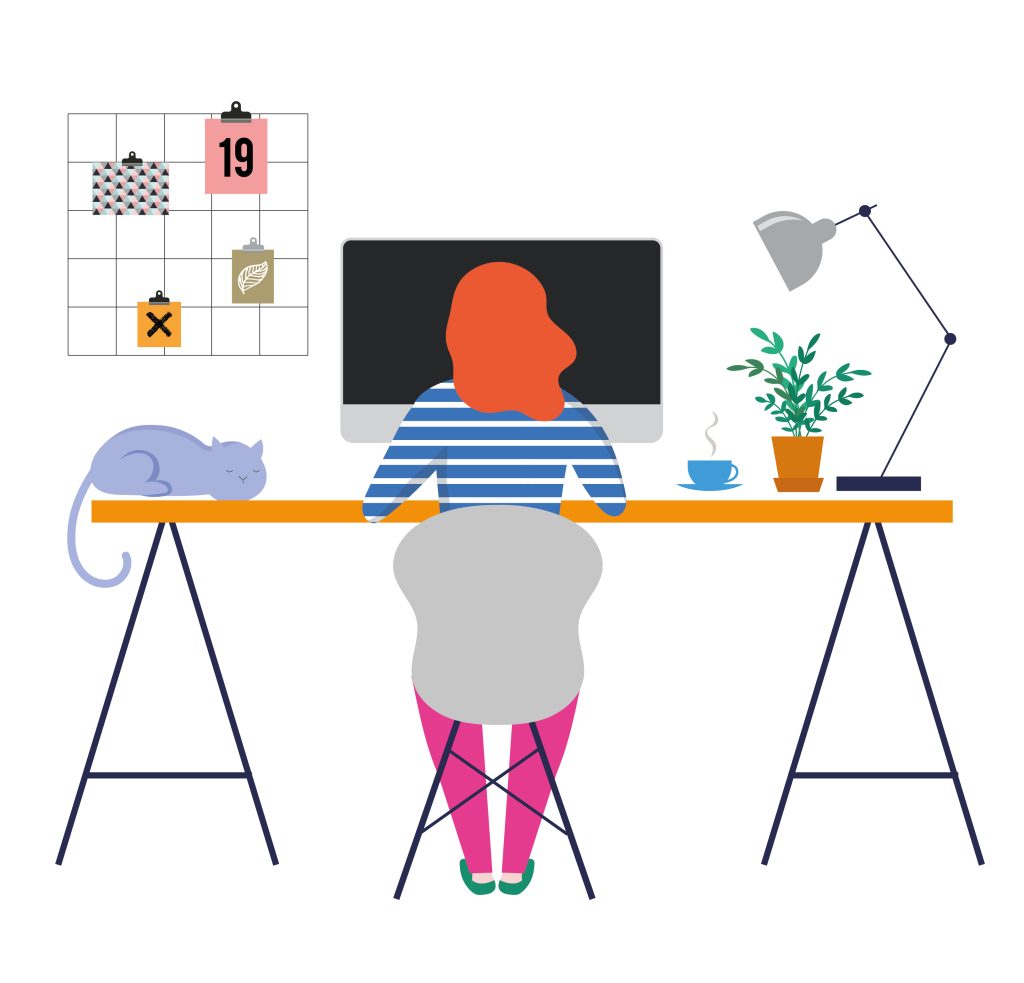 What the WFH is going on?

As lockdown restrictions ease and some sort of mask-less ’normality’ returns to society, the clamour to get back to the office is also increasing.

Only, it’s not proving that easy for businesses and their employees.

Even the Government is struggling to convince the civil service to return to their desks, although Boris Johnson and his Cabinet, and like-minded commentators, are pushing for an end to what former minister Jake Berry labelled “woke-ing from home”.

Many businesses and their workers – not to mention the civil servants – are reluctant to dive straight into a full-scale return. Surveys in the UK and United States are also showing that people would be prepared to take a pay-cut, or even lose benefits, to continue working from home, or at least settle for half of the week without the commute in their makeshift bedroom or kitchen workspaces.

But with ongoing office developments towering over Newcastle, Sunderland and Durham, and more than 1000 Whitehall staff set to move to Darlington, the need for a speedier return is clearly being felt.

Colin Young assesses the options for businesses as they strive for the perfect working space.

More than 18 months on from the first UK lockdown, many offices and workplaces have welcomed back staff and resumed face-to-face operations. But a good number remain remote, with the pandemic-inspired switch to video calls continuing to be a constant of everyday functions. Here, Colin Young looks at the ever-changing employment landscape and where the right balance might be as we head further into winter.

A number of UK companies, and the Government, have been pushing for hybrid working arrangements for their employees to ease them out of working from home; others would prefer vaccinated workers to simply return to the office, some are prepared to accept office-based work only is a thing of the past.

As restrictions are eased and offices of all shapes and sizes reopen their doors, uncertainty prevails and many businesses, and our civil servants, are having to re-examine the idea of remote working remaining an integral part of their lives.

The Future of Jobs Report, by the World Economic Forum, last year revealed 84 per cent of employees were set to rapidly digitise their work processes, as a precursor to working remotely, and businesses continued taking steps to help their workforces adapt.

But the report also revealed that the majority of business leaders (78 per cent) have experienced some negative impact on worker productivity under remote working; and very few can see their operations shifting to a fully remote workforce.

The pandemic forced companies and their employees to adapt to survive and although most surveys and reports since the first lockdown have been positive, working from home, or WFH, has had significant drawbacks for some people who have been unable to pin down a secure work station in their house or felt disconnected from their company and fellow employers.

There is also the concern of mental fatigue caused by continuous remote working, which is why some companies have opened their arms to hybrid working models that allow employees to come into the office on some days, and work from home for the rest of the week.

The challenge for bosses is deciding whose roles can be performed remotely, who can be ‘rewarded’ with more flexible arrangements, and whether they focus on investment for remote workers, such as improved technology and office equipment, or on the workers prepared to return to the office full-time?
IT teams, for example, have proved they can work remotely, and, thanks to cloud technology, they can manage company data, workloads and applications wherever they are based. 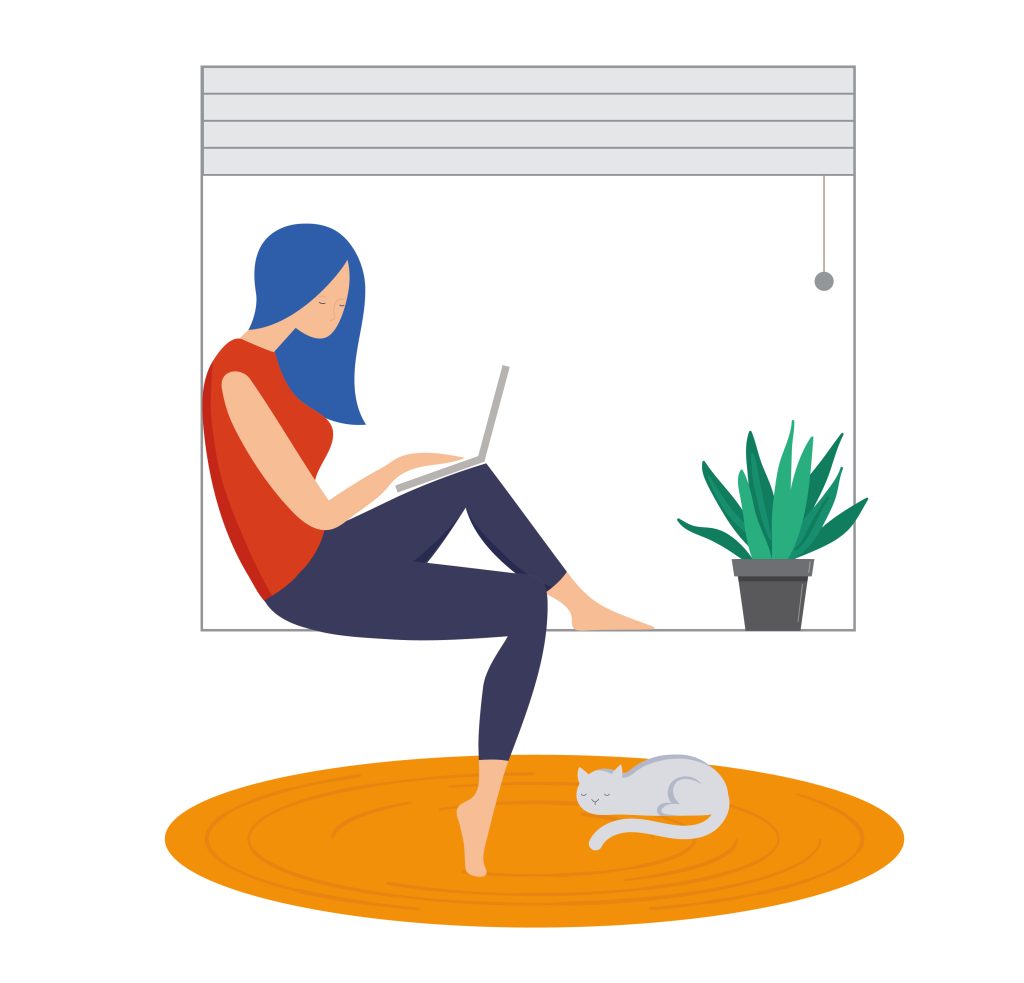 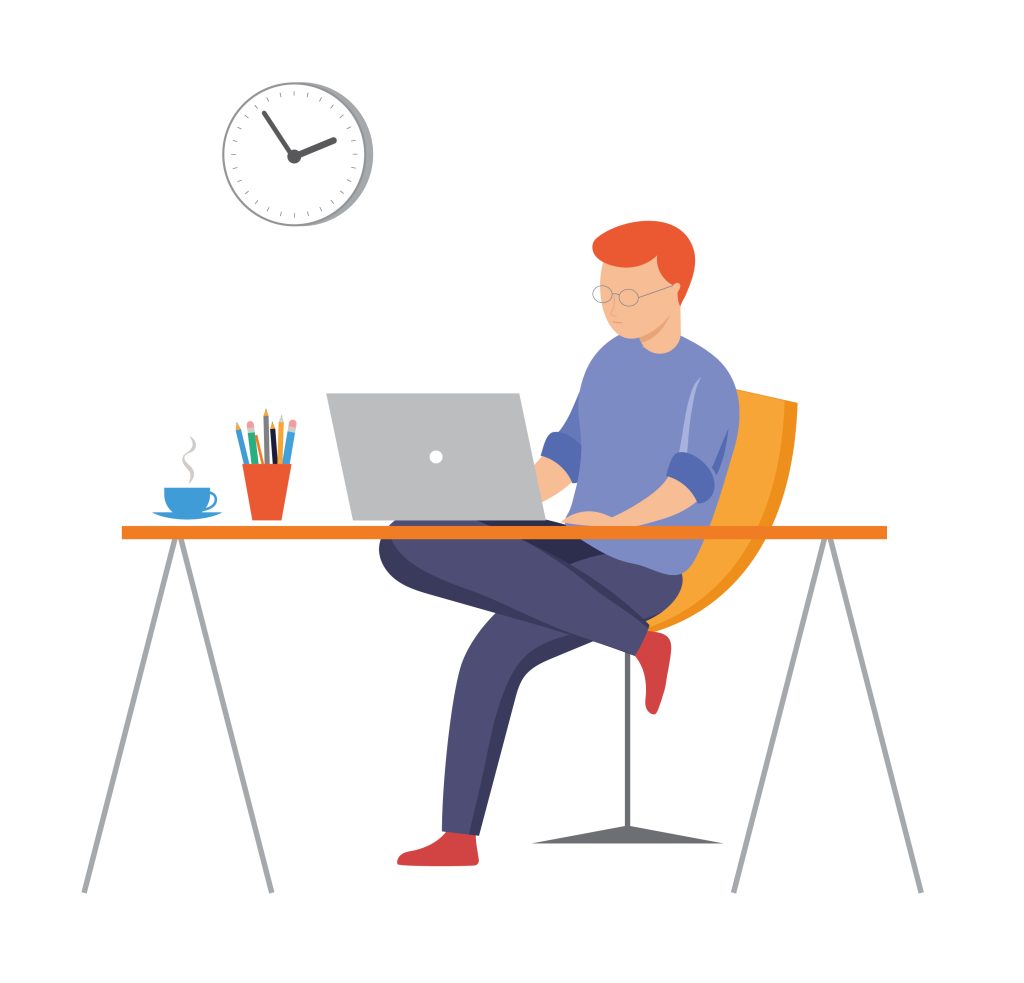 Facebook’s recent embarrassing outage proves this transition is not always seamless or without complication, however.

The issue prompted Prime Minister Boris Johnson to use his keynote speech at the recent Conservative Party conference
in Manchester to attempt to re-align the British workforce, and the civil service in particular, to get back into the office and help ensure city centres are ‘buzzing’ again, claiming people who did not go to the office risked being “gossiped about”.

His speech coincided with the release of Treasury figures which showed working from home could cost the UK economy a further £30 billion a year.

The Prime Minister said: “As we come out of COVID-19, our towns and cities are again going to be buzzing with life, because we know that a productive workforce needs that spur that only comes with face- to-face meetings and water cooler gossip.

“If young people are to learn on the job in the way that they always have and must, we will and must see people back in the office.”

He has support in the Tory ranks – not least among Daily Mail columnists who have spent much of the last few months pillorying civil servants for working from home, while writing columns working from home – and among his Cabinet.

Chancellor Rishi Sunak has also been vocal about people returning to the office to spark productivity and lift footfall for retail and hospitality businesses.

Minister for London Paul Scully said it was unlikely the Government would tell people to work from home again this winter, while new party chairman Oliver Dowden urged civil servants to “get off their Pelotons and back to their desks” in one of the less sympathetic press briefings in Manchester.

Scully said: “I think we have various other interventions to make sure we can tackle any spikes and outbreaks; I hope we don’t see the need to go to Plan B.

“Plan A is very much trusting people 60 to do the right thing and giving people back their lives again and that includes workplaces.

“I think there is a natural balance that is gradually being found with hybrid working, so I don’t think we’re going to necessarily need to push people back to their houses.

“I think we’ve weakened the link significantly between case numbers and hospitalisations and deaths.”

The solutions may lie in the Government’s own survey into home working among civil servants, by Leesman, which noted a hybrid version is the preference for workers across the country.

And 73 per cent of civil servants said they would prefer to work remotely for three or more days of the week and that the perception of home working proved more positive during the pandemic for 70 per cent.

But only 67 per cent were satisfied with the desk or table and 35 per cent did not have a dedicated workspace.

When it comes to personal productivity and access to information, shared ideas and knowledge, the figures are in the 80s.

Leesman’s Office Survey and Home Working Survey and Module (September 2020) also shows that employees with dedicated offices reported the best home working experience, while those working in areas not intended for work reported the worst.

It says: “From individual, desk-based work to creative thinking and unplanned meetings, the more variety in types of work activities, the more challenging it is for their work environment to support those different needs.

“This ‘activity complexity’ for an employee’s role has a significant impact on their workplace experience, whether at home or in the office.

Centre for Cities, the leading think tank aiming to improve the economies of the UK’s towns and cities, which was set up
in 2005 by Lord Sainsbury of Turville as an independent non-partisan research organisation, is constantly assessing the Government’s post-pandemic methodology.

And Paul Swinney, director of policy and research, says workers leaving the back bedrooms and kitchen tables for offices can play a major role in the recovery of the region’s high streets, which have seen existing difficulties compounded by the pandemic.

He says: “Weekday footfall in the North East’s city centres has strongly rebounded this year.

“By the last week of September, weekday footfall in Sunderland was approaching pre- pandemic levels, at 93 per cent of March 2020.

“It is a similar story in Newcastle and Middlesbrough, where footfall is now at 87 per cent and 86 per cent of pre-pandemic levels, respectively.

“To put this in a national context, average weekday city centre footfall across all UK cities was just 67 per cent of pre-pandemic levels by the end of September, so cities in the North East are closer to returning to a pre-pandemic normal than elsewhere.

“What we have to remember, though, is that a bounce back to March 2020 levels is a recovery to a relatively weak position.

“Even before COVID-19, there was concern about the performance of the high street, and there is much work to be done to increase the amount of footfall and spend.

“To do this, Sunderland, Newcastle and Middlesbrough all need to attract more higher skilled, higher paying office-based jobs and give people the support and training to get these jobs.

“In doing so, this increases the amount of money in people’s pockets and footfall on the high street, and it should be a key component of the Government’s levelling- up agenda.”

An example of Paul’s philosophy in action is HyHubs, which offers alternatives to the traditional office at bases in Byker, Gateshead and Newcastle city centre.

Promoting community, collaboration and co-working, it promises to ‘reimagine’ the workspace, with its offer already taken up by firms including digital consultancy whyaye.

The firm moved into its first ‘office’ in Byker’s Hoults Yard after growing its team from one to more than 40 in less than two years, thanks to work alongside one of Silicon Valley’s key software platforms.

Many of its employees work from homes across the North East, while others do likewise across the UK or are embedded in client teams.

“We believe people need to enjoy their time at work, and we strive to find the ‘yay’ in every day,” says chief executive Maureen Robson Norman, who launched the business in 2019 alongside Anna Bisset and Lisa Smith.

“Although our way of working was going well, we felt we needed some way – or somewhere – for the team to come together to collaborate properly.

“I was born and bred in Walker, so knew the Byker area well, and wanted to contribute in some way to its ongoing regeneration.

“We don’t call it an office, it’s more of a co-creation hub, and is designed to promote collaboration, rather than a place to work 9am to 5pm.”

And the flexibility of space, such as that afforded by HyHubs, and the suppleness of operations like those at whyaye, may well be called on again this winter, with stubborn numbers of COVID-19 cases – which had risen to levels not seen since March as North East Times prepared to go to print – prompting medical officials to warn of a long few months ahead.

Indeed, Dr Jenny Harries, chief executive of the UK Health Security Agency, has called for a “balance” between home and office-based working, warning that ordering everyone back to their desks was not “responding to how individuals want to view their work”.

“If everybody returned immediately to work without due consideration, then I think it’s likely we would see more cases over a short period of time, depending on whether they were wearing face coverings, or whether they were taking appropriate precautions,” she told Times Radio.

“People in the UK have sort of grin and born their infectious disease and then gone into work and spread it around.

“I’m hoping as we go through winter, people, when they are symptomatic, will generally recognise that and stay away – and be supported to do so.” 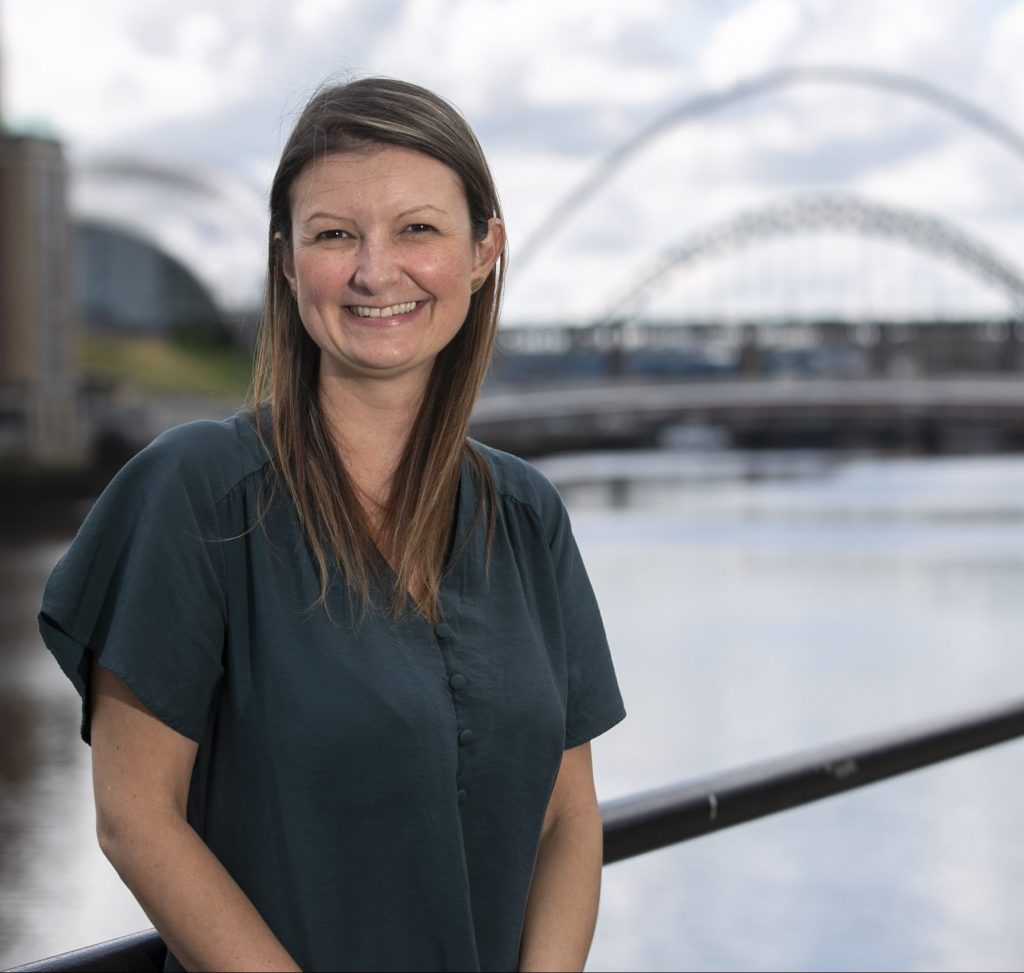