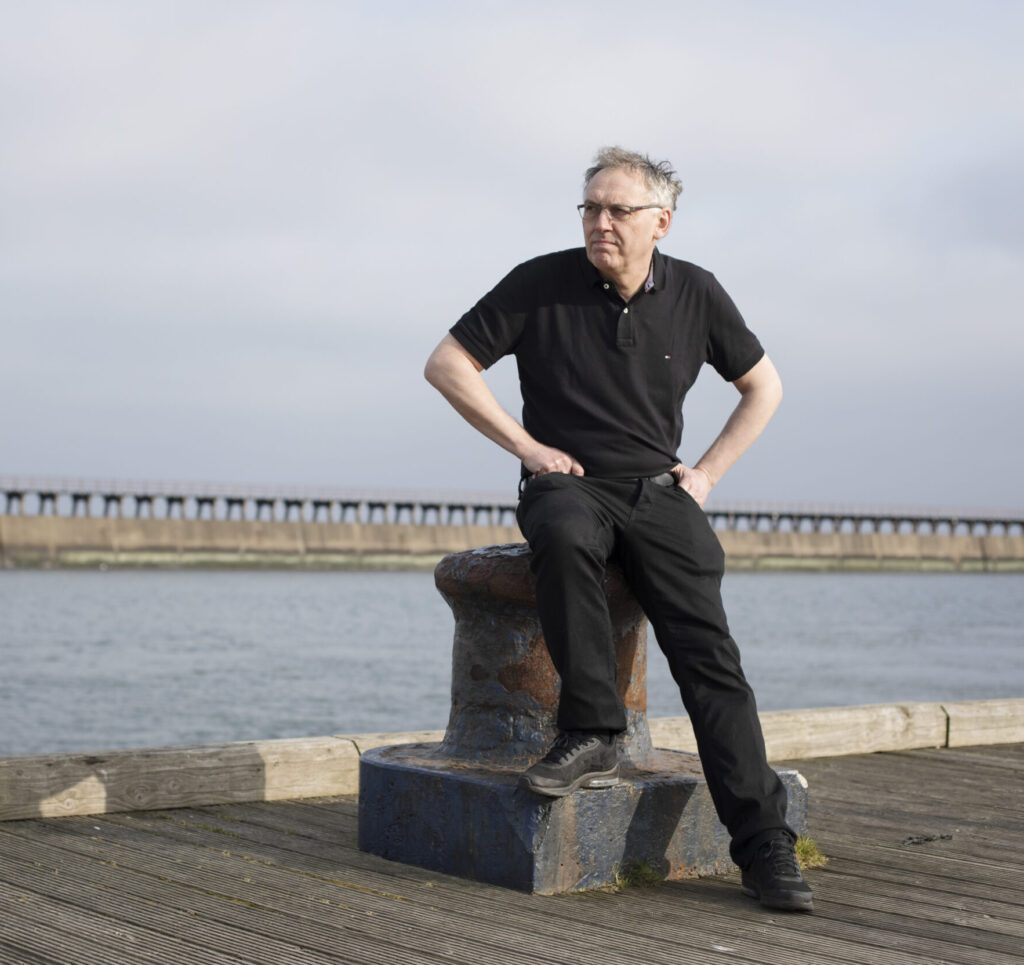 Almost all of the major car makers globally are now producing electric vehicles, or at least planning to, within the next few years. It therefore doesn’t take a genius to work out that the world is going to need a whole lot of lithium-ion batteries to power the electrification push. EV battery start-up Britishvolt wants to play a leading role in this green automotive future and is planning to build the UK’s first gigaplant in the North East. Leading the company is chartered engineer and former Government advisor Peter Rolton. Here, Richard Dawson finds out all about the man behind the wheel at Britishvolt, and why he is pushing so hard to make its plant a reality by 2023.

The similarities between Sir Alex Ferguson and Peter Rolton are not immediately obvious.

One of them is the most successful football manager in history and the other is a chartered building services engineer and renewable energy specialist.

Where the two meet is in having both worked closely with former Manchester United full-back Gary Neville.

In the late 2000s, Peter’s engineering consultancy firm Rolton Group was approached about working on a zero- carbon family home Gary wanted to build on his farm in Bolton.

The Sky Sports pundit needed the services of the company, which typically delivers large-scale manufacturing projects, energy centres and car plants, because he was looking to build on greenbelt, meaning the house would have to be of national architectural significance.

“It’s known in the industry as the Country House clause,” Peter explains.

Gary hired London-based Make Architects to design a blueprint for the build and advised that the project would need an engineer of national standing.

With his experience in low-carbon construction, Peter was given the call-up to come on board.

Around the same time, Gary was preparing to retire from the Beautiful Game and actually asked Peter if he would organise his testimonial match, which the somewhat perplexed chartered engineer duly did in 2011.

United fans will remember the fixture, which saw ‘Fergie’s Fledglings’ or the so-called Class of 92’ – Gary Neville, his brother Phil, David Beckham, Nicky Butt, Ryan Giggs and Paul Scholes – narrowly defeated 2-1 by a competitive Juventus side.

What the Old Trafford faithful won’t perhaps known is that Peter was the man behind the scenes who made it happen, booking the visitors to come over from Turin and even insuring David Beckham’s legs.

At the time, Becks was playing for LA Galaxy, who didn’t want Peter and the team to announce their prized midfielder would be taking time out of the USA’s Major League Soccer season for a testimonial game.

“I said that was no good because I had tickets to sell, I needed to get bums on seats,” says Peter.

With the help of Denis Law’s daughter Diana, Peter recruited Sir Alex to make the announcement, which he did in a BBC press conference.

“Funnily enough, nobody wanted to ring Sir Alex up and give him a telling off,” Peter laughs.

Organising the testimonial was something completely different for Peter, but part of a philosophy that he has carried with him all of his life – when opportunities come, you take them.

It was an opportunity to take on his first building consultancy project at the age of 27 that saw Peter found Rolton Group in 1989.

“The journey started there,” he says.

“I got my first lucky break when I was working for someone else and one of the project managers came along and said, ‘we’ve been let down on a project in Corby, so would you be prepared to give up your PAYE job and go full-time working for yourself on this project?’

“It was a big project; I think the fee they offered me was about £85,000. I thought, ‘opportunities like this only come along once in life, and so I had to take it.”

It’s fair to say that Peter made the right decision.

The company he founded all those years ago has since become a Tier 1 supplier to original equipment manufacturers (OEMs), consulting on large-scale engineering projects and doing strategy work for organisations like the Ministry of Defence, the Crown Estate and Jaguar Land Rover.

Such was Peter’s pedigree in delivering projects with an emphasis on renewable energy and sustainability that he was invited to advise the Government on its Renewable Energy Strategy in the mid- 2000s.

He says: “I was one of two engineers on the Renewables Advisory Board and my job was to sit between senior civil servants and the Secretary of State and provide technical interpretations and advice around policy and how to get things to market.”

When this advisory role came to an end in 2010, Peter’s Rolton Group found demand for its services reaching new heights.

In 2011, the company started working on a biomass power plant for Honda in Swindon.

It’s the kind of project that shows Peter has form when it comes to nationally significant low-carbon industrial schemes, which is exactly what he’s trying to do now with Britishvolt in Northumberland.

Peter says: “Off the back of that work, we got introduced to Britishvolt.”

Rolton Group became Britishvolt’s engineering consultant in 2019, with Peter joining the board of directors in September last year and taking over as chairman in December.

As soon as he got involved with the ambitious EV battery start-up, Peter had to have some difficult conversations with the board about the site in Wales, which he believed had some challenging infrastructure issues.

“I said to the Britishvolt team, you need to go to Blyth,” he says.

The site Peter was referring to was the former Blyth Power Station – a pair of now demolished coal-fired power stations in Cambois on the northern bank of the River Blyth.

The station’s four chimneys were a key feature of the industrial landscape of South East Northumberland, and their demolition was symbolic of how far that area’s star had fallen from the heights of old industry.

Derelict since the turn of the millennium, there have been numerous, unsuccessful efforts to repurpose the site and seize on its potential.

But it was that potential and a bullish Peter that convinced Britishvolt to commit to building the UK’s first gigaplant in the North East.

For Peter, this meant bringing a revolutionary industrial investment to an area that long held a special place in his heart, for he actually grew up in the North East.

He says: “I came here when I was in middle school.

“I lived in East Boldon and my father worked at a company called Littelfuse, in Washington, when the New Town was being built.

“Then my parents decided they wanted to run a post office, so we moved to Longframlington, in Northumberland.

“It was a seven-day-a-week operation and my parents worked incredibly hard – they didn’t have time to go anywhere or have holidays or anything.

“My memories of that time were, Northumberland is lovely, but not necessarily the best place to bring up kids if you’re not going to be able to take them places and do things.”

At 16, Peter’s parents said they were thinking about retiring and asked if he wanted to take over the post office and shop.

A quiet life as the village shopkeeper wasn’t exactly capturing the teenager’s imagination and so the answer to that question was a resounding ‘no’.

Realising he was going to have to find an alternative, Peter went to work for his brother’s mechanical services plumbing company in the Peterborough area.

It wasn’t long before he was back in the North East, though, studying for a BSc in Building Services and Engineering at what was then Newcastle Polytechnic, and is now Northumbria University.

“After working on sites each summer, I realised I needed to go and learn the technical knowledge that informs construction work,” he adds.

Graduating in 1985 at the height of deindustrialisation and the unemployment crisis that ensued, Peter, like many others, left the North East in search of job opportunities.

That was almost four decades ago and now he is on his way back to the region, bringing plans for the largest industrial investment since Nissan’s Sunderland arrival with him.

Britishvolt says its £2.6 billion gigaplant will create 3000 jobs directly and up to 5000 more in the wider supply chain.

It is estimated the lithium-ion battery factory will have a 10GWh capacity initially, working up to 30GWh once fully operational.

As a point of reference, the Envision factory in Sunderland, which supplies batteries to Nissan and is the only other EV battery plant in the UK, only has around a 1GWh capacity.

Britishvolt has set the aggressive timeline of getting its gigaplant open by 2023, a date which is dictated by the need to get to market and establish the company as an industry leader before other competitors swarm in.

Peter explains: “We’ve got to get to market as quickly as possible to capture a market share.

“We cannot afford to get stuck in the weeds, which is why I am pushing so hard and being very aggressive with the timeline.

“The concern is that, if everyone is trying to build gigafactories, there’s only so much production equipment you can buy.

To get to that point, though, there are some key milestones Britishvolt has to hit in the near-term.

First is buying the site in Blyth, which could be done this month. Second is getting planning approval, which could be granted by the end of July, enabling Peter and the team to get spades in the ground this summer.

The third challenge is the one that Peter is least concerned about – raising the billions of pounds needed to make the gigaplant a reality.

The process here will be to list Britishvolt on the capital markets through a special purpose acquisition company (SPAC), which enables companies to list in a much shorter timeframe than the traditional initial public offering.

Perhaps part of the reason Britishvolt isn’t worried about funding is because demand for EV batteries is growing exponentially as the automotive sector races towards electrification.

As it stands, battery manufacturing capacity is nowhere near being able to meet the needs of industry, meaning Britishvolt is stepping into a captive market with no competitors in the UK and virtually none globally.

The company has already been described as a key test of the UK automotive sector’s ability to embrace the future and for the North East, the gigaplant represents a once-in-a- generation opportunity to position itself at the forefront of industrial innovation, rather than be a casualty of it.

As well as the massive jobs’ promise, the huge GVA contribution and the chance to grow a new local automotive supply chain, Britishvolt’s success could mean the North East has a real stake in the UK’s low-carbon future and the green industrial revolution.

Peter has put everything into making the gigaplant a reality, stepping back from his role at the company he founded 30 years ago to shepherd Britishvolt as its de facto UK chief executive.

He says: “Anyone you meet at Britishvolt, you will find that they have massively bought into this.

“I could have sat at Rolton Group chairing the company for a few more years into a comfortable retirement.

“But when opportunities come along, you take them.” 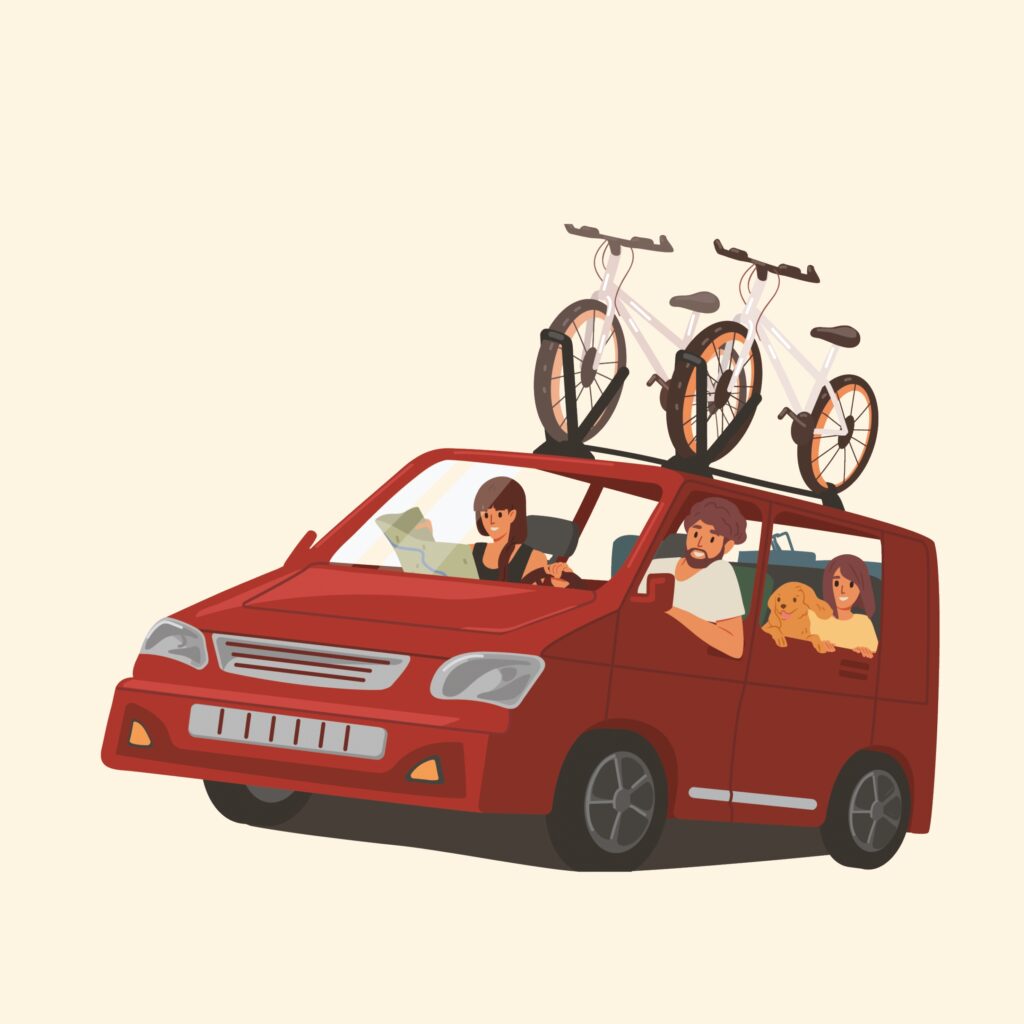 Summertime and the livin’ is getting a bit easier?