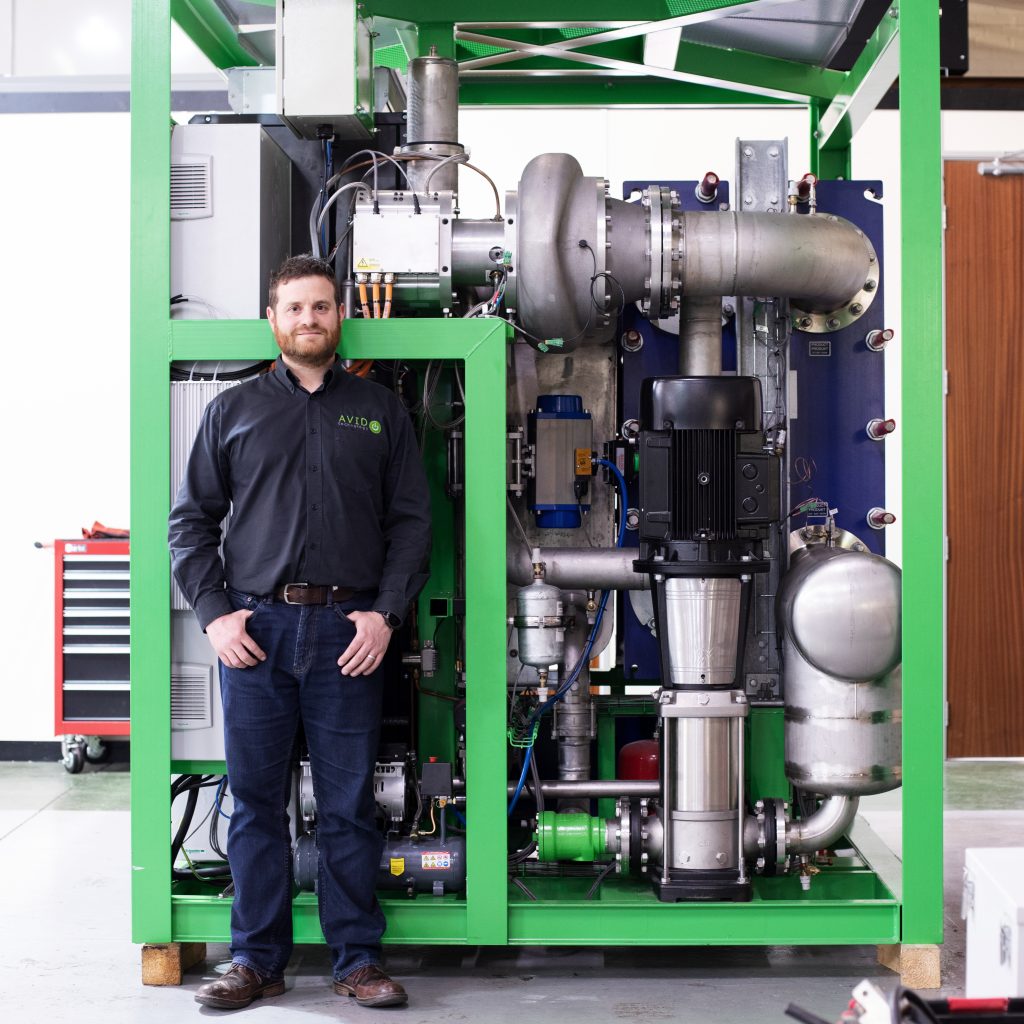 Having been one of the very first businesses to realise the potential of electric vehicles back in 2004, Avid Technology is now reaping the rewards. With further significant growth predicted for the Cramlington firm – thanks to a recent £7 million investment by Maven Capital Partners – managing director Ryan Maughan reflects on how changing attitudes to emissions have been a major factor in their success. Deborah Johnson speaks to the award- winning entrepreneur

While climate change and emissions is something that is now inspiring global policy and efforts to make our planet a greener place are passionately embraced across the world, back in 2004, when Avid Technology (Avid) was established, things were rather different. Electric vehicles were still largely in the concept stage, and the idea of them becoming commonplace in society seemed a world away. Ryan Maughan remembers the situation – and the accompanying attitudes – only too well.

“It was very tough back then. I remember being laughed at and thrown out of meetings. The first page of our company presentation was about climate change and air quality, but in the end I took it out as so many people laughed at it,” recalls Ryan.

“I distinctly remember being asked that if what I was saying about the need to reduce emissions from vehicles was true, then why wasn’t everyone doing it? If you’re the only idiot in the village, that isn’t a very comfortable place to be. While I believed in what we were doing, there were many times I questioned whether this was the right thing to be doing – no-one seemed to get it.”

But after such a tough start to life as an entrepreneur, clearly no-one is laughing now.

Having successfully predicted the unassailable rise of zero-emissions vehicles and battery power, Avid – a specialist in developing and manufacturing powertrain components and propulsion systems for heavy duty electric and hybrid vehicles – is reaping the rewards of being one of the first to move into this sphere.

The business, which employs more than 90 people, works with many of the biggest automotive companies in the world, is enjoying triple digit year-on-year growth, and is looking to expand its whole operation – workforce, its Cramlington factory, production, the scale of its operation – as is contemplates the prospect of its turnover reaching as high as £300 million within the next few years.

Recently, Avid secured £7 million in growth capital from Maven Capital Partners to help it achieve just that, and grow its presence as a major player in the rapidly-developing market.

Speaking at the time of the investment, Jamie Fraser, investment manager at Maven, said: “Maven is delighted to lead the fundraising in Avid, one of the leaders in its field, developing a global reputation in electrification solutions for heavy- duty and high-performance vehicles. With an increasing demand for automotive electronics and powertrain technology, we are pleased to support the business as it extends its range of services and expands its research and  manufacturing capabilities.

“Avid is addressing very real issues around energy consumption and exhaust emissions and we look forward to working with Ryan and the team to help deliver its sustainable transport strategy to provide cleaner air.”

Ryan, who grew up in Blyth and Bedlington, began his career in professional motorsport, building and running racing cars.

“But one day I woke up and I’d fallen out of love with it,” Ryan reflects. “I questioned where it was going to take me in my career and also I had become very aware of the environmental damage it was causing,” he says.

After returning to the North East following his decision to quit motorsport, Ryan spent three years at an engineering company in County Durham – “very interesting and a big learning curve” – but then decided he wanted to set up his own business.

He remembers: “Part of the motivation in setting up a business is that I wanted to create something in the North East, and show people there are opportunities here. When I was growing up, my father thought I should go to London for my career as there weren’t the opportunities in the North East that there are now, nor were they there when I established Avid. We had great universities producing all of these graduates but nothing to keep them here.

“I thought I was getting carried away but I saw the chance to create job and career opportunities in a sector where the North East could lead the way, fundamentally I saw a big opportunity connected with improving and reducing the environmental impact of vehicles in general, that was the type of business I wanted to set up.”

And far from that vision being a pipe dream, that is exactly what Ryan went on to create – although it hasn’t been without its challenges.

“I’d say in the last two years there has been a complete transformation in thinking, the market has changed hugely and is massively receptive, but even three or four years ago we were having to work really hard to persuade bus and truck manufacturers about why they should fit electric fans to their trucks,” he says.

“We were always confident the breakthrough would come, but I must admit I thought we would be where we are now a few years ago – the shift in attitudes has happened slower than I expected.

“While things are going very well now, and over the past 18 months we’ve seen exponential growth, we’ve had times when the big challenge for the business was to keep the lights on and keep our heads above water, it’s all fine and well having this great business idea but you have to balance that with paying the wage bill and the rent. We have been through a cycle of strong growth but then the global recession hit and we slimmed down again – in 2012, we went down to less than ten people, but we have the wind on our backs now and are in a really good position.”

With its £7 million boost from Maven set to propel Avid to the next level of growth, its early entry to the electric vehicle market continues to make the business stand out.

Ryan says: “We have a really good position in the market, we’ve been in this industry for a while now and while there have been quite a lot of new entrants, with more coming all the time, there isn’t really anyone who does exactly what we do – other companies do bits, but no-one else does it all. It is good to have competition, but the market is growing faster than the competition coming in, meaning we are already well placed to take advantage.

“We have the potential to take this business to a whole new level in this next phase of growth – we have a very strong pipeline of work, there is huge demand and lots of opportunities coming in; but the challenge for us now is that we have to deliver so we can achieve what I know we can.” 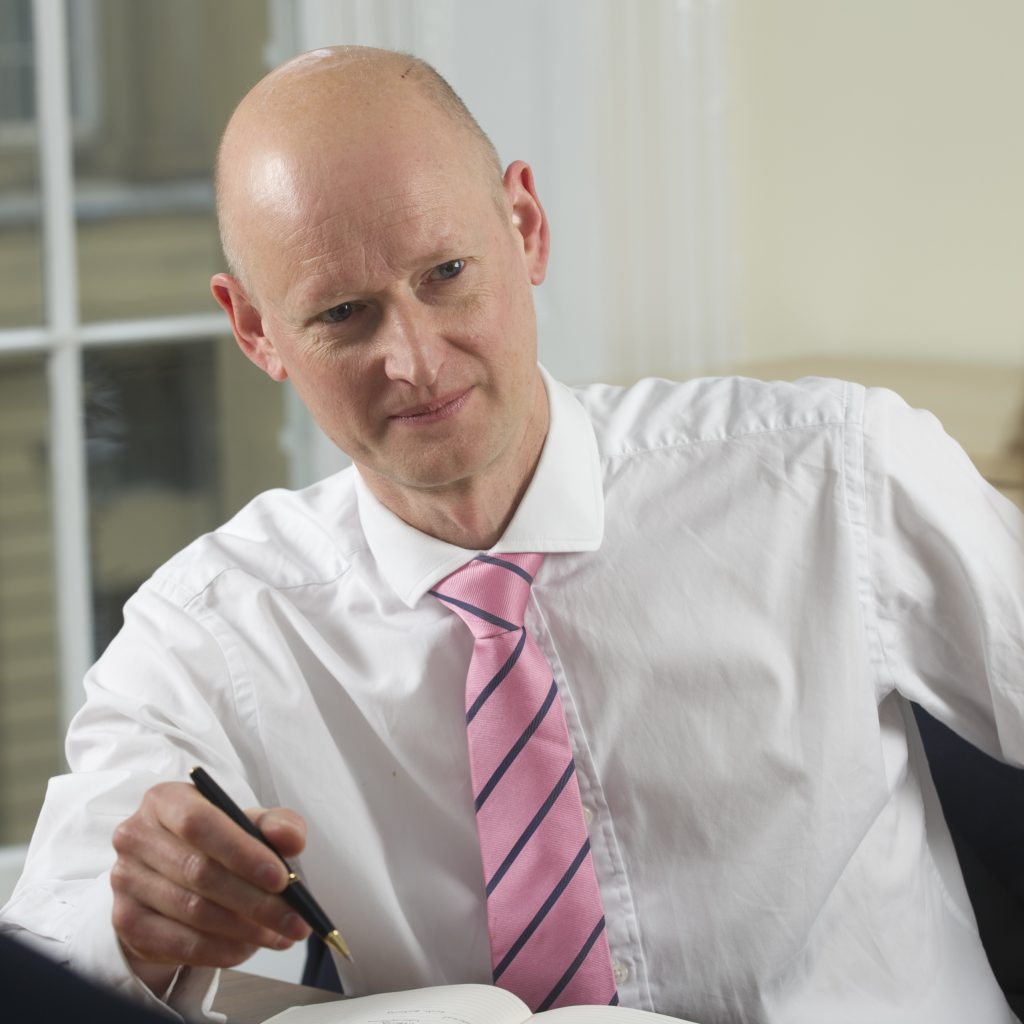