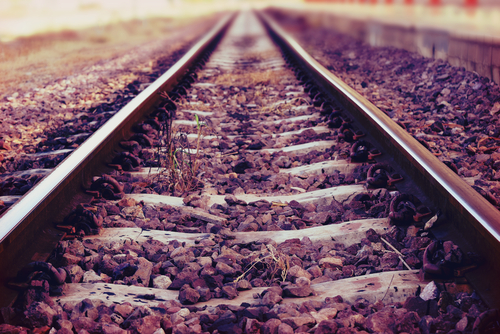 £1.2 billion boost to rail services in the North

Rail journeys in the north east will undergo the biggest transformation in decades, thanks to an unprecedented package of improvements being delivered in new franchise deals, the government announced today (Wednesday 9 December 2015).

More than 500 brand-new carriages, the removal of the outdated and unpopular Pacer trains, room for 40,000 extra passengers at the busiest times, and more than 2,000 extra services a week will be delivered across the north.

The government has announced it intends to award the Northern franchise to Arriva Rail North Limited, and the TransPennine Express franchise to First Trans Pennine Express Limited. Together they will oversee a massive £1.2 billion boost to rail services with brand-new modern trains, more seats, more services and a host of improvements to deliver a modern, 21st century passenger experience – as well as playing a vital role in bringing the Northern Powerhouse to life, rebalancing the economy, creating jobs, opportunity and growth, and providing significantly better journeys across the region.

As part of the government’s commitment to ensure local passengers are at the heart of the rail network and devolve power to those that know their economies and customers best, the franchises will be jointly managed from Leeds by the Department for Transport and Rail North Limited – which represents 29 local authorities across the north.

Transport Secretary Patrick McLoughlin said: “We promised passengers in the north east a world class rail service that would make the Northern Powerhouse a reality – and I’m delighted that we have found two operators that will deliver exactly that. As a one nation government we are committed to closing the economic gap between north and south. This deal, and the joint management of the franchises, will bring the Northern Powerhouse to life.”

Arriva Rail North Limited will run the Northern franchise – which is the second largest in the UK and operates regional and commuter services across the region – from April 2016 until March 2025. The operator will oversee the complete removal of the outdated and unpopular Pacers by the end of 2019, introduce more than 2,000 extra services each week, and will invest £400 million in 281 brand new air-conditioned carriages to be rolled out across the north – more than double the minimum required in the government’s Invitation to Tender.

In the North East, specific improvements on the Northern network include

During the franchises, the government and Network Rail will also forge ahead with electrification of the Transpennine line to deliver faster journey times and significantly more capacity. Network Rail is currently developing a detailed plan for the work which, when finished, will provide a fully electrified route between Liverpool and Newcastle. The work is expected to be completed in 2022. The operators will also support the roll out of Oyster-style smart ticketing on public transport across the north, backed by £150 million of government funding.

Following the announcement, and in accordance with usual procurement practice, there will be a standstill period of 10 days before the department will be in a position to enter into, and complete, the formal contractual documentation and make the award to Arriva Rail North Limited and First Trans Pennine Express Limited.