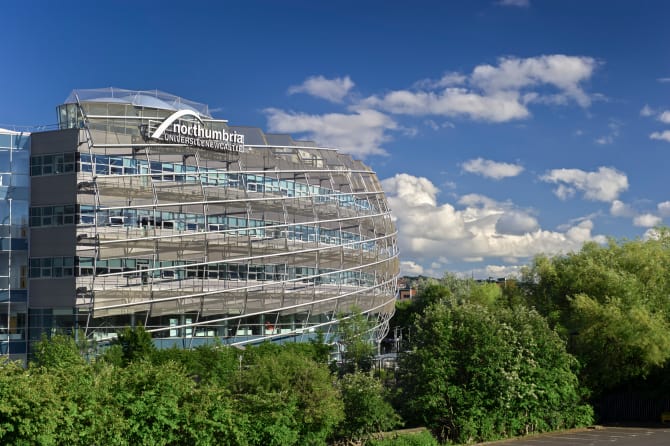 In the annual Times Higher Education’s Young University Rankings 2017 Northumbria retained its place in the 101-150 category. This makes it one of the top universities aged 50 years or under worldwide and the best in the North East.

Institutions included in the annual rankings must demonstrate high standards of performance across teaching, research, international outlook and knowledge transfer to feature in the list.

This year the ranking included 200 institutions, up from 150 in 2016 and 100 in previous years, making Northumbria’s performance in a larger, international league table even more impressive.

In total, institutions from 48 countries are represented in this year’s rankings, with Northumbria one of 27 UK universities included.

In addition to this latest ranking, Northumbria has also achieved a place in the 601-800 category of the Times Higher Education World University Rankings 2016-2017, putting it in the top 4% of all universities worldwide.

Professor Jon Reast, Pro Vice-Chancellor (International) at Northumbria University, said: “Being named as one of the best young universities in the world once again really confirms our international presence and is recognition that we are achieving our ambition to be a research-rich, business-focussed, professional university with a global reputation for academic excellence.”

Northumbria is a research-rich, business-focused, professional university with a global reputation for academic excellence.
To find out more about courses go to the website.