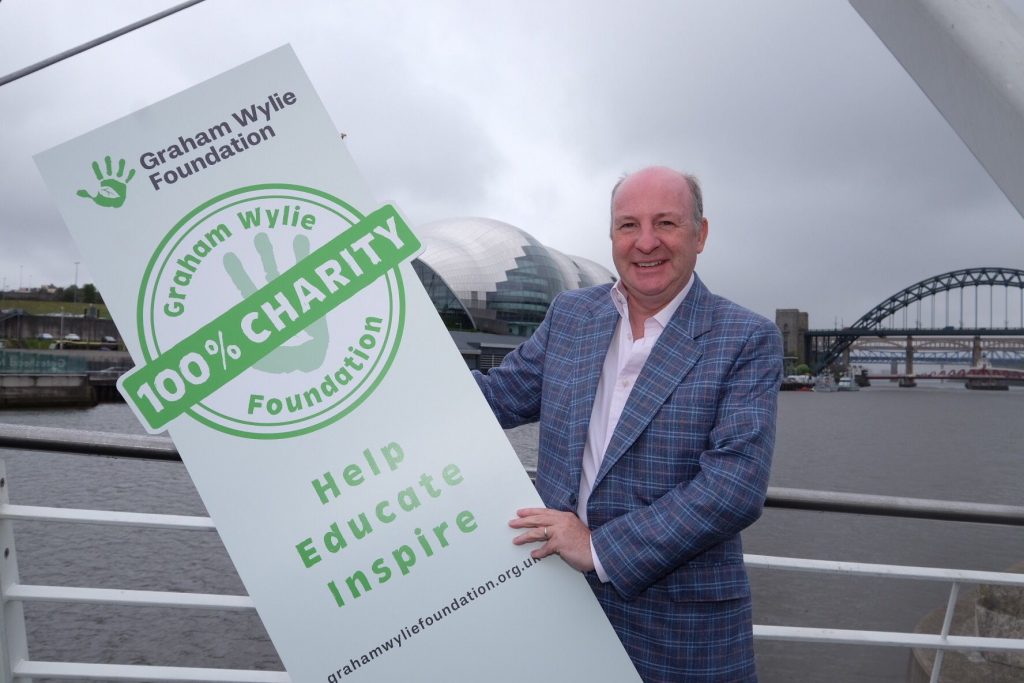 Graham Wylie, the founder of Sage and one of the region’s best known entrepreneurs, has launched a new charitable foundation, with a pledge that 100 per cent of all donations will go to charity.

The foundation is one of a rare few charities anywhere in the world to hand 100 per cent of donations to deserving causes. This is because Graham will be meeting all running, staff and administration costs to ensure every single penny raised and donated goes to his aim of helping, inspiring and educating children across the region.

The charity will be inviting grant applications from groups, organisations and charities from across the whole of the North East for projects which will benefit underprivileged or vulnerable youngsters for years to come. Projects and causes to be funded could include medical equipment, new buildings, support workers, sporting and youth groups.

Graham said: “I’m absolutely thrilled to be able to announce the launch of the new Foundation.

“We’ll be giving grants to fund equipment, buildings, staff and assets, which will benefit groups of children or young people and which will continue to do so well into the future.”

Graham is well known across the region as the founder of Sage and the Technology Services Group (TSG). He is also the owner of the Close House golf resort in Northumberland and owns a string of racehorses.

Graham added: “I was brought up in the North East. It’s where I set up business, it’s where I live and it’s where I’m bringing up my own children, so it’s incredibly important to me to launch this Foundation, enabling me to give back to the region in a very significant way.”

The Foundation is already receiving high profile backing. Footballing legend Alan Shearer said: “I wish the Graham Wylie Foundation the best of luck on their launch. To Help, Educate and Inspire the underprivileged and vulnerable children and young people of the North East is a cause I would be proud to support”

While he has always been charitable, two milestone events in Graham’s life encouraged him to take fundraising much more seriously, giving him an understanding of the difference he could make to the North East.

Firstly, he was diagnosed with testicular cancer in 2000. Fortunately, the disease was caught early and he has now been given the all clear.

Then, seven years ago, one of Graham’s twin girls with his wife Andrea needed open heart surgery as soon as she was born. Kiera is now a happy, healthy little girl, running around with her sister Zhara and enjoying school.

To thank the medical staff who saved his daughter’s life, Graham became patron of the Children’s Heart Unit Foundation (CHUF), bringing on board his friends and fellow Geordies Ant and Dec, and Alan Shearer, and carrying out extensive fundraising activities.

Now, Graham will further step up his efforts to give back to the North East community, by helping to provide assets and services which will improve the lives of vulnerable children and young people across the region.

To be one of the first to support the Graham Wylie Foundation, text INSPIRE to 70300 to donate £3.