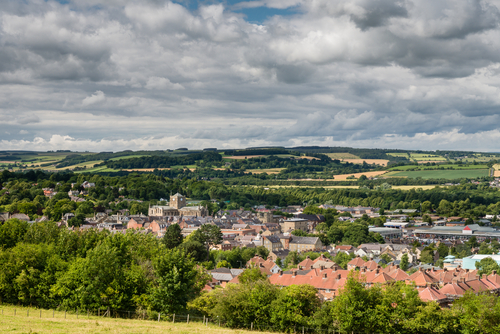 Businesses in Hexham have backed an initiative that will see more than £1.2 million invested in the town over the next five years.

In a postal ballot, 66 per cent of businesses voted in favour of creating a new Business Improvement District (BID).

Business Improvement Districts have proved hugely successful in enabling businesses to take the lead in regenerating commercial environments, with over 200 currently in operation throughout the UK.

232 businesses voted in the ballot, representing a 36 per cent turnout.

The yes vote follows a year of discussion and debate among businesses in the town, with the final decision to establish the BID subject to a four week postal ballot.

Over 600 eligible businesses in the town were sent a ballot pack and a BID business plan, upon which to base their decision, by the county council’s election agent UK Engage.

The ballot closed on Thursday February 18 and a count and standard verification procedures were undertaken by UK Engage.

Work has already begun to establish the new Hexham BID which will begin operating from April 2016 for a period of five years. The £1.2 million ring fenced funding for the BID will provide resources to deliver a raft of improvements in the town, led by business for business.

Cllr Allan Hepple, cabinet member for economic growth at Northumberland County Council said: “We would like to congratulate everyone involved in developing the Business Improvement District in Hexham and thank all those businesses who took the time to vote. Following over a year of working together locally we look forward to continuing to support the new BID company, helping Hexham to grow and develop over the next five years and beyond.”

Malcolm Eglin, chair of the Hexham Business Improvement District Steering Group and owner of Malcolm Eglin Antiques on Haugh Lane Industrial Estate said: “This is wonderful news for Hexham. It shows what we can achieve by working together and I would like to thank everyone who has supported the BID’s development and all those businesses who voted.”

Janine Armstrong, vice chair of the Business Improvement District Steering Group and owner of Ashley Matthews Jewellers in Hexham Market Place said: “Today is just the start and the hard work begins now. Many businesses are already involved in the BID and we now need to establish the new company that will run the BID in Hexham. If any local companies are interested in getting involved with the BID please do get in touch directly with our project manager, Matt Powell, on 07967395621.”