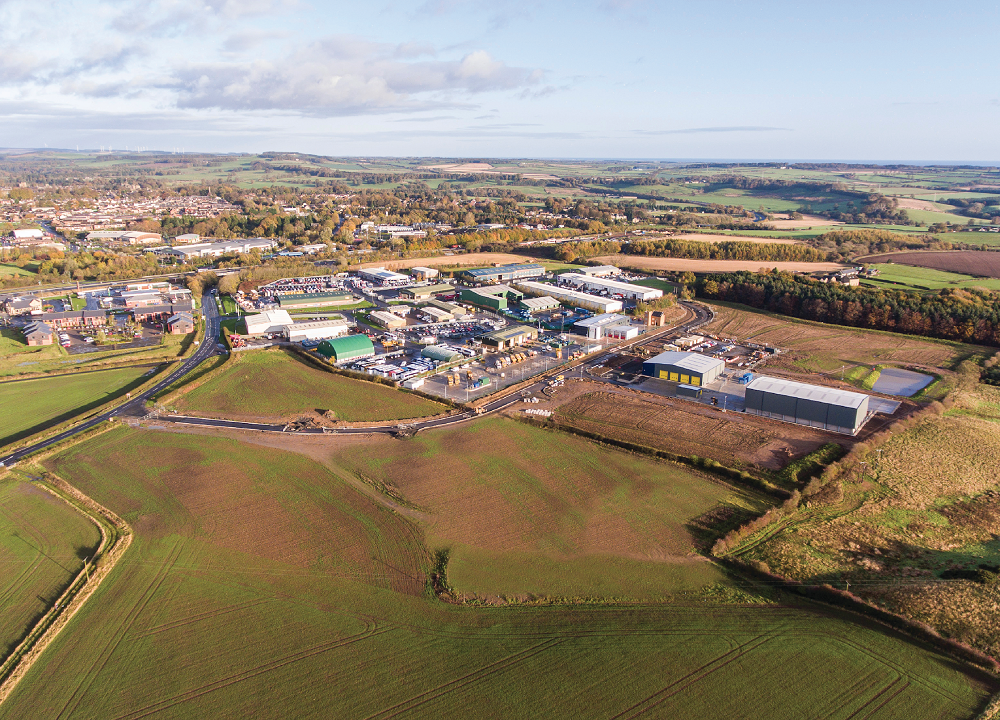 Northumberland Estates has secured a new lease to JT Dove, which is expanding its presence at Lionheart Industrial Estate in Alnwick.

The news follows the recent announcement that the town will soon be home to a new M&S Foodhall, which will form part of a new retail park being developed by Northumberland Estates at Willowburn Estate.

Northumberland Estates has recently invested £1.2million in new infrastructure at Lionheart Industrial Estate, which has enabled the developer to extend the estate to 56 acres with capacity for a further 200,000 sq.ft of new commercial development.

JT Dove occupy more than 9000 sq.ft of industrial space at Lionheart Estate, which sits adjacent to the A1 at the southern edge of Alnwick town centre. The firm has agreed with Northumberland Estates to extend its lease commitments to 2030 and has also signed an additional lease on a further 5,500 sq.ft of space.

The builder’s merchant currently employs eight staff at Alnwick but expects this number to grow to twelve as a result of the expansion.

Steve Robinson, managing director of J T Dove said: “Northumberland Estates has been very accommodating in helping our business expand. We are now able to commit to the longer lease as the site caters for growth over the coming years.

“The enlarged yard area will enable us to add several further product ranges to cater for our core customers requirements. The branch services local tradesmen, farmers and businesses in and around the Alnwick area and forms an important part of our North East branch network.”

Earlier this year a new salt depot was completed at Lionheart for Highways England, which has signed a 15-year lease with Northumberland Estates.

Michael O’Driscoll, senior asset manager at Northumberland Estates said: “The latest letting activity perfectly demonstrates the current levels of confidence in the location. We are finding that established regional and national organisations identify Alnwick as a strategic location which draws in customers from as far north as Berwick and as far south as Morpeth. We are currently in advanced discussions with a self-storage company about a new facility at Lionheart and hopefully, an announcement will be made in the coming months.”

Nick Atkinson, director at HTA Real Estate, the agent acting on behalf of Northumberland Estates added: “As a consequence of the new infrastructure and the town’s growth in new housing and tourism, Lionheart is proving to be an attractive location for many occupiers. The addition of brands such as M & S, McDonalds, Sainsbury’s and Homebase to Alnwick are a tremendous boost for  Lionheart, where we have the capacity to accommodate a wide range of commercial requirements with bespoke new build units from 10,000 sq ft upwards”