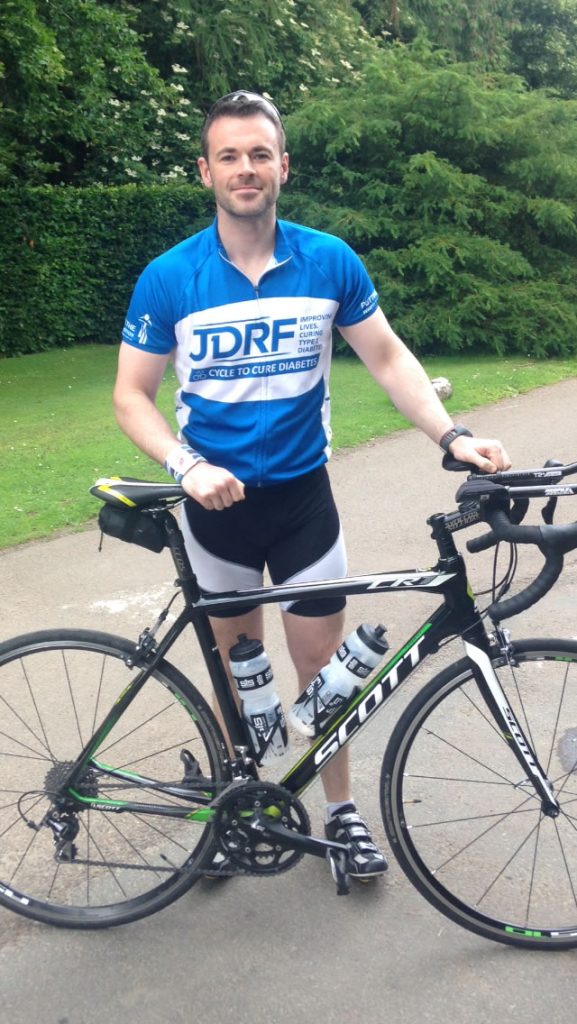 A Newcastle-based lawyer is cycling 285 miles in a day to raise money for a diabetes charity, inspired by his friend’s young son who has the illness.

Paul Monaghan is cycling from Inverness to Gosforth today (June 10) to raise vital funds for JDRF (Junior Diabetes Research Foundation) and hopes to get to £2000.

Paul, the head of insolvency and Corporate Recovery at Newcastle law firm Sintons, became aware of JDRF through fellow cyclist Gordon Ferguson, whose six-year-old son Ben has type 1 diabetes and is an active fundraiser for the charity.

The lawyer had already decided to embark on the extreme cycling trek after accepting the challenge from friends, but chose to fundraise for JDRF after being inspired by little Ben.

Paul – who has undergone a 19-week intensive training programme for the challenge and been trained by renowned trainer Phil Gray from Total Racing International – said: “Myself and a group of friends always do the Coast to Castles bike ride – which is 180 miles over three days – and last year, Ben came along at the start to collect some money in his bucket for JDRF. He had done really well with his fundraising, but I wanted to do something to help him out and add a few more pounds to what he had in there.

“I love an extreme challenge, and had already decided to cycle from Inverness to Gosforth to prove a point to some friends, who said cycling that kind of distance in 24 hours couldn’t be done – so after seeing Ben’s determination and commitment to raising money, I decided I wanted to use my bike ride to fundraise for JDRF too.”

Sintons has given Paul its financial backing by making a donation to his challenge, and he is also being supported by two colleagues in his insolvency team who are driving a support vehicle along the route.

To make a donation, visit www.justgiving.com/Paul-Monaghan4