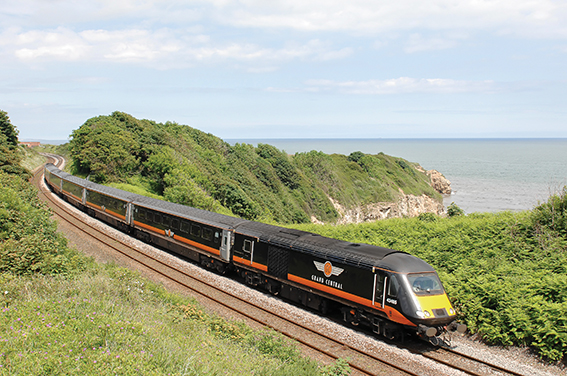 The Northern Transport Strategy Spring 2016 Report was launched by Transport for the North and the Department for Transport yesterday, (Monday 7 March 2016), in Gateshead.

The report sets out plans for transformative projects such as Northern Powerhouse Rail and Smart North – a system to help passengers switch easily between buses, trains and trams across the region while ensuring value for money. It also updates on some of the key improvements made over the last year across the region, with billions of pounds already guaranteed across rail, road and smart ticketing to deliver better journeys for passengers and support economic growth across the region.

Chancellor George Osborne said: “Improving transport links between the North’s major cities is at the heart of our plans to build a Northern Powerhouse. We created Transport for the North to help identify the priorities to connect up the great cities and towns of the north and to set out a vision to help us transform journeys for hardworking people.

“John Cridland and his team have made enormous progress in the last year and this is a welcome report which shows both the improvements we have already made across the Northern Powerhouse as well as highlighting the potential to go much further.”

Transport Minister Andrew Jones MP said: “This report and our huge investment in transport in the north demonstrate this government’s commitment to the Northern Powerhouse.

“From smart motorways and rail franchising to potentially revolutionary future projects including Smart North and Northern Powerhouse Rail, our work is delivering easier and swifter journeys for passengers, and supporting jobs and growth across the region.”

John Cridland, Chair of Transport for the North (TfN) said: “I’m delighted with the progress of our ambitious plans to transform infrastructure in the north of England. Our vision to rebalance the economy will greatly benefit residents of the north and the United Kingdom as a whole. Looking to the future we’ll build on our research, which is underpinned by the first Independent Economic Review for the North, to devise a prioritised investment programme.”

The government is investing £13billion on transport projects across the north. Progress over the past year includes:

· a £2.9 billion commitment to road improvements for the five year period to 2020. Construction has already begun on improving access to the Port of Immingham, improving the A1 in Yorkshire and Newcastle, and upgrading key sections of the M60, M1 and M6 to smart motorways;

· government securing investments of over £1 billion to upgrade rail infrastructure – including the electrification programme and track, station and signalling improvements – which will allow faster and more frequent services across the north; and

· TfN and the government are working together on the introduction of the new Northern and TransPennine Express franchises, to begin in April 2016, which will deliver new-build trains, more than 500 brand-new carriages, room for 40,000 more passengers and 2,000 extra services a week. TfN will look to build on these improvements and ensure that these transformative links are delivered.

The Spring 2016 report shows that TfN and the government are building on this investment to create long term plans on projects to transform travel in the north. The emerging Northern Powerhouse Rail network – an ambitious plan to link the north from west to east with a network of high quality rail connections – will slash journey times and increase the frequency of services. Work continues to identify where upgrades to the existing network are possible and new lines may be desirable.

The report also outlines TfN’s implementation plan for Smart North, a smart ticketing system to simplify fares, slash queuing times and help passengers switch easily between buses, trains and trams. TfN intends to roll this out step-by-step across the region.

The Spring 2016 report is underpinned by initial findings from the Northern Powerhouse Independent Economic Review. This research, commissioned by TfN, is the first of its kind in the UK and ensures that proposals for short, medium and long-term investment are supported by a robust economic case.

TfN now represents all Local Enterprise Partnerships and all Combined Authorities and Local Transport Authorities in the north, and with £50 million confirmed funding over this Parliament, TfN is continuing to grow its capability and capacity towards statutory status by early 2017. This means that delivering the Northern Powerhouse is done by the local people who know their economies best.