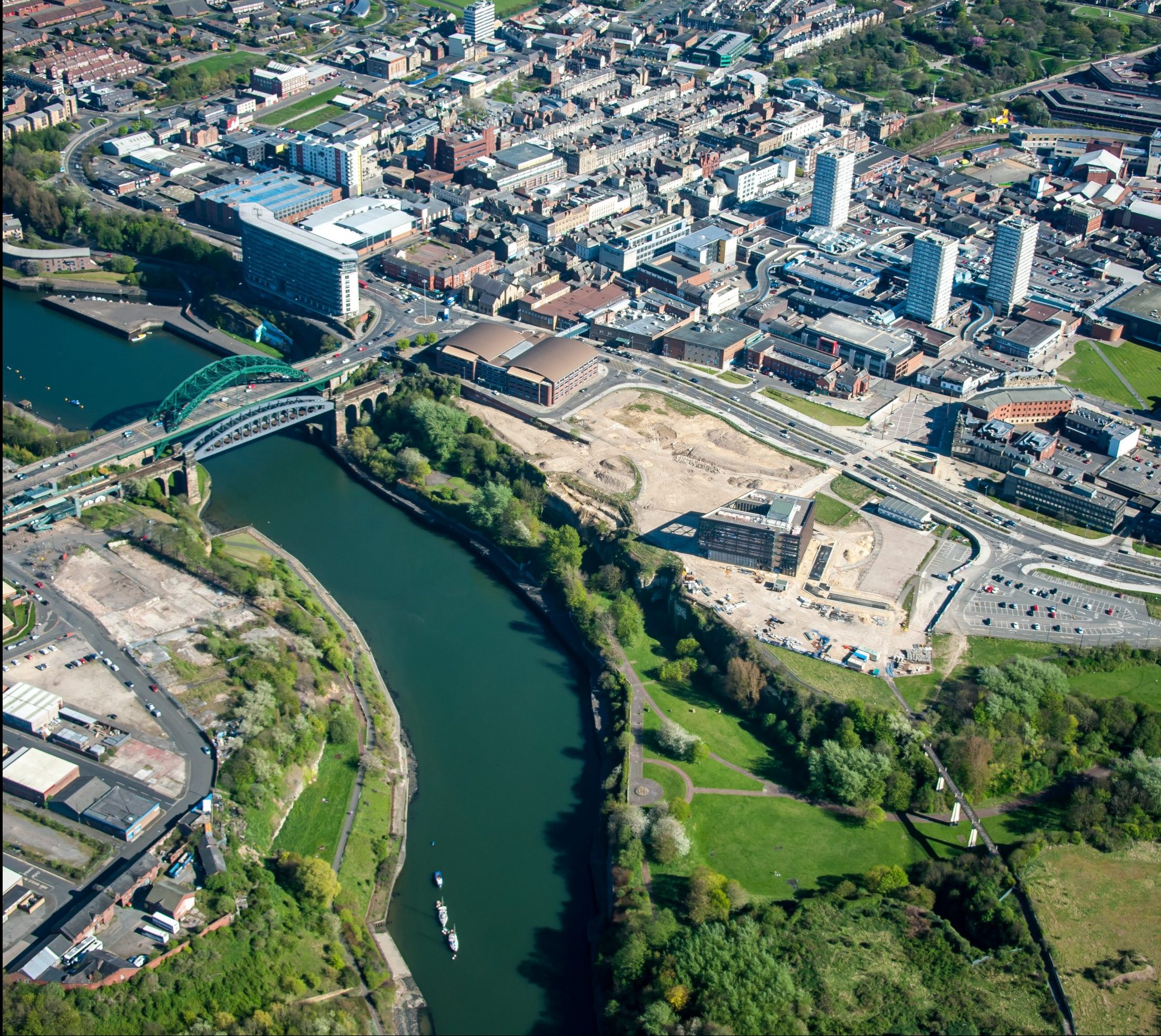 Work on Sunderland’s iconic Vaux site has restarted, with construction partner Tolent awarded the contract to complete the first building.

Sunderland City Council’s development partners Siglion – which is responsible for the development of the whole Vaux site as well as a number of other key regeneration projects in the city – has confirmed that North East headquartered Tolent Construction has been appointed to complete phase one of the development, replacing Carillion Construction which was liquidated earlier this year.

Tolent – which has delivered a number of high profile projects in the city in recent years, including the construction of the Beacon of Light, Hilton Garden Inn in the Stadium Village, the Echo Building and housing on Doxford Park estate – has restarted work on the first building, The Beam, which can be seen from High Street West, as well as infrastructure, a new public square and continuation of the Keel Line.

It is expected that The Beam will open early in 2019, delivering over 59,000 sq ft of office and leisure space, and extending the footprint of the city centre towards the riverside, connected by Keel Square.

Leader of Sunderland City Council, Councillor Graeme Miller said: “The redevelopment of this site is of massive strategic importance to the future of our city, and we can all be delighted that building is about to resume.

“We have been working hard with Siglion to find new construction partners since Carillion got into difficulties and believe in Tolent that we have found the company best placed and prepared to take things forward.”

“We’re delighted that work is underway once again on The Beam, the first building on the former   Vaux site.”

Cllr Miller added: “Vaux is a long-awaited development for the city and one that will mark the start of a new life for a site that is central to Sunderland’s economic and cultural ambitions – a place that will become a business hub, as well as a destination for leisure and housing in the future.  It’s great news and we very much look forward to seeing the building completed next year.”

David Roberts from Siglion, which was formed in 2015 to attract investment in Sunderland, said: “We are delighted to have found a partner in Tolent that we absolutely know can deliver this project to the highest possible standard.

“The Beam is going to be an iconic building, and it is already making an incredible impact on the skyline in Sunderland.  We are pleased that, after a pause, we’ll soon see work resume on site to deliver this ground-breaking building.”

The site was closed down earlier this year, after Carillion Construction was liquidated.

Mr Roberts added: “The collapse of Carillion Construction meant that work on Vaux had to cease in January, and it has been a painstaking process to move this forward in a way that would not undermine the warranties associated with this building, as well as the quality of the space, which is paramount to us, given the significance of this site.

“We should see things move on quickly, and we very much look forward to opening a fantastic building next year, which will be a huge asset for Sunderland.”

Many of those who originally worked on the Beam have been re-engaged to finish the building.

David Thompson, regional director from Tolent, said the company was delighted to have been awarded the contract after a competitive tender process.

He said: “We are really pleased to have been chosen to complete work on The Beam, which is a stunning building that will mark the start of the creation of a vibrant new district in the city centre.

“Building work is well advanced, but there is much to do to complete it, and we’re looking forward to getting this hugely important building completed, working with our established network of sub-contractors, who we know will deliver this project to an exceptional standard.  As a North East business, with a proud history of delivering projects in Sunderland it’s a pleasure to be involved on this project.”

To find out more about the site, visit www.the-beam.co.uk. 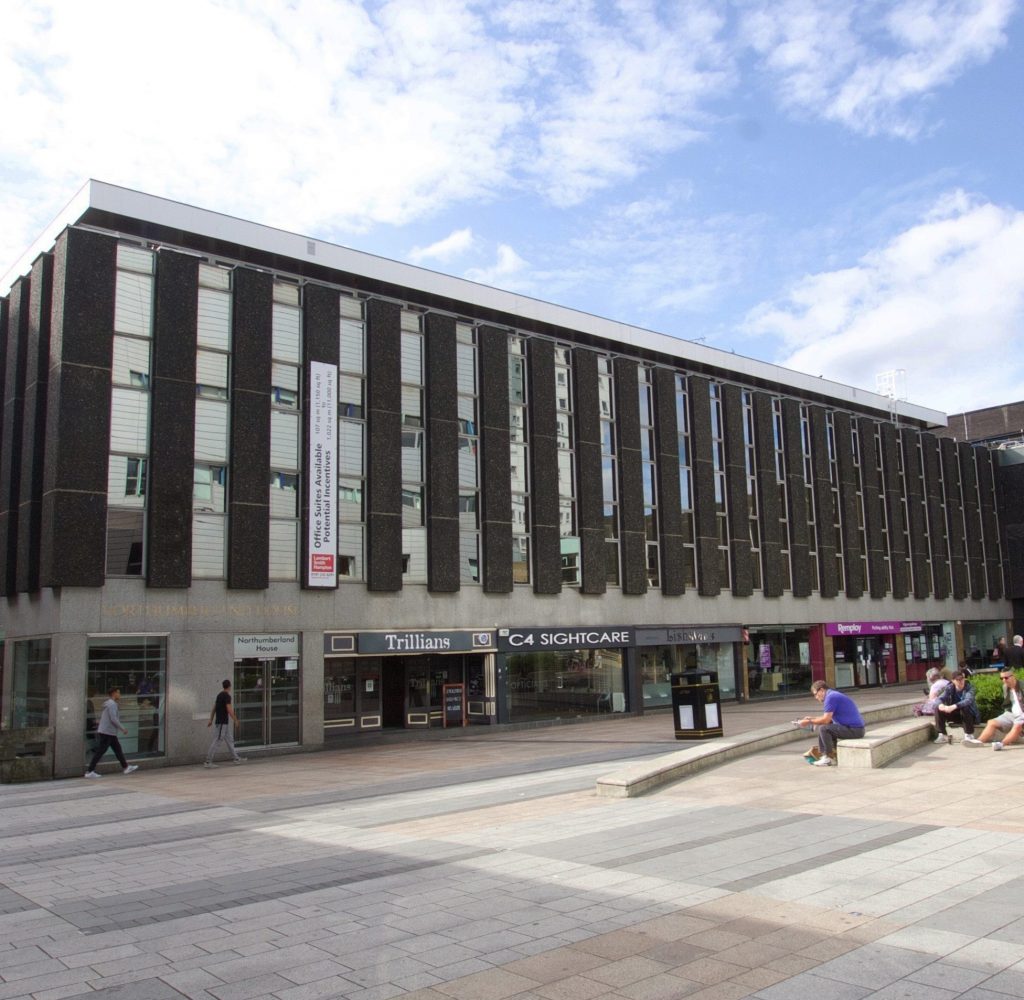