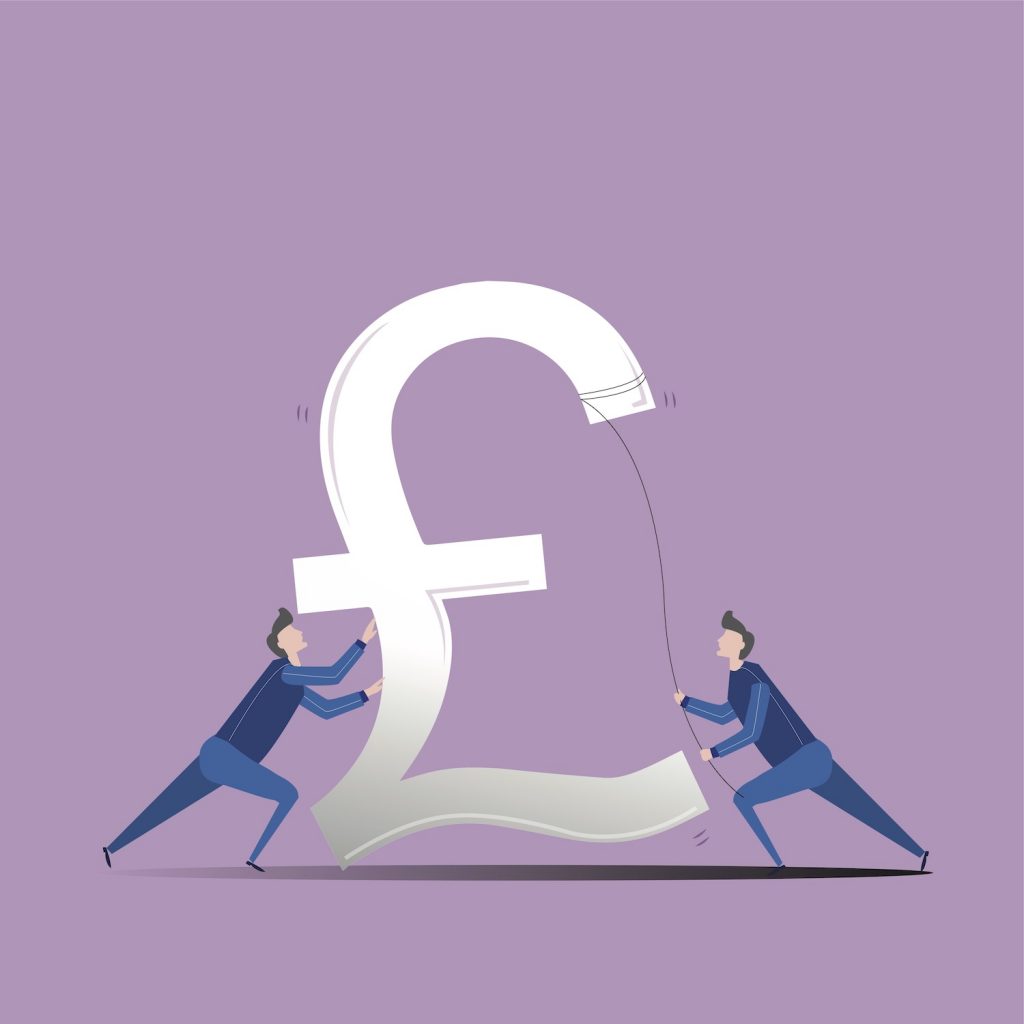 Opinion: The pound in your pocket

Bank of America analysts made headlines last week when they characterised the pound sterling as an “emerging market currency.” Naturally, three Englishmen have come to its defence. Richard Dawson speaks to policy advisor, Tom Kennedy, and currency strategist, Grant Murray, to get to the heart of the exchange rate debate

The pound sterling has long been a symbol of British sovereignty and identity, its long history a source of national pride.

Successive governments have defended its autonomy and its value, often at huge political and economic cost.

In 1976, James Callaghan, then Prime Minister, took out what was the largest loan ever from the International Monetary Fund (IMF) to support the value of GBP.

The UK economy was in a deep crisis at the time, still reeling from crashing out of the Bretton Woods system of fixed exchange rates in 1971 and struggling to cope with an oil embargo and energy crisis, which saw prices quadruple by 1974.

Rampant inflation, which rose by 27 per cent in 1975 alone, caused financial markets to feel the pound was overvalued, triggering a massive sell-off that was only stemmed by Mr Callaghan borrowing $3.9 billion from the IMF a year later.

It’s an early example of what has been a tumultuous half century for the world’s oldest continuously-used currency.

From the monetarist policies of the Thatcher years to the European Exchange Rate Mechanism (ERM) debacle and Britain’s flirtation with the euro, the pound’s value has risen and fallen over the decades.

One of its most dramatic falls is also its most recent. The result of the 2016 referendum on EU membership weakened sterling by around 15 per cent against other currencies in the months following the June 23 poll.

Coupled with recent movements in the foreign exchange markets due to the coronavirus pandemic and it looks as if the pound is more volatile than it has been for some time.

This is what prompted Bank of America (BoA) currency analysts, Kamal Sharma and Myria Kyriacou, to argue last week (June 24) that the pound is becoming an emerging market currency.

Traditionally part of the G5 currency group, which includes the US dollar, the euro, the Japanese yen and the Swiss franc, the pound has been regarded as one of the safest currencies in the world. It is still the 4th most traded.

That could all be about to change, according to the BoA analysts.

They say that “Brexit is likely to permanently alter the way investors view the pound” and add that the currency is “in the process of evolving into one that resembles the underlying reality of the British economy: small and shrinking.”

While recent volatility in the pound makes for an unflattering comparison with currencies like the Mexican peso and Turkish lira, the BoA analysis goes a step further to suggest that the UK economy is going to be permanently weaker in the long run.

Here, the BoA is on much more contentious ground. Of course, the UK economy looks likely to suffer in the short-term but the effect this has on exchange rates will depend on how we shape up compared to other countries.

It is too early to say that the UK is going to emerge from this economic crisis much worse off than other countries, though the prospect of a no-deal Brexit increases the likelihood of this.

As such, suggestions that GBP will hit parity with the euro and fall to $1.10 against the dollar seem premature.

This was the conclusion drawn by Tom Kennedy, policy adviser at the North East England Chamber of Commerce.

He says: “In my view, the fall of sterling means that currency speculators are betting that short-term uncertainty and the long-term implications of leaving the EU will weaken the economic base of the UK.

“With the implementation of barriers to trade with the EU likely and foreign direct investment down since 2016, who is going to disagree?”

Part of the rationale for the gloomy BoA analysis is that the UK has a “dual deficit” problem.

Tom explains: “The dual deficit problem is that the UK both imports more than it exports (current account deficit) and spends more than it earns through taxation (fiscal deficit).”

Looking at the United States, which has expanded its deficits by record sums in recent months without much dollar depreciation, Tom isn’t convinced deficit spending has much of an impact on exchange rates.

He adds: “It will be interesting to see how the two currencies [GBP/USD] look next year.

“If 10 per cent of the US workforce is still unemployed by the end of the year and if the UK manages to avoid mass redundancies through the job retention scheme and strikes a UK/EU free trade agreement, then I would assume the pound will be worth more against the dollar than it was the start of this year.”

“True emerging market currencies move around like you wouldn’t believe”, he says. “The volatility in the options market is enormous with four point differentials on interest rates between G5 currencies and the likes of Mexico and Turkey.”

More to the point, the degree to which investors are willing to put their money into the UK vs developing countries couldn’t be more different.

Grant explains: “If you look at sovereign debt ratings, long-dated treasuries and long-dated gilts in the pound vis-à-vis emerging market currencies, you’ll see a massive disparity which actually proves the comparison is not really fair.

“My own feeling is that the Eurozone is more likely to fall apart before the GBP.”

While it is clear that the pound has been volatile in recent years relative to other G5 currencies, the suggestion that it is now uninvestable seems to be fuelled more by speculation than economics.