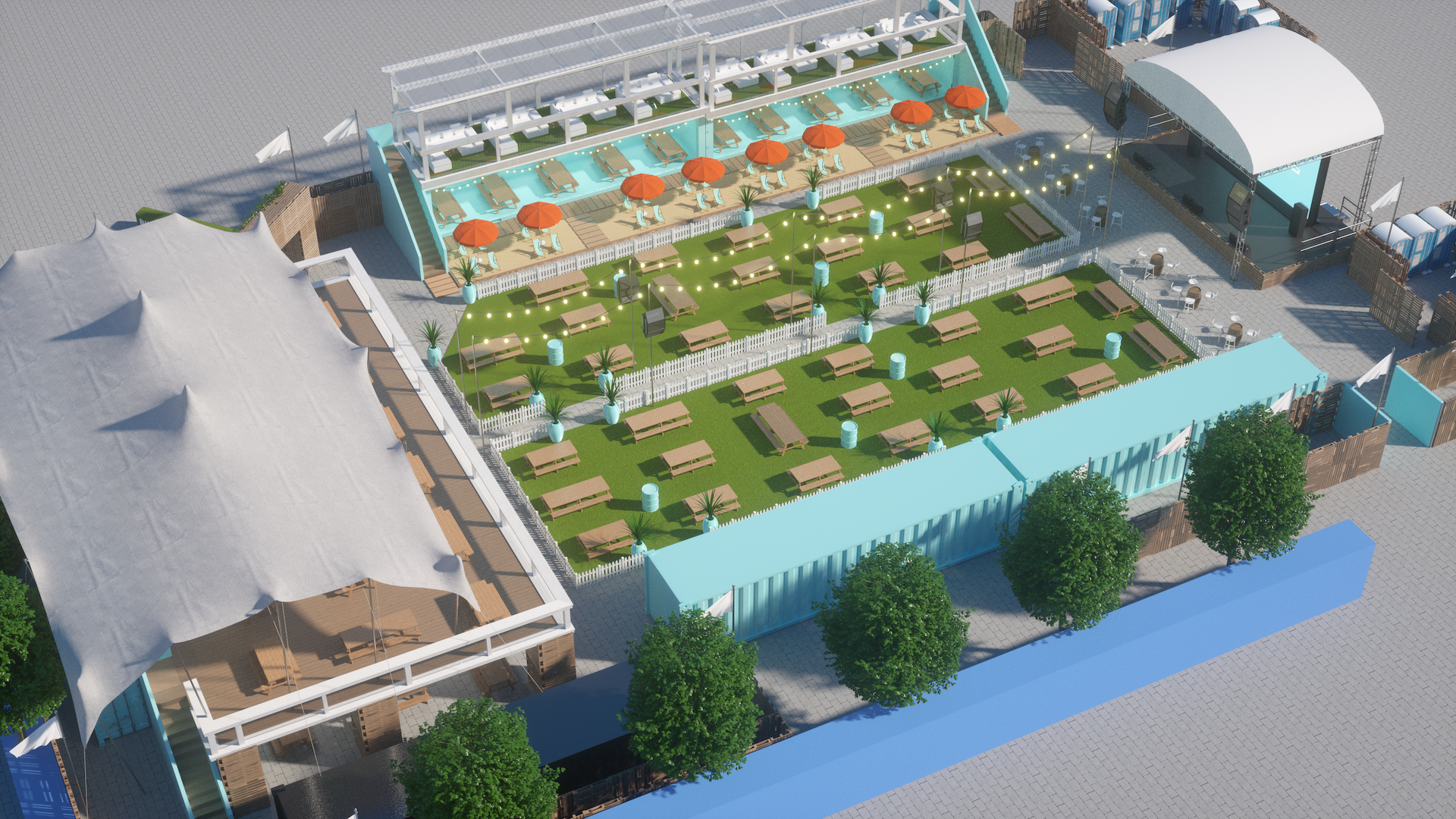 Central Park is returning to Times Square in Newcastle after a hugely successful first year.

Described as “even bigger and better than last year”, organisers have unveiled a number of exciting new additions to the popular pop-up venue ahead of its opening weekend in April.

The pop-up event space opened for the first time last summer offering the people of Newcastle and beyond a summer of outdoor drinking, street food, entertainment and some unforgettable sporting moments. Central Park is set to reopen for four months over the summer from April 14 until August 21.

Initially dubbed ‘a pop-up park in the heart of the city’, Central Park will return in 2022 as a new and improved multi-story outdoor entertainment venue and event space.

Open seven days a week from midday to midnight, the outdoor entertainment space will host a range of events and bring together some of the best street food in the region under an expanded covered area which can hold up to 800 people.

Co-organiser Mike Hesketh said: “Last year was an amazing experience creating a social space for every one to enjoy coming out of the pandemic and entering the phenomenal Euro 2020s, but this year we have stepped up the site and created some amazing multi-level, unique themed spaces for folk to enjoy all spring and summer long.”

Other new additions to the space include a new rooftop bar overlooking the main square, seven days a week food court and sports bar, an increased amount of outdoor heated spaces, a beach-style hangout with a VIP roof terrace, luxury toilet facilities and a brand new performance stage.

An expanded programme of events will be on show featuring last year’s favourites such as the Eurovision watch-along party, Kroud Karaoke and Let’s Play Darts.

All of the Summer’s major sporting events including the FA Cup Final, Wimbledon, Royal Ascot and more will also be shown on the venue’s huge LED screen, while local promoters 456 Live are set to programme a groundbreaking line up of live music for Central Park’s new central stage.

Co-organiser Gabriel Day adds: “We are so excited to have a full Times Square event space for all to visit.

“Last year, due to COVID-19 restrictions, the site was just 500 seated only capacity and now it’s up to 2000, so it’s going to be an even more vibrant, party destination this year.”

Full event details are expected to be announced in the coming weeks.