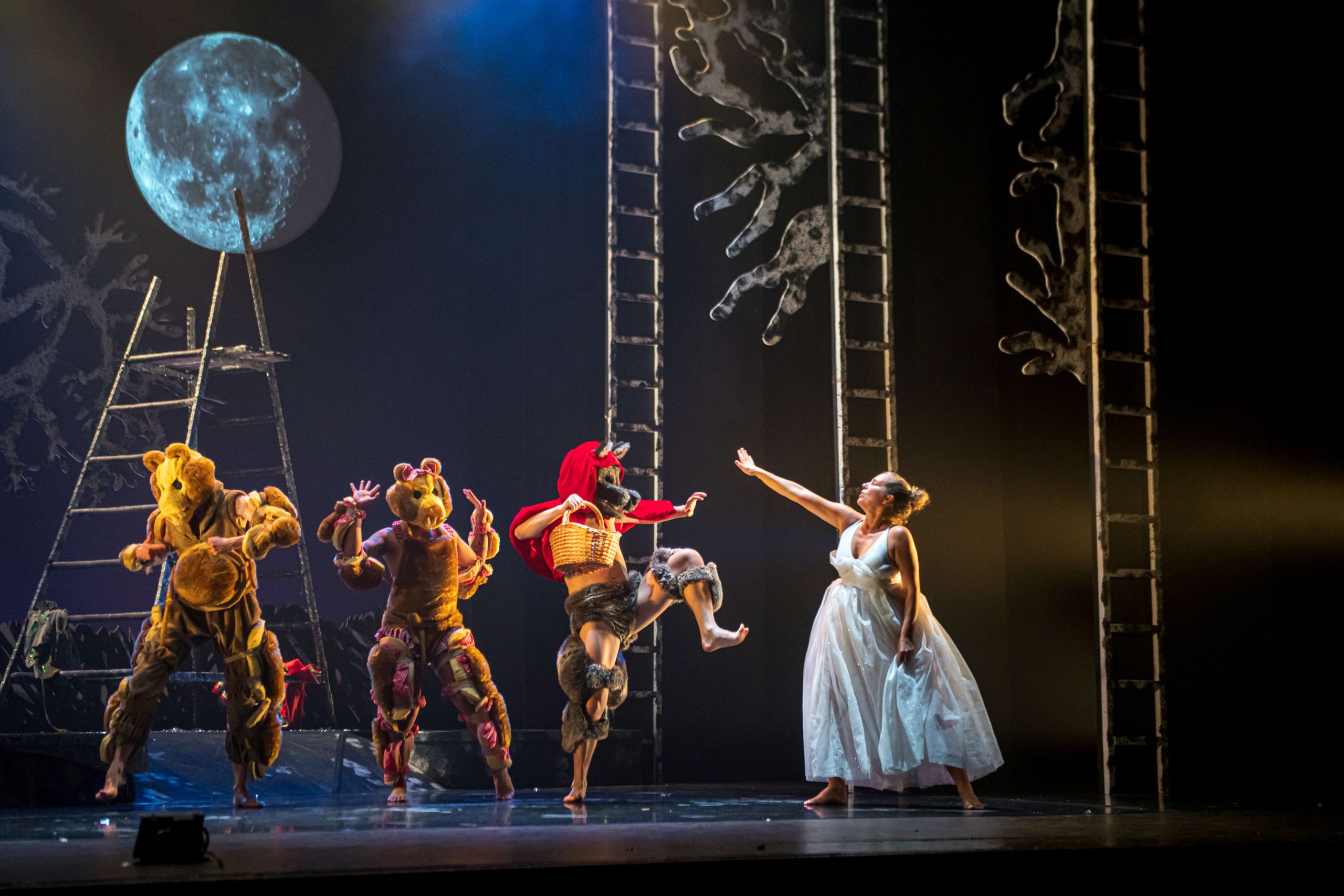 When a wicked witch steals all the familiar happy endings from children’s fairy tales, causing tears at bedtime all over the world, Jub uses her strength and creativity to rewrite some alternative happily ever afters in gold pen on the night sky.
And in this ‘new normal’, Hansel and Gretel escape from their own witch to open a vegan restaurant, Snow White doesn’t marry the prince, but goes to live with the seven dwarves to study forestry and long-nosed liar Pinocchio becomes the prime minister (cue raucous laughter from the audience).
Narrated by Joanna Lumley and based on a children’s book by former poet laureate Carol Ann Duffy, The Lost Happy Endings is a new piece of dance theatre from Newcastle-based Ballet Lorent.
Billed as a family friendly venture, the show still has plenty to offer to curious adults without children and is a feminist, gender-blind (dancer Gavin Coward plays a gorilla, a tree and Sleeping Beauty) and thoroughly 2022 retelling of some classic tales.
The cast is diverse in both age (Caroline Reece is 58 – the average age for a female ballet dancer to retire is 30-40) and background, with performers hailing from the four continents of Africa, Asia, Europe and Australia. Benedicta Valentina, who takes the lead role in The Lost Happy Endings, moved to Newcastle as a child refugee from Angola, and other cast members are from New Zealand, Taiwan, the Philippines, Italy and the UK.
With costumes by fashion designer Nasir Mazhar, who has dressed FKA Twigs, Madonna and Lady Gaga and a score by Murray Gold (Doctor Who/ Shameless/ Gentleman Jim/ Queer As Folk), the show delivers not only progressive ideas, heightened emotions and giggles, but also a visual and sonic feast.

“It is a tale of the importance of creative spirit, invention, and endeavour – certainly, something we all need as we adapt to new realities.”

Carol Ann Duffy, who collaborated with the company to rewrite her story for the stage, said: “Both as a poet and as a parent I’ve always loved revisiting and retelling our traditional myths and fairytales.

“As we have developed the story, we found we weren’t only dealing with the lost happy endings, but also the alternative middles.”

Ballet Lorent premiered The Lost Happy Endings at Newcastle’s Northern Stage in October 2019, but were only able to complete one date of their national tour in February 2020 before the pandemic hit and they were forced to cancel.

The Lost Happy Endings is commissioned by Sadler’s Wells and co-produced by Northern Stage.