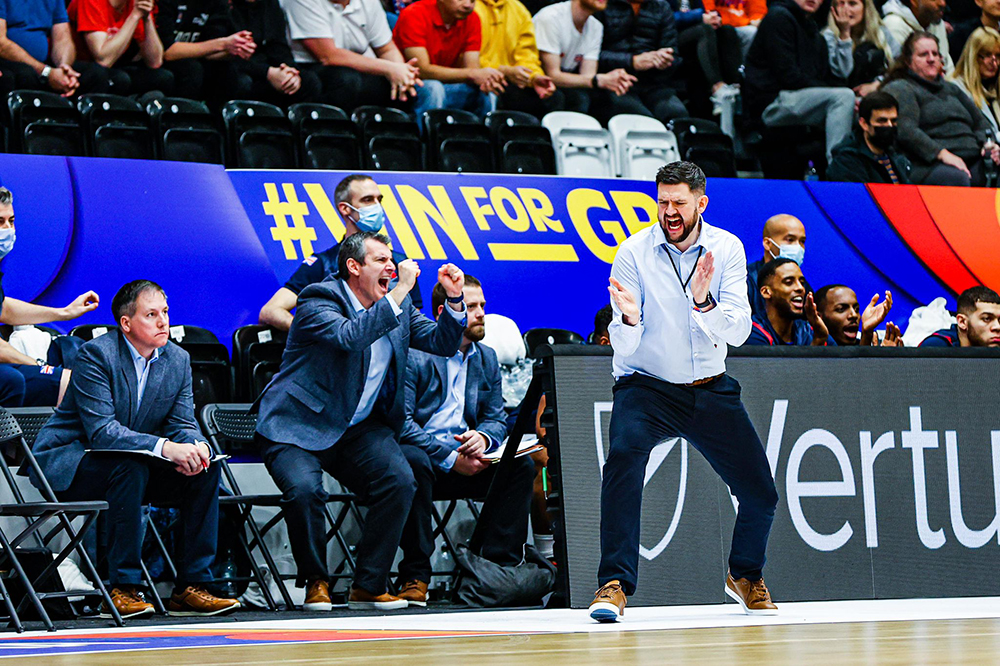 World Cup basketball returns to Tyneside next month, as the Vertu Motors Arena hosts Great Britain’s hotly anticipated clash with Turkey. And, as Simon Rushworth discovers, there’s never been a better time to get involved with a sport boasting a global audience in excess of 2.2 billion.

Every week almost 2000 children from across the North East flock to the home of Newcastle Eagles to shoot hoops, stay healthy and make new friends.

The Eagles Community Foundation has tripled its membership in the last three years and the state-of-the-art Vertu Motors Arena has become a thriving hub for basketball — one of the fastest growing sports in the world.

“The explosion in interest from people of all ages wanting to play the game in this country reflects the rapid growth of the sport across the board,” says Paul Blake, owner and managing director of Newcastle Eagles.

“Participation is surging, exciting commercial opportunities are opening up right, left and centre and, at the highest level, Great Britain’s senior men and women are setting new standards.

“Basketball’s equivalent to Twenty20 cricket — the 3×3 game — is taking centre stage at this summer’s Commonwealth Games in Birmingham, and that’s going to expose our sport to a whole new audience.

“Before then, the Vertu Motors Arena welcomes back the Great Britain men’s team on July 3, for what should be another full house. Those nights are very special, and we’ve already witnessed historic wins against Germany and Greece on Tyneside.”

Next month’s senior international will be extra special for everyone involved with the Eagles, following the much-heralded appointment of Marc Steutel [pictured, opposite] as the club’s new head coach. The adopted Geordie doubles up as Great Britain’s acting head coach and will lead his country into action for the first time since landing his dream role helming Newcastle’s top-flight men’s team.

“Every step of my coaching journey has involved significant touch points with the Eagles,” reveals Marc.

“That’s why I’m overjoyed to be the club’s new head coach. I will do everything in my power to give the city, the club and its supporters a basketball team they can be proud of.”

Basketball aside, the impressive Vertu Motors Arena has become established as one of the North East’s premier entertainment and hospitality venues since opening its doors in 2019.

Its prime position off Scotswood Road, with ample on-site parking, has attracted a range of eye-catching events, including big-time boxing, corporate away days and college graduations. And throughout 2020 and 2021, the venue’s versatile space was handed over to the NHS, with the arena used as a key vaccination centre at the height of the coronavirus pandemic.

“As an organisation we have always put ourselves at the heart of the local community,” adds Sam Blake, chief executive of the Eagles Community Foundation.

“The Vertu Motors Arena has enabled us to extend our reach and work with even more people from a wide range of backgrounds.”

As far as basketball is concerned, Paul is predicting exciting times ahead for a sport finally realising its rich potential.

He says: “Both the men’s and the women’s games are thriving.

“We beat our previous record for sold-out men’s fixtures last season and hosted a record crowd for a women’s basketball match when we staged The Big One earlier this year. There have never been so many new opportunities for existing and future sponsors and partners to jump on board with basketball at every level.

“Newcastle Eagles is already established as the most successful BBL franchise in the country, and with Marc joining the team we’re in great shape to benefit from the sport’s growth and to build on that legacy.”

To find out more about commercial and sponsorship opportunities with Newcastle Eagles, or to enquire about staging an event at the Vertu Motors Arena, contact Dan Black, sales and communications manager, on 0191 245 3880.

Tickets for Great Britain’s World Cup qualifier against Turkey on July 3 are available via newcastle-eagles.com/gb