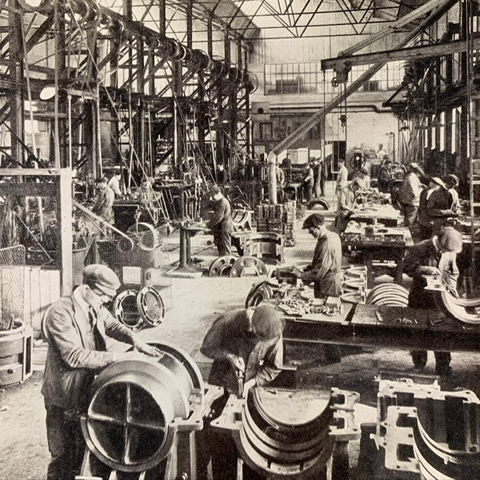 A North East bearing manufacturer is celebrating a special milestone as this year marks its centenary.

Michell Bearings was founded in 1920 by owners A.G.M Michell and Henry Thornton Newbigin as well as major shipbuilders in the North East such as Cammell Laird & Co., Vickers, John Brown & Co. and Fairfield Shipbuilding and Engineering Co.

Headquartered in South Shields, the company now employs 182 people across the UK and India.

In 1905, prior to the incorporation of Michell Bearings, founder A.G.M Michell registered patents in the UK and Australia for his tilting pad bearing invention – a concept which is widely used around the world today.

The tilting pad thrust block was used extensively during the First World War, replacing an older, less reliable bearing and saving the Royal Navy an estimated £800,000 in coal and oil, equivalent to £82 million today.

“The fact that the business has reached this significant milestone is a tribute to everyone, past and present, who has dedicated themselves to the success of the company.

“The hard work of our employees is greatly appreciated, and our efforts today are crucial to ensuring that Michell Bearings prospers in the region for generations to come.

“There’s no doubt it’s an unusual time to celebrate this centenary, and of course we are disappointed that we can’t have a bigger celebration.

“But it’s important that we come together in some way mark this special occasion.”

Currently employing 59 members of staff, the facility plays a vital role within the business’ industrial market replicating the manufacturing methods, CNC capability and cutting tool technology used in the UK.

Michell Bearings is also now part of the British Engines Group and moved to its current site in South Shields in 2015.