The stylish ceremony was hosted by Anna Foster of BBC Newcastle and held at the Boiler Shop at Stephenson Quarter – a new venue, previously home to the Boiler Shop Steamer, that is undeniably one of the most exciting and unique event spaces in Newcastle . 450 retailer staff from throughout the centre attended the ceremony with tickets for the event selling out in just three days.

The ceremony saw retailers from over 130 stores compete for 11 awards for retailer excellence, including the hotly contended accolade of Customer Service Star of The Year. Also up for grabs were the menswear and womenswear store of the year, small, large, specialist and newcomer of the year as well as top food and drink outlet – an award that will be even more highly prized next year, with the opening of intu Eldon Square’s exciting new dining quarter.

The responsibility of judging the entrants fell to the general public who voted online in their thousands in the months preceding the ceremony. Shoppers were encouraged to nominate their favourite stores in a range of categories, as well as highlight excellence in customer service.

“It’s extremely important for us to identify, recognise and celebrate the outstanding contributions our retailers make to intu Eldon Square , and to thank them for the superlative customer service they provide throughout the year. We’ve had a fabulous evening – the Boiler Shop at Stephenson Quarter has been a spectacular venue creating a stylish, contemporary vibe which our retailers have thoroughly enjoyed!”

“It’s absolutely amazing to win both of these awards in one scoop! To do this for both brands is great for our staff and great for the store! The team have worked extremely hard all year and it’s really gratifying to get this recognition which makes us feel the best on the high street!”

Office was named as Footwear and Accessories Store of the Year.

“We were delighted to take the prize this year, after being a runner up last year, and this award really reflects all of the hard work put in by our staff. We’re looking forward to next year and we’re ready for the challenge!”

The award for Large Store of the Year went to John Lewis.

“This has been a fabulous night, and it’s very rewarding to receive the accolade of Large Store of the Year. We’ve won this award in the face of tough competition, and this shows how strong the John Lewis brand is within intu Eldon Square .”

Staff at boutique.Goldsmiths were delighted to be presented with the award for Customer Service Star of The Year, as well as awards for Jewellery Store of the Year and Newcomer of the Year.

“We are so amazed and proud to not have won just one award, but three awards in our first year at intu Eldon Square . It’s incredible to receive this kind of recognition from our customers. We’d also like to thank intu for putting together a fantastic event. It was truly amazing!”

“The Retailer Awards are now an eagerly anticipated highlight of our calendar – it gives staff the opportunity to receive both positive and constructive feedback from shoppers and to get together on a social level with other retailers. The awards are always hotly contended, however the event is extremely unifying as it recognises and celebrates the hard work and dedication of staff throughout the centre. There was a real buzz during the ceremony and, thanks to the striking venue, the party atmosphere continued until late in the evening. We’re looking forward to the Retailer Awards next year – with so many new retailers joining intu Eldon Square over the next few months, the competition will be greater than ever.” 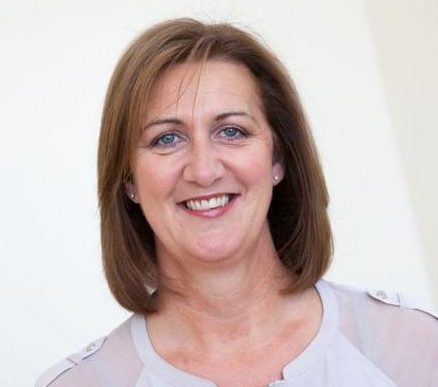