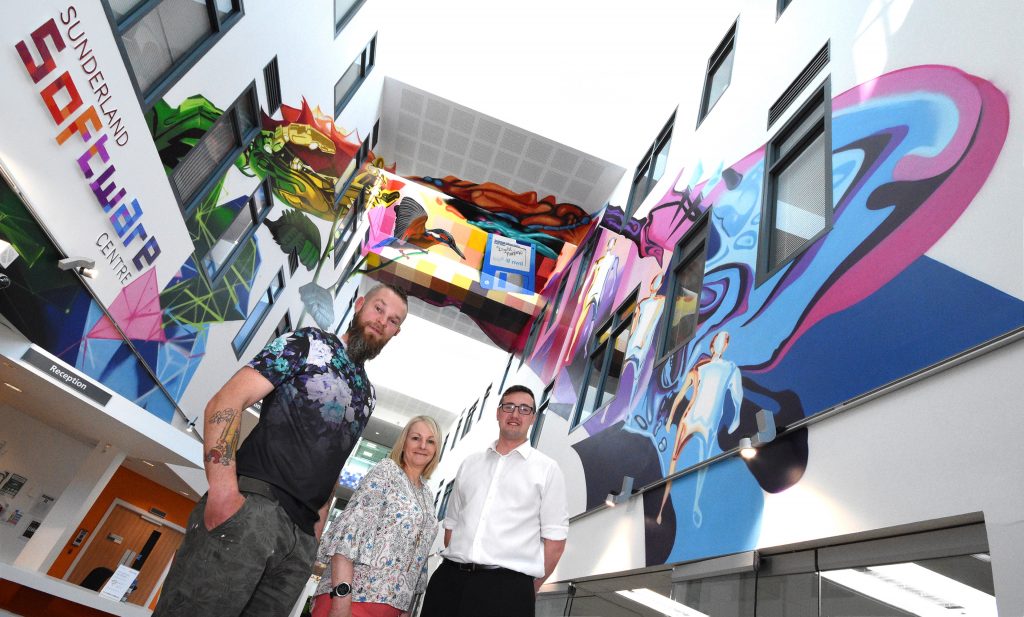 A North East hub for high-tech businesses has been given a fresh look.

Frank has painted a giant mural across the walls and ceiling of the atrium at the centre, which opened its doors in 2013 and includes games development companies, web developers and video production specialists as tenants.

The artwork, which Frank dubs an “anamorphic digital rainbow”, highlights the city’s evolution from a shipbuilding and glassmaking powerhouse to an emerging digital hub, with a bird, giant floppy disk and humanoid figures used to depict the story.

“I wanted this mural to reflect how we have moved from the natural world to the digital age,” said Frank.

“The rose is a symbol of balance. Held by a robot hand, it suggests a balance between man and machine.  The bird symbolises freedom; they can walk on the earth and swim in water as humans do, but they also have the ability to soar into the sky.

“Through digital media, we have the freedom to travel anywhere in the world through the many lifetimes of knowledge at our finger tips.

“As the rainbow advances, a floppy disk floats in front of a pixelated orange cloud.  This reminds us how far digital technology has come.  Sitting in front of an abstracted cloud, it is there to signify the online cloud we use every day.

“The humanoid figures are referenced from an artwork called Entity III, by Dr Joanne Mitchell, who invented a technique in Sunderland that uses computer numerical control high pressure water jets to cut glass.”

Frank has also painted a second, smaller mural dubbed DNA Connections, which is adjacent to the centre’s reception.

He added: “It has been great seeing the centre’s tenants’ and visitors’ reaction.”

Councillor Michael Mordey, deputy leader of Sunderland City Council, said: “Over the past six years, the Software Centre has played a pivotal role in establishing Sunderland as a tech hotspot and the mural produced by Frank is a fantastic reflection of the city’s digital transformation.

“Frank has managed to create a piece of art that perfectly complements the space we have in the centre, creating a show-stopping welcome that will inspire people who visit.” 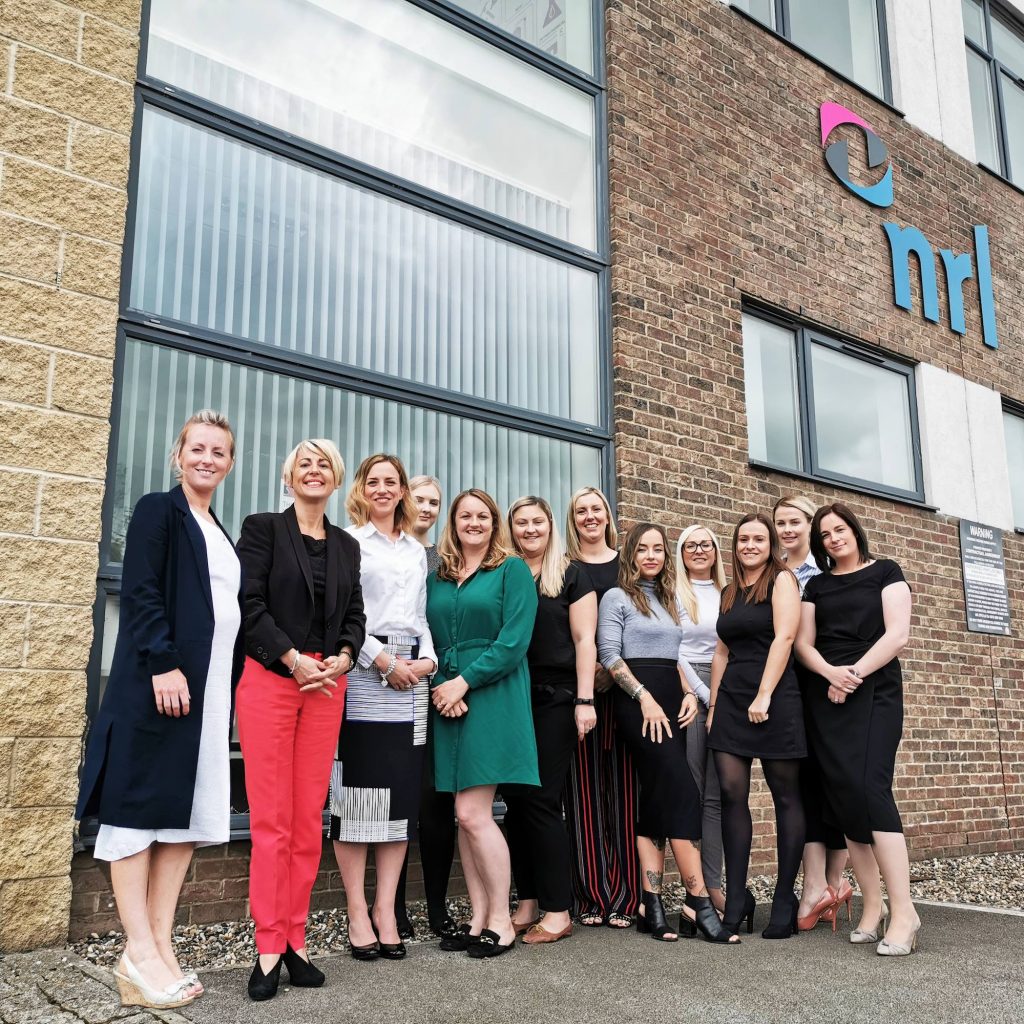