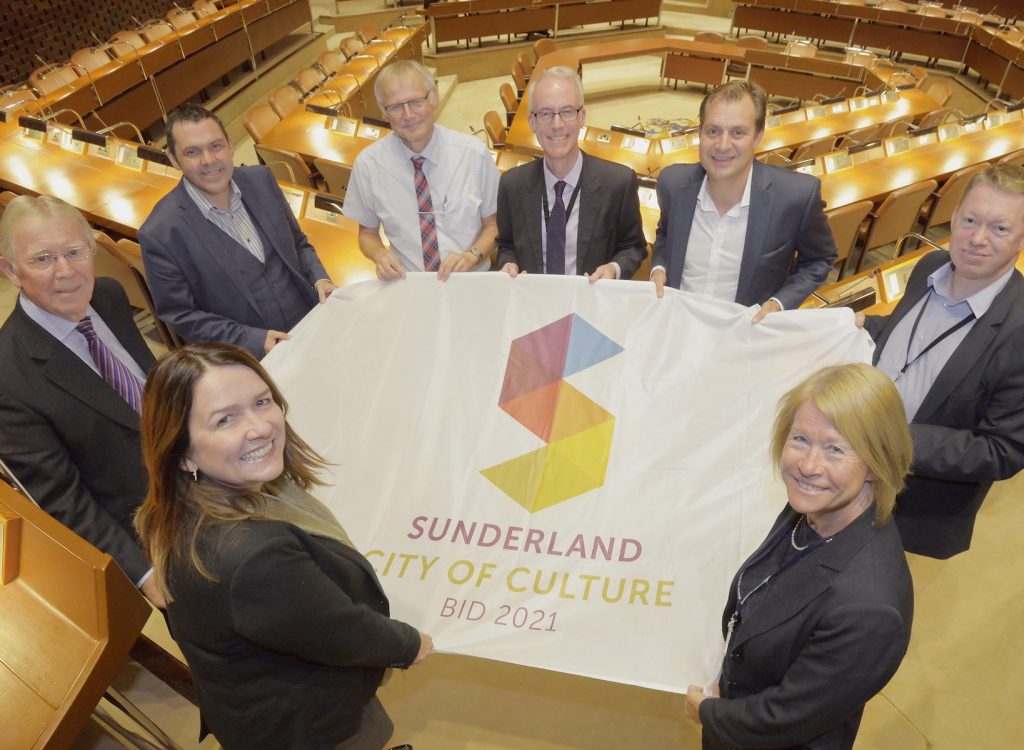 Business leaders back the bid

Members of the city’s Economic Leadership Board have met and wrapped themselves in the bid colours.

The flag is one of 15 that have been made in Sunderland to help show support for the 2021 bid.

Among the flyers are Liebherr Sunderland Works Ltd who manufacture cranes at their base in Deptford and the North East Business and Innovation based at the Wearfield Enterprise Park.

Paul McEldon, Chief Executive of the North-East Business and Innovation Centre (NE-BIC), said: “The arts, culture and tourism are major industries and here in Sunderland we’re no exception. The City of Culture Bid is helping to raise our profile and the BIC is pleased to be flying the flag and showing its support.”

Last week a Culture Bid flag was raised at the Civic Centre as the city entered the bid’s final round of five contenders alongside Coventry, Swansea, Stoke-on-Trent and Paisley.

The flags now flying with public and private sector partners were made in Sunderland by the city’s oldest manufacturers Speedings Ltd, of Leechmere. They are 2.25m (7.3ft) long by 1.1m (3.6ft) and are in the bid’s distinctive S-shaped rainbow of colours on a white background.

Rob Hammel, Speedings Director, said: “As a company and the oldest manufacturer in Sunderland we’re very happy to support the bid. We all very much hope that Sunderland can win and we all wish it well.

“The culture flags are a special polyester weave that has to be both tough, to survive the weather, and also light enough so that they will fly.

“Flags were always needed by the shipbuilders here in Sunderland and that’s part of the background to why the company is here with its background of supplying maritime materials. We manufacture hundreds of flags every year and I’m sure many people will be pleased to hear that our bid flag is also Made in Sunderland.”

Speedings have been making flags since the 1820s and also manufacture flags for city names such as Sunderland AFC and Nissan, who are also culture bid backers.

Deputy Leader of Sunderland City Council, Councillor Harry Trueman said: “Studies have shown and are continuing to show how the current City of Culture Hull is benefiting with boosts to its national and international profile and, of course, its economy.

“We’ve got a strong bid here in Sunderland and are definitely a strong contender. The arts and culture are a big part of modern-day city economies, including ours. Our profile is already up and boosted with the bid and could go further yet.”

Sunderland’s final second stage bid was officially lodged with the Government at the end of last week. 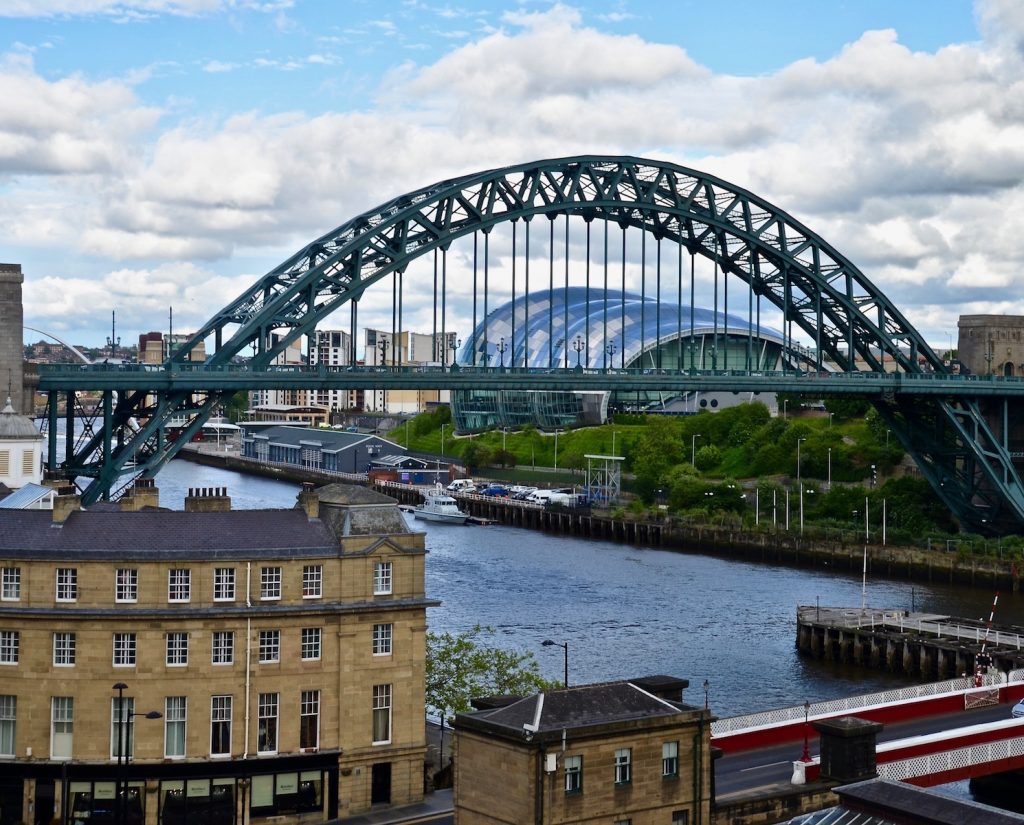 Consultation begins on the next stage of Newcastle’s Local Plan