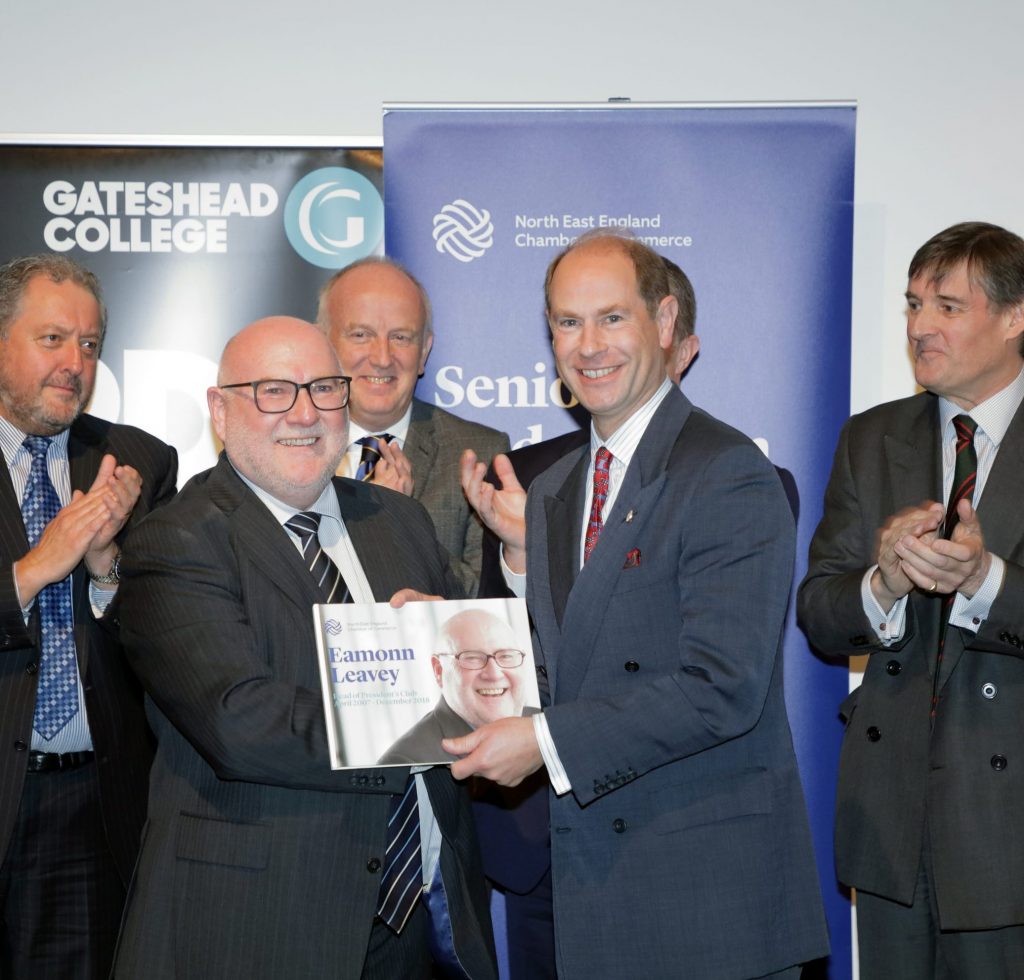 Over 200 North East business leaders heard HRH Prince Edward the Earl of Wessex speak with passion about the benefits of the Duke of Edinburgh’s Award Programme for both young people and employers.

Prince Edward was guest speaker at North East England Chamber of Commerce’s President Club lunch at the Baltic, Gateshead.  He said: “The Duke of Edinburgh’s Award shows how non-formal achievements are just as important as academic ones.  When young people achieve one of these awards it enables companies to see who that individual really is. I encourage all North East businesses to engage with young people who do the awards.”

Ruth Collins, NE operations manager, Duke of Edinburgh Awards said: “We really need more of our region’s employers to become involved with our awards.  I would urge them to see an award as a kite mark of quality.  Young people who achieve one of our awards have shown they can work as a team and they can devise their own programme of work and have the ability to improve.  We also have opportunities for businesses to get involved as volunteers and use us as part of their CSR programmes.”

Chamber President, John McCabe also reiterated the benefits of using the Duke of Edinburgh’s Award scheme to encourage young people to move out of their comfort zone, improve their confidence and resilience.

John McCabe then used his speech to also criticise the Government for the lack of progress on Brexit and said no deal was not acceptable for the business community.

The Prince also met the Silver Singers Gateshead, a group for people over the age of 50 and saw a rehearsal with pupils from In Harmony Newcastle Gateshead a music-making programme delivered by Sage Gateshead at Hawthorn Primary School and Bridgewater School in Newcastle. It aims to inspire and transform the lives of children in deprived communities using the power and disciplines of group music-making. School children have the opportunity to learn an orchestral instrument, play as part of a group or orchestra and have regular performance opportunities.

The lunch was sponsored by Gateshead College and the President’s Club is supported by Brewin Dolphin.

Any business wanting to know more about the Duke of Edinburgh’s Awards can email ruth.collins@dofe.org.

Business is Rosy for Artist Alex