Hosted by resident tour star Lee Westwood, and supported by the might of Sky Sports, the British Masters will come to the North East next autumn and will see the European Tour’s biggest and brightest stars descend upon Close House to compete for the 2017 title.

“I’m delighted to announce that I will be taking over as host of the British Masters next year. I’m well connected with Close House, and I’m sure it will be a fantastic test of golf for the players coming up to the North East,” said Westwood.

“I was at the golf course the other day and you could probably hold the tournament there now. It’s always in fantastic condition, so I’m sure the players will enjoy it,” continued Westwood.

Founded in 1946, the British Masters has brought together tour stars from across the world to vie for the trophy, with past winners including gold Olympic medallist Justin Rose, past world number one Nick Faldo, and the host himself, international tour star Lee Westwood.

What was once a part of Newcastle University, Close House and the affiliated golf course was revived in 2004 after local entrepreneur Graham Wylie invested in the future of his much loved home town.

From there, Wylie and his team have created one of the most stunning golf venues in the UK. World-renowned for its excellent courses and state-of-the-art facilities; Close House has already gained a reputation as a must-visit for golfers from across the globe and the whole world will be watching as the stars take to the north-eastern fairways next year.

“We are very excited to have the British Masters next year. The North East loves its sport, but we don’t get that many events so when we do, people support them in tremendous fashion,” commented Graham Wylie, owner of Close House.

“To have the British Masters next year will be fantastic not just for Close House, but for the whole region. We are grateful that Sky Sports are supporting the event and Lee Westwood is a great ambassador for the sport and he is our Close House Tour Professional, so we are delighted he has chosen Close House to host the British Masters and we will put on a great event for him,” continued Wylie. 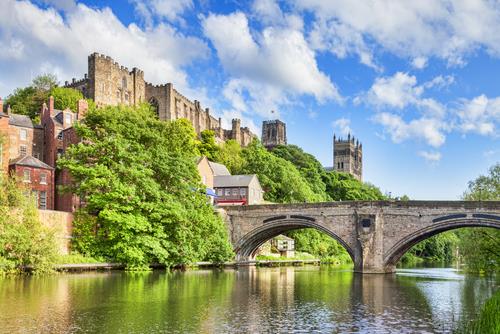