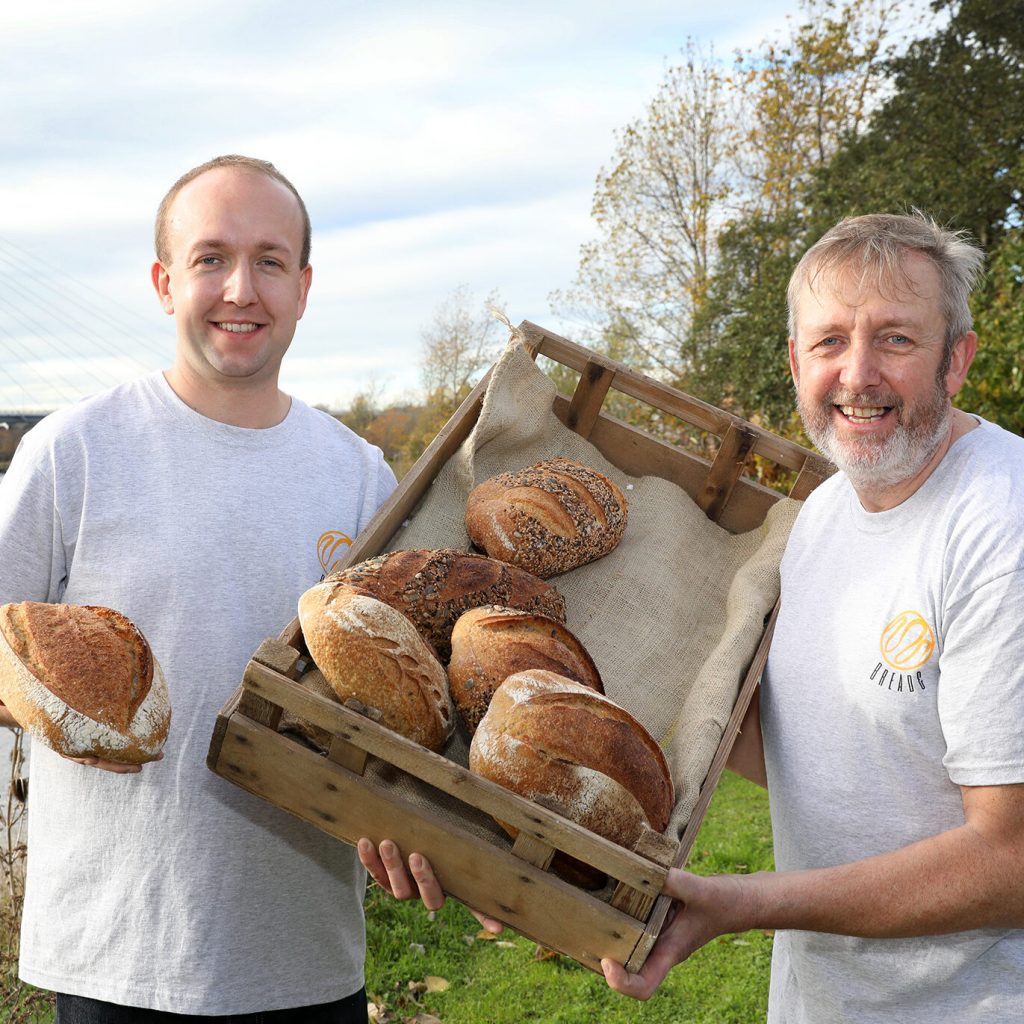 Father and son bakers rise to a new challenge

A new small batch bakery that already supplies bread to some of the region’s best-loved restaurants and cafes has started selling directly to the public since opening its doors in Sunderland.

Bread& began baking its popular sourdoughs and sweet treats at its new riverside premises at the North East Business and Innovation Centre (BIC) just a few weeks ago since moving from a home-based kitchen. Now, the business has launched a click and collect service via its new website so customers don’t have to miss their artisan bread fix during lockdown.

Run by Castle Eden family Steve Welch and son Rory together with their wives Jen and Helen, Bread& already provides loaves, handmade cakes and pastries to well-respected eateries including Träkol and Backyard Bike Shop at the By the River Brewing Co container village in Gateshead, as well as the Bridge Tavern in Newcastle and The Urban Kitchen in Sunderland.

The bakery’s move to a unit at the BIC and investment in new equipment means the business can increase its capacity and explore new opportunities to sell directly to the public as well as to other venues.

Bread& was born from Steve and Rory’s experience as professional chefs. Steve has headed kitchens for the likes of Wynyard Hall, Sunderland AFC and Newcastle Falcons and it was while working as executive chef for Newcastle United that he discovered a passion for baking.

There he set up a small-scale bakery so the club could bake its own bread rather than buy it in and after its success he continued to develop his skills as a baker – attending courses, experimenting with recipes and eventually setting up an oven in an outbuilding at home.

Son Rory, a winner of North East Chef of the Year and head chef at critically-acclaimed Träkol, introduced the bread to the restaurant menu where it quickly earned its own fan base. Word soon spread to other chefs who began making orders too.

Steve said: “There’s been an explosion in interest in artisan bread in recent years because people now care more about where their food comes from. They appreciate the effort that goes into making each loaf. As a small batch bakery our whole ethos is different to that of big commercial bakers who want to make bread as big as possible and as cheaply as possible.

“We know exactly what we are putting in – we don’t use any conditioners, proving agents and artificial flavours or preservatives. Some loaves take 48 hours to prove and that time and attention is what makes them taste so good! Baking is like chemistry and I love experimenting with flours, flavours and recipes.”

The father and son team have quickly become popular with neighbours at the BIC site, with orders coming in from nearby businesses and new recipes being tested daily.

Rory said: “There’s a ready-made community here and that’s been really nice for us as we get set up. We are excited about becoming a part of daily life on the business park and have lots of seasonal ideas we’d like to try.

“We couldn’t believe our luck when we found this unit at the BIC. The location is perfect, overlooking the river and the Northern Spire Bridge. Being previously used as a lab, it was already fitted with air conditioning, extraction units, sinks, lighting and other facilities that meant we just had to plug in our fridge and oven and we were good to go.

“The fact that it was a lab and we see our bread making as a science, wasn’t lost on us!!  We do affectionately refer to it as the Bread Lab. A big thank you to JK Property Consultants who helped us to find this fantastic location and to the amazing staff at the BIC who helped to get us settled and up and running as quickly as possible.

“This is obviously a tricky time to be launching a food business that supplies the hospitality sector so the launch of our website means customers can now also buy from us directly and can enjoy some real comfort food from home.”

Donna Surtees, Centre Manager at the North East BIC, said: “Bread& have been an exciting addition to the BIC family and our ever-evolving site of skilled local businesses. It is fitting that their new unit is a former science lab as there is such a science to baking and we all look forward to sampling their experiments!”

To order from Bread& visit breadand.co.uk 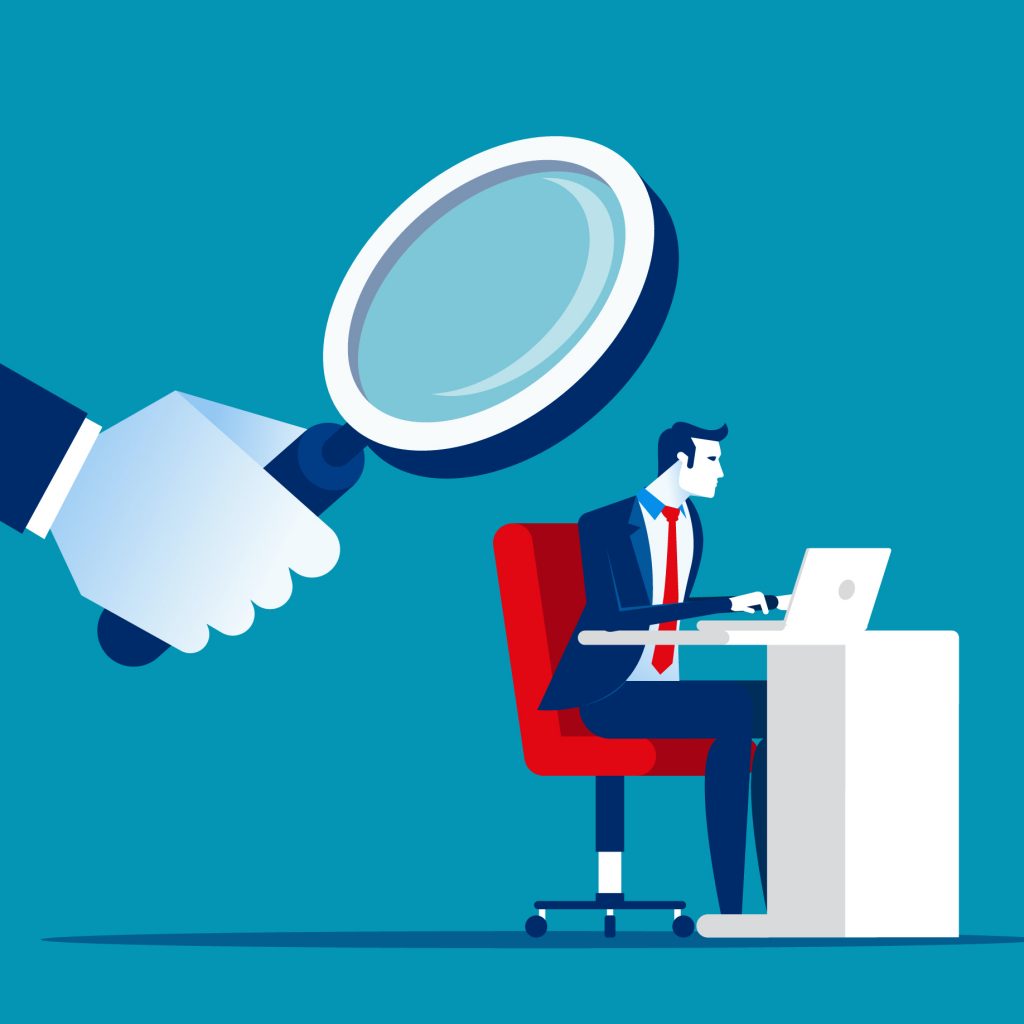 UK unemployment crisis intensifies as 314,000 made redundant in Q3