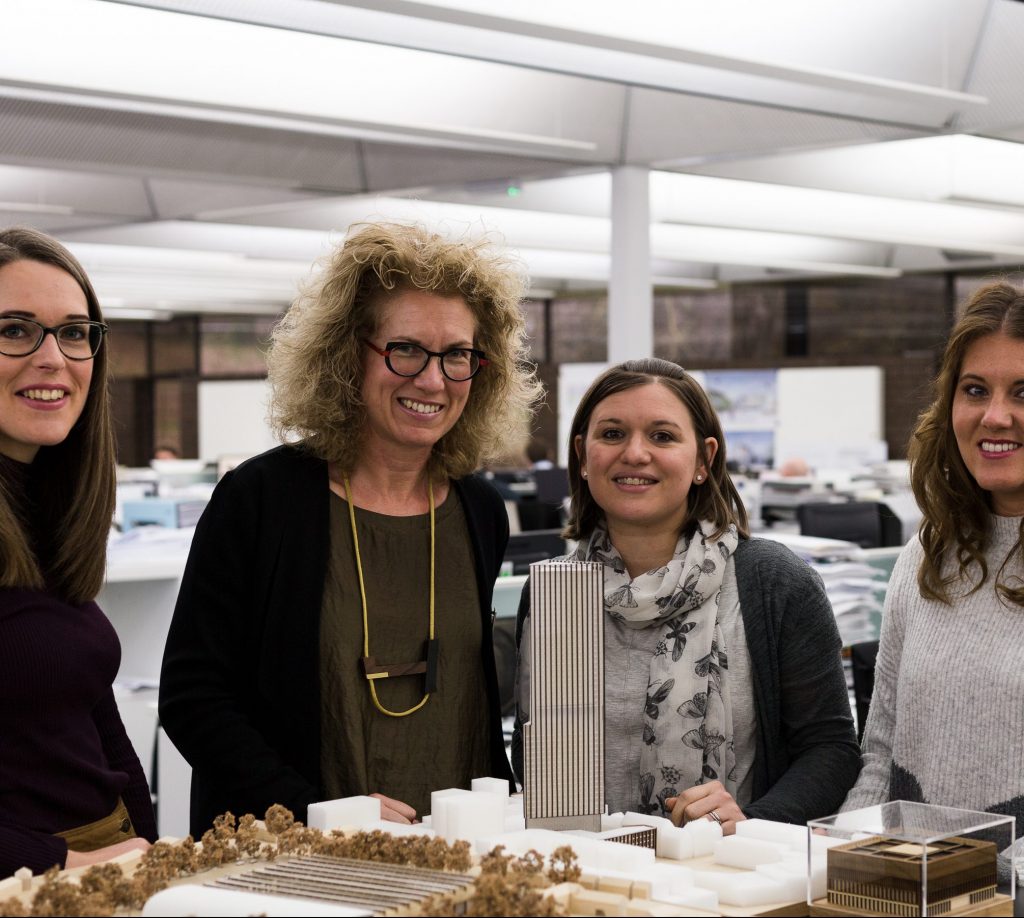 Three colleagues from FaulknerBrowns Architects completed a clean sweep of the European Women in Construction and Engineering (WICE) Awards 2018.

Tania Love, Senior Associate at FaulknerBrowns, said: “I’m super-proud of my win! It’s a phenomenal accolade. A huge thank you to all those who have educated, supported and mentored me along the way. I have been breaking down barriers and building new heights for 26 years in this industry.

“It’s a privilege as an architect being able to affect change in the built environment, creating buildings and places for the diverse communities we live in. However, our projects will be all the more rewarding, relevant and successful when the project teams more closely reflect the diversity of the communities we serve.”

Nathalie Baxter, Architect at FaulknerBrowns said: “Wow, what an amazing night! I’m honoured to have received this award and thankful to have been given the opportunity to participate in the process. I hope in time, that female practitioners will not be publicised or identified as ‘Female Architects’ but as ‘Architects’ in their own right, and I hope my success, along with that of my colleagues, will go some way towards changing that representation.

“I will use the award, along with my role as chair of the Young Architectural Practitioners Forum (YAPF) to promote equality and diversity in the industry going forward, whilst continuing to work in mixed teams to produce great architecture!”

Claire Harlow, Architectural Technologist at FaulknerBrowns said: “Winning the award for Best Woman Architectural Technologist is fantastic, I can hardly believe it!  At the judging day and awards dinner, I have met so many powerful women who have inspired me beyond words to achieve bigger and better things. I have learnt that there are so many opportunities in the world that are there to be taken! I am going to use this award to demonstrate to those with a career in construction— or considering one—that they can succeed no matter what, just as I have.”