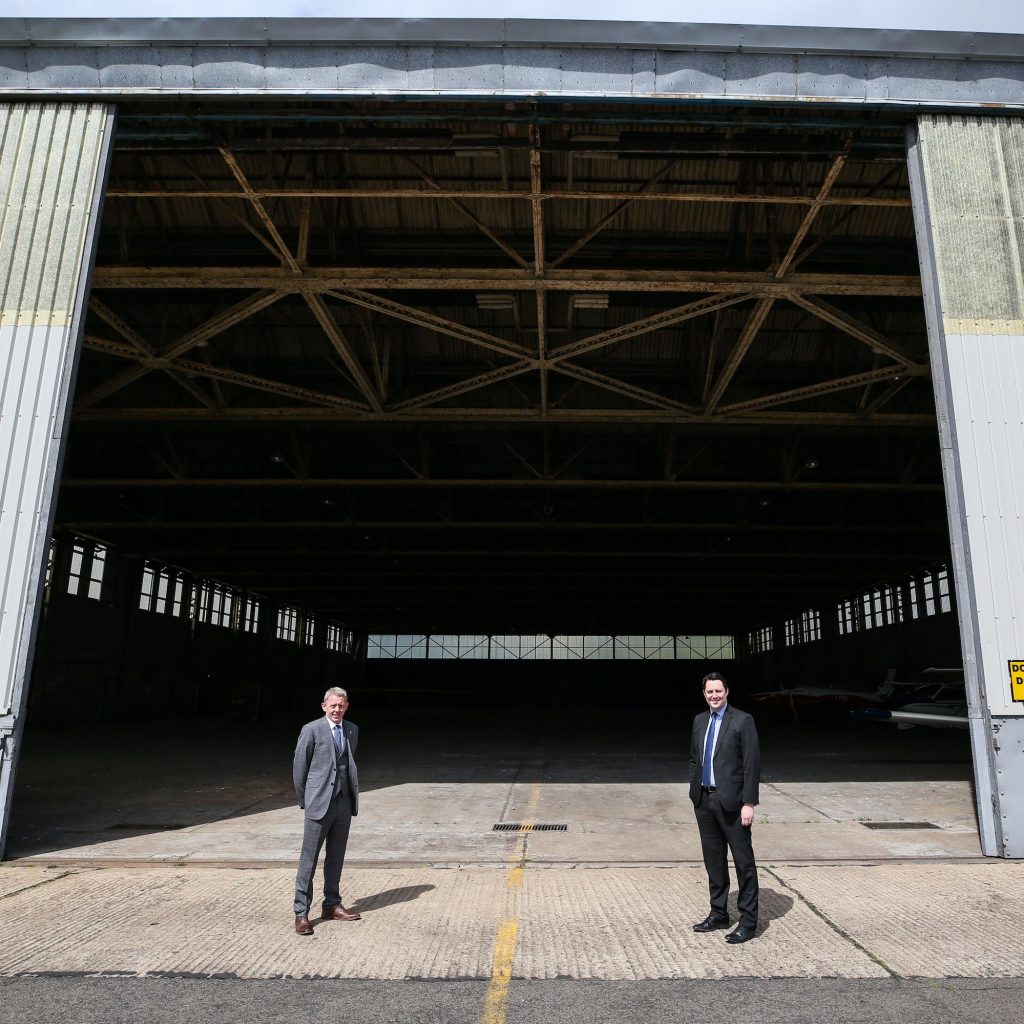 Global aviation company, Willis Asset Management Ltd, has chosen Teesside Airport as the location for its European aircraft maintenance base.

It is thought that Teesside fought off competition from a number of possible locations across Europe to attract the Florida-headquartered firm, which is a wholly-owned subsidiary of Willis Lease Finance Corporation.

The American company has agreed to lease Hangar 1 and Hangar 1A at Teesside, allowing it to house aircraft and parts while carrying out maintenance, storage and disassembly of a wide variety of commercial aircraft types.

Phase 1 of the development could see the creation of around 20 high-skill engineering and management jobs.

The deal includes further opportunity for expansion in Phase 2, and indeed Tees Valley Mayor Ben Houchen hopes that it will bring many more jobs to the area.

He said: “This is a fantastic coup for our airport, with Willis choosing Teesside ahead of other locations across Europe thanks to all of the benefits we currently offer, and our future plans.

“Now we’ve secured the investment of a global aviation firm to help us deliver on our ambitions for the airport.

“Alongside the new state-of-the-art logistics and manufacturing park on the airport’s Southside, this development will act as a catalyst for even more success and shows we’re getting noticed by leading businesses on an international scale.

“When I bought the airport and saved it from closure, people said what I wanted to achieve couldn’t be done. Well, we are doing it and, even in these most difficult of times we are attracting investment and jobs to this vital piece of infrastructure for our region.”

Garry Failler, senior vice president and chief technical officer at Willis Lease Finance Corporation, said: “We’ve been very impressed with how quickly things have progressed at Teesside International Airport and their forward-thinking, as well as their drive to attract business from outside of the region.

“We see significant potential in the market segment at Teesside and we are excited to start working with the airport and its partners going forward.”

Local politicians have also welcomed the news, adding that it demonstrates the region’s ability to attract major investment from other parts of the world.

Darlington MP, Peter Gibson, added: “This is more fantastic news for Teesside Airport. The fact that a global aviation firm like Willis has chosen Teesside out of anywhere in Europe for their new base shows the true potential of the airport and our region.

“Willis maintains and repairs some of the biggest commercial aircrafts in the world and they will be doing it right here on the edge of Darlington.

“Ben Houchen has done an incredible job saving Teesside Airport from closure and getting it on the path to return to its former glory.”

Paul Howell, the MP for Sedgefield, added: “This is another excellent bit of news for Teesside Airport.

“A huge American firm like Willis choosing Teesside shows how far we have come as a region and the potential we have when we all work together to get the very best for the North-East.

“We may be in unusual times, but the future looks bright for Teesside Airport.”