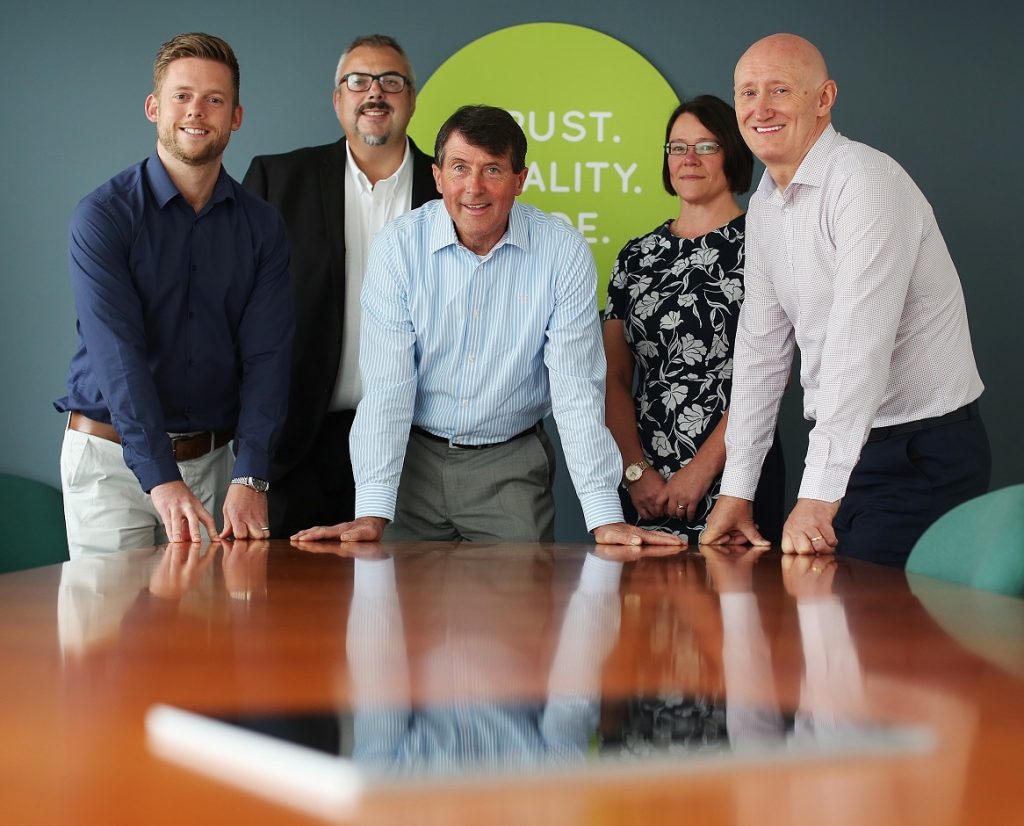 A North East based construction firm, which is celebrating its 20th year in business, has announced the formation of a new board of directors following the retirement of one of its founder members

Howard Russell Construction, which employs 33 staff from its office at Apex Business Village in Cramlington, was established in 1997 by David Varty and Joe Prouse, with Ian Goss joining them in 2003 as Commercial Director.

After 20 years at the helm of operations, Joe Prouse has announced his retirement and David Varty will take on the role of managing director following a share repurchase in March of this Year.

The firm has promoted a number of its staff and formed a new board which includes Ian Goss as chairman, Craig Muldoon as technical and sales director, Barry Wilkinson as contracts director and Andrea Styles as company secretary.

Over the past five years Howard Russell has steadily built its turnover following the worst effects of the recession. The firm is targeting a turnover of £26m for the current financial year after securing a number of major contracts outside of the region.

Managing director David Varty is now focused on ensuring that the firm has the solid foundations needed to continue its growth.

David Varty commented: “Last month we celebrated our 20th anniversary, which was a fantastic moment for the whole firm and with Joe’s retirement this really is an important year for us. We have worked very hard to secure work in the Midlands and South of England and we are now beginning to see the benefits with this year set to be our best yet.”

The firm is currently undertaking over £23m worth of new build projects across the country following its latest contract win, a £5.1m development of nine industrial units in Enfield for Chancerygate.

It has recently completed a 50,000sqft bespoke manufacturing facility for tool manufacturer, Guhring Ltd, and the development of 75,000sqft of industrial accommodation near Heathrow, also on behalf of Chancerygate.

Ian Goss added: “Joe and David built the business on a shared ethos of trust, quality and pride, which has undoubtedly helped us to get to where we are today. With a strong new board of directors and a great team, we are optimistic for the future of the business.”

Closer to home in Teesside, the firm is developing a new £5.5m industrial property for international engineering and heavy lifting specialists, Mammoet on behalf of UK Land Estates.

Lord Crewe Arms at Blanchland named 'Inn of the Year'