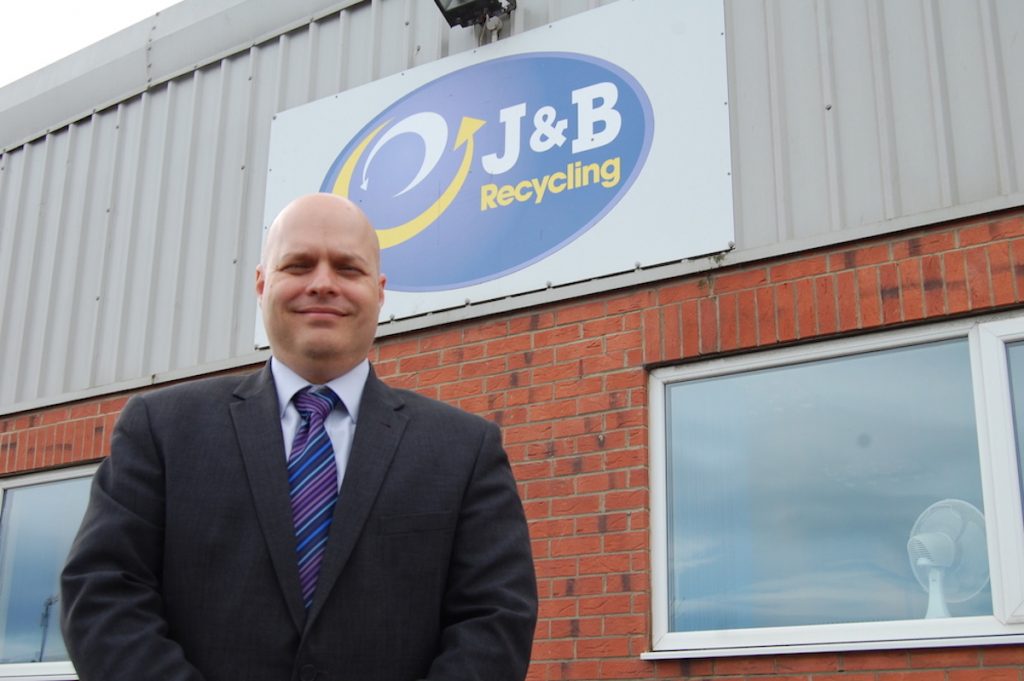 An independent recycling firm has expanded after opening its fourth site in the region.

J&B Recycling is operating a new centre in Washington.

Bosses say the plant, based at Monument Park, on Pattinson Industrial Estate, has created two new jobs, with its services including support for Sunderland City Council’s kerbside recycling.

The company, headquartered in Hartlepool, is known for processing commingled recyclables that create commodities for reprocessing and recycling into new products, and commercial manager Mark Penny (pictured) said the Wearside base will only strengthen its output.

He said: “The site holds the potential to act as a delivery point for other recycling contracts.

“It can open up the expansion of recycling collections from other kerbside contracts and nearby businesses in Tyne and Wear, making them more efficient, saving on fuel and miles per tonne for the collection of recyclables.”

J&B Recycling, which in 2018/2019 collected more than 160,000 tonnes of commingled, commercial dry mixed recycling and industrial and construction waste, runs two further sites in Hartlepool alongside a base in Middlesbrough.

“We have really been focusing on upgrading our plants to improve our efficiency to be able to produce more, while maintaining the quality of our outputs,” added Mark.

“Washington means we now have 20 acres of developed facilities across the North East.”

Led by chief executive Vikki Jackson-Smith, J&B Recycling employs more than 200 staff and recently reported 40 per cent growth, which came on top of 100 per cent growth in the previous year.