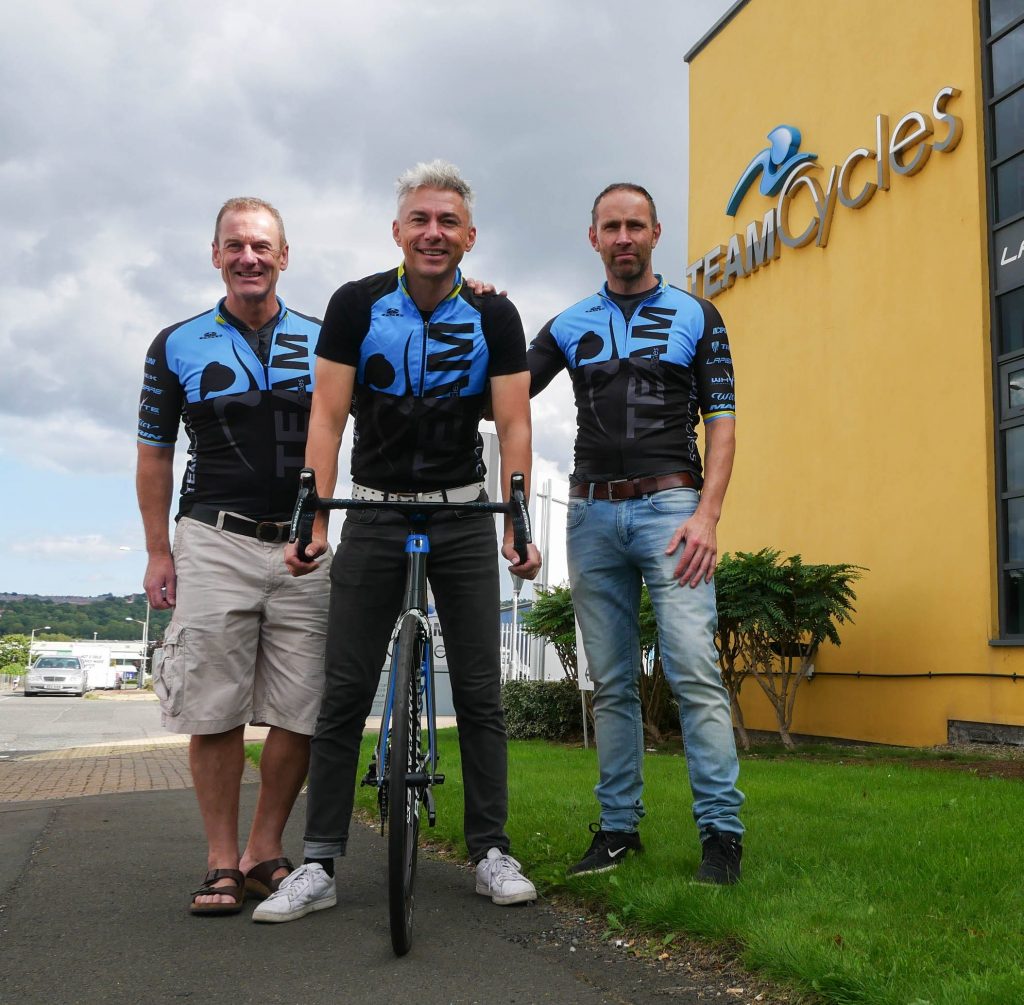 Olympic gold medalist, Jonathan Edwards CBE, stepped up a gear over the August Bank Holiday to support Gateshead-based Team Cycles, by being special guest at its 5th birthday celebrations and a day later as VIP official starter and participant in the Great North Bike Ride.

On the Saturday, Jonathan took a Q&A session with guests at the packed birthday bash on the Team Valley and on Sunday was part of a 15-strong Team Cycles squad which completed the Seahouses to Tynemouth 60 mile ride, firmly established as one of the region’s top mass participation sporting events. The race is organised by the Chris Lucas Trust, which funds two medical researchers at the Institute of Cancer Research.

Jonathan still holds the world record for the longest triple jump ever, 18m 29cm which he set in 1995. He is former Olympic, World, Commonwealth and European champion and following his retirement as an athlete has worked as a TV sports commentator. He now uses cycling as his number one sport for both fitness and pleasure. He is a presenter for Eurosports cycle coverage.

Jonathan said: “I love my cycling and when TeamCycles asked me to launch their power cycle challenge in aid of the Doddie Weir Foundation as part of their 5th birthday celebrations, excuse the pun, I jumped at the chance. They then asked me to join their team taking part in the Great North Bike Ride on the Sunday and I couldn’t say yes fast enough. Cycling is a great way to keep fit at the same time a pleasure and great hobby and something I’m very passionate about.

“Both challenges are for great causes and I’m delighted to help contribute my time by taking part.”

Team Cycles opened in 2013 and has quickly proven to be the most innovative, forward thinking, independently owned bike shop in the North East. Based on the Team Valley Retail Park, it is managed by Richard Smith, who has been involved with bikes for 30 years. Along with all the latest ranges of road, mountain, hybrid and cross bikes including the latest models from top brands Cipollini, Whyte, Trek and Lapierre, Team Cycles also houses an expert cycle workshop which provides free and expert advice, cycle servicing and parts supply.

The 5th birthday celebrations included the Q&A with Jonathan, a Top Gear-style leader board for Max Power with all proceeds going to the Doddie Weir Foundation and discounts and offers on top brands.

Barry Wilkinson, managing director of Team Cycles, said: “What can be better than to build a business based on something you are passionate about. All of us here at Team Cycles are totally absorbed in this sport, be it our excitement at introducing new brands or discussing the latest theories or scientific approaches to achieving optimum personal performance. It has been a stimulating five years and as a team we have learned and developed together and we are delighted to share our knowledge with both experienced and novice riders who come to us for advice and guidance.

“Our aim now is to reach out more into the community and to play a greater role in promoting cycling in the region. Jonathan Edwards agreeing to be our brand ambassador is an important development for us as he is both the ultimate sportsman and a passionate cyclist. We aim to introduce further clinics and workshops for customers to enjoy here at our Team Valley location and alongside that we are looking to become more actively involved in external events where our skills and expertise could be of value to organisers. A great example of this being the recent Doddie’ 5 Ride.”

Team Cycles supported around 650 cyclists who took part in Doddie’5 Ride, the latest mass fundraising adventure for the My Name’5 Doddie Foundation, which was established by former Scotland international rugby player, Doddie Wear,who suffers from Motor Neurone Disease. Team Cycles set up a workstation at the start with two mechanics for those with last minute bike issues and made available a selection of special offer energy bars and gels and other incidentals. A mobile workshop was also set up toward the rear of the ride to offer technical support for riders requiring help. 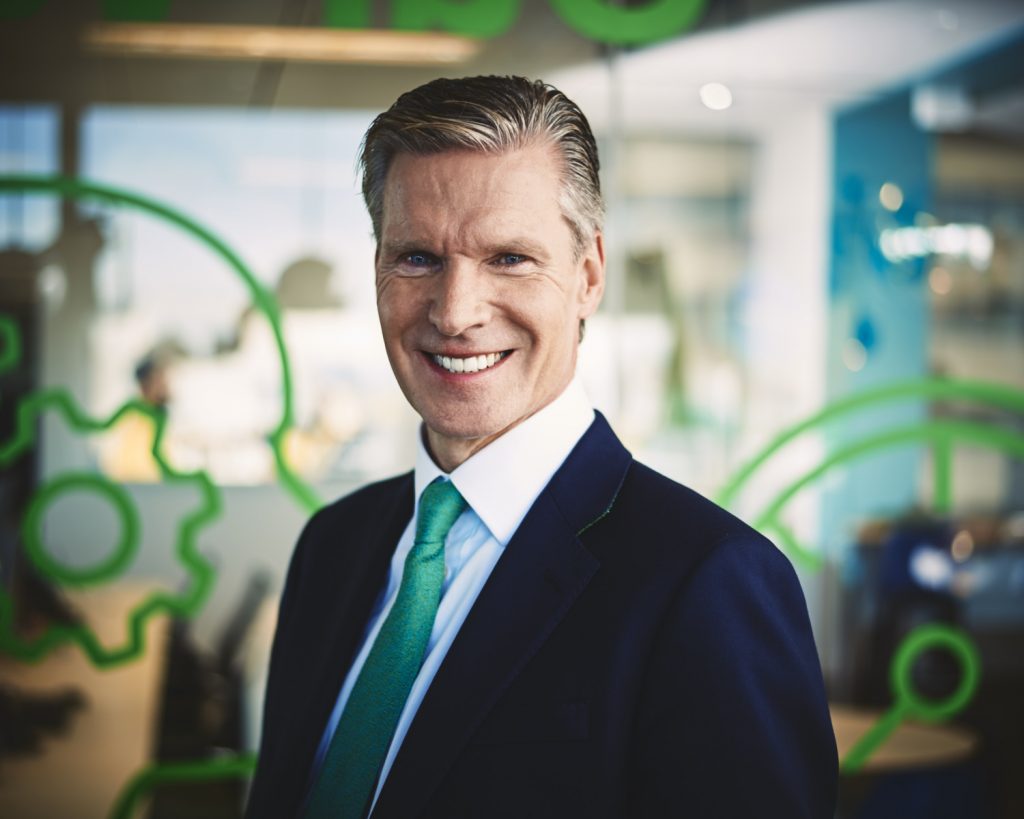 Stephen Kelly to step down as CEO of Sage Group PLC