The bosses of a radiation technology firm and a social media advertising company have been honoured at the Institute of Directors’ (IoD) Director of the Year Awards.

Dr Arnab Basu, chief executive of Sedgefield-based Kromek Group, was named Innovation Director of the Year at the annual awards for excellence in business leadership in Yorkshire and the North East. 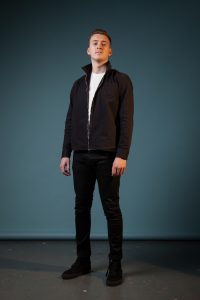 Kromek Group is known for supplying radiation detection technology for medical, security screening and nuclear applications, and judges said it was an impressive example of a significant business built on highly-innovative products.

Judges were also impressed with Epic Social’s Ben, who founded his first business at 16.

Praising him for his passion, ambition and creativity, they described him as a true entrepreneur with a great level of focus on culture and people.

The duo, along with other category winners from the evening, will now go forward to the national finals and compete against winners from across the UK.

Jon Geldart, chair of IoD Yorkshire and North East, said: “Exceptional businesses are only so because of the exceptional people who create, drive and sustain them.

“These awards celebrate these leaders, often unsung and unrecognised.

“At a time when our country remains fractured by dysfunctional politics and politicians, it is heartening that British business displays leadership where politics does not.”