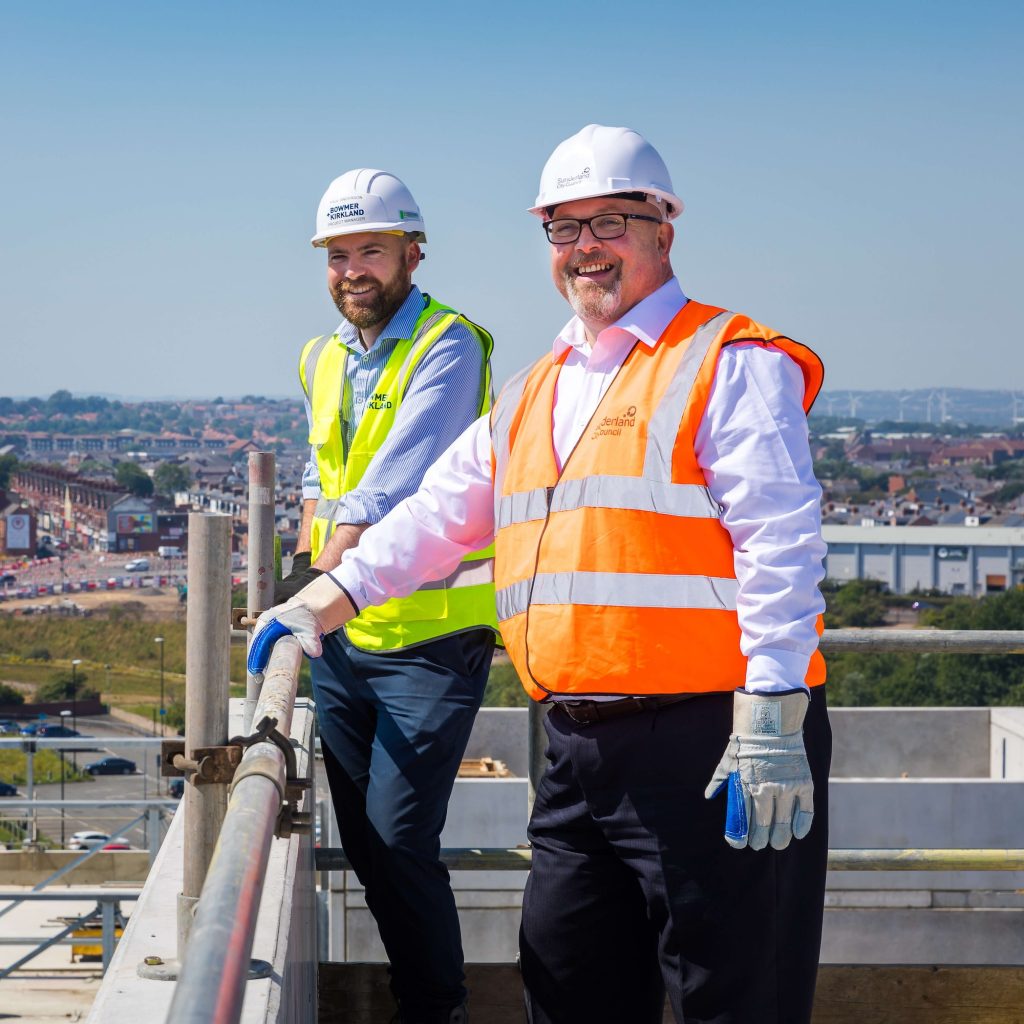 A topping out ceremony has been held as the construction of Sunderland’s new City Hall on the former Vaux Brewery site reached its peak.

Construction company Bowmer and Kirkland is leading the build of the new civic hub, which is a 33 metre structure in the middle of the newly named Riverside Sunderland development.

The construction of City Hall, which will house a range of public sector and support organisations when it opens next year, got underway last November and is on track to complete by next autumn.

It is the latest development to transform Sunderland’s city centre skyline, standing next to the new office building, The Beam, where global online grocery retailer Ocado is based.

Councillor Graeme Miller, leader of Sunderland City Council, said topping out marked an important milestone for the building, and the wider development of the Riverside Sunderland site.

“We’re thrilled to see the outline take shape of what will be an important new building for Sunderland residents.

“City Hall will act as a hub for a range of organisations that offer help and support to people living in Sunderland, bringing them together under one roof to make it easy for our residents to access the assistance they need to prosper.

“We’re looking forward to seeing it completed and topping out marks an important moment in the construction programme, which we’re pleased is moving ahead on schedule despite UK lockdown earlier this year.”

City Hall will consist of two main footprints connected by a large glass atrium and will deliver a modern environment for the near-2000 workers who will be based there, as well as new services for residents to tap into.

The 190,000 sq ft building has been funded by Legal & General, as part of a landmark £100 million commitment to Riverside Sunderland, which will also pave the way for two more commercial buildings to be constructed on the site.

The investment is a key part of the masterplan for the area, which will also see a new residential community rise from the ground, with work starting last week on ground inspections for the development. 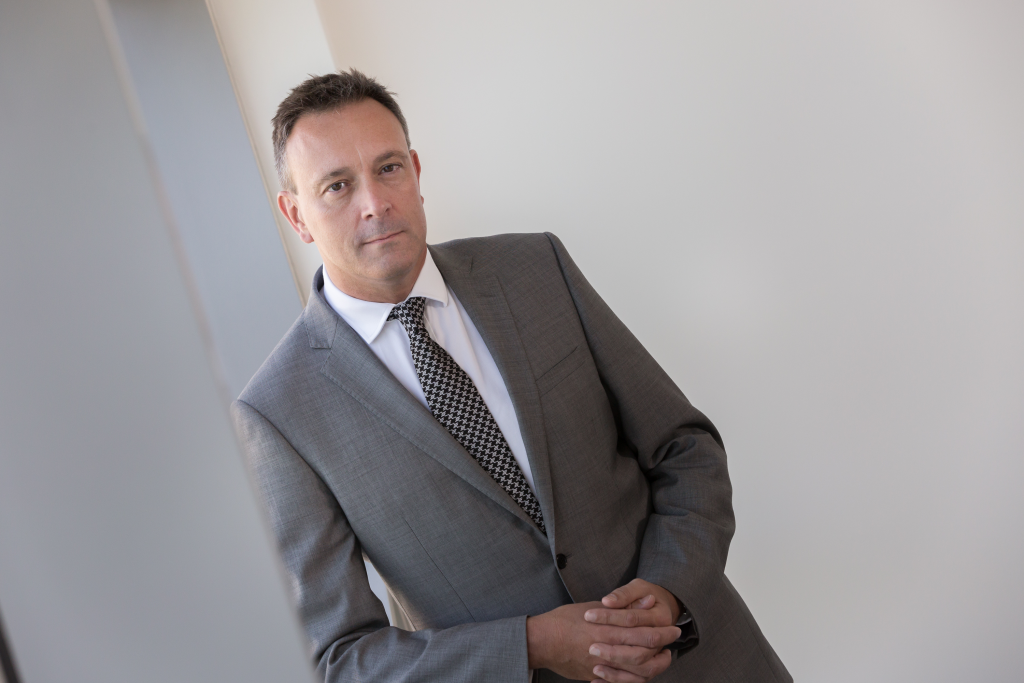