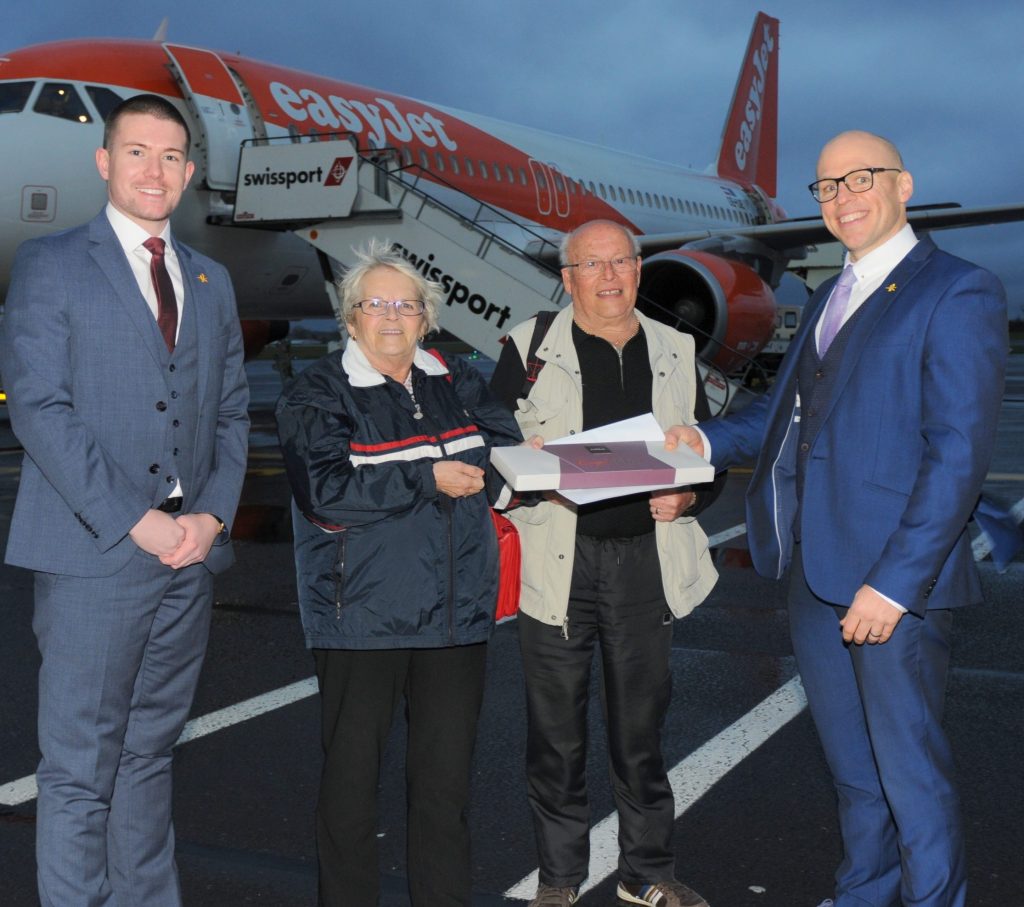 Newcastle International Airport is celebrating its five millionth passenger for the second year in a row.

Vivien and Billy Millican were welcomed by airport staff as they took their first steps onto home turf after enjoying a week’s worth of winter sun in Malta, where they flew with easyJet.

The couple, who have been married for 55 years, were taken by complete surprise when greeted by Newcastle Airport’s Head of Aviation Development, Leon McQuaid, and told that Vivien was the five millionth passenger.

The grandparents-of-four, who have been holidaying together since their relationship began, were “completely shocked” when they were gifted a large box of chocolates and two complimentary easyJet tickets to one of 15 destinations of their choice from Newcastle Airport.

“At first when we were pulled aside I got the shock of my life, but it is just lovely.

“It is just a beautiful gesture. The first time Billy and I flew was when I was 18, and we have travelled all over together ever since.

“We have been to Malta five times before, and we always stay in the same hotel by the bay in Sliema. We book up well in advance so we can look forward to it.

“We had a great time when we were there, and it’s best getting away from the winter here.

“I think we will use our vouchers to go back there again.”

Her 78-year-old husband Billy, a retired joiner, added: “I am feeling the cold from getting off the plane, because it was so warm when we were away – but this has definitely cheered me right up.”

Leon McQuaid, Head of Aviation Development at Newcastle Airport, said: “It is a great achievement to serve over five million passengers for the second year and is a fantastic end to 2018 for the airport.

“With the weather now turning colder it’s great to hear how much the Millican’s enjoyed their winter getaway to Malta.

“I hope that they will be able to use their complimentary tickets to enjoy another holiday, and we look forward to seeing them at the airport again soon.”

Like the Millican’s, the North East travelling public can beat the winter blues and head to Malta for a sunny getaway with easyJet.

With sunshine and perfect temperatures all year round, Malta makes a great destination for a winter sun holiday. 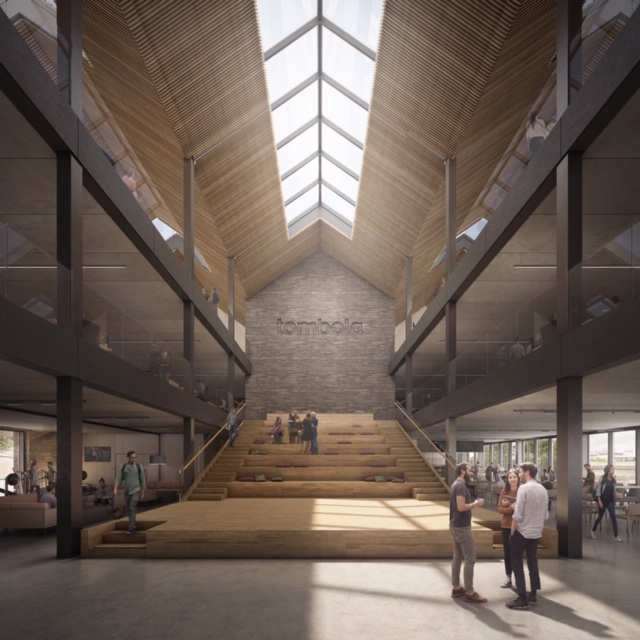