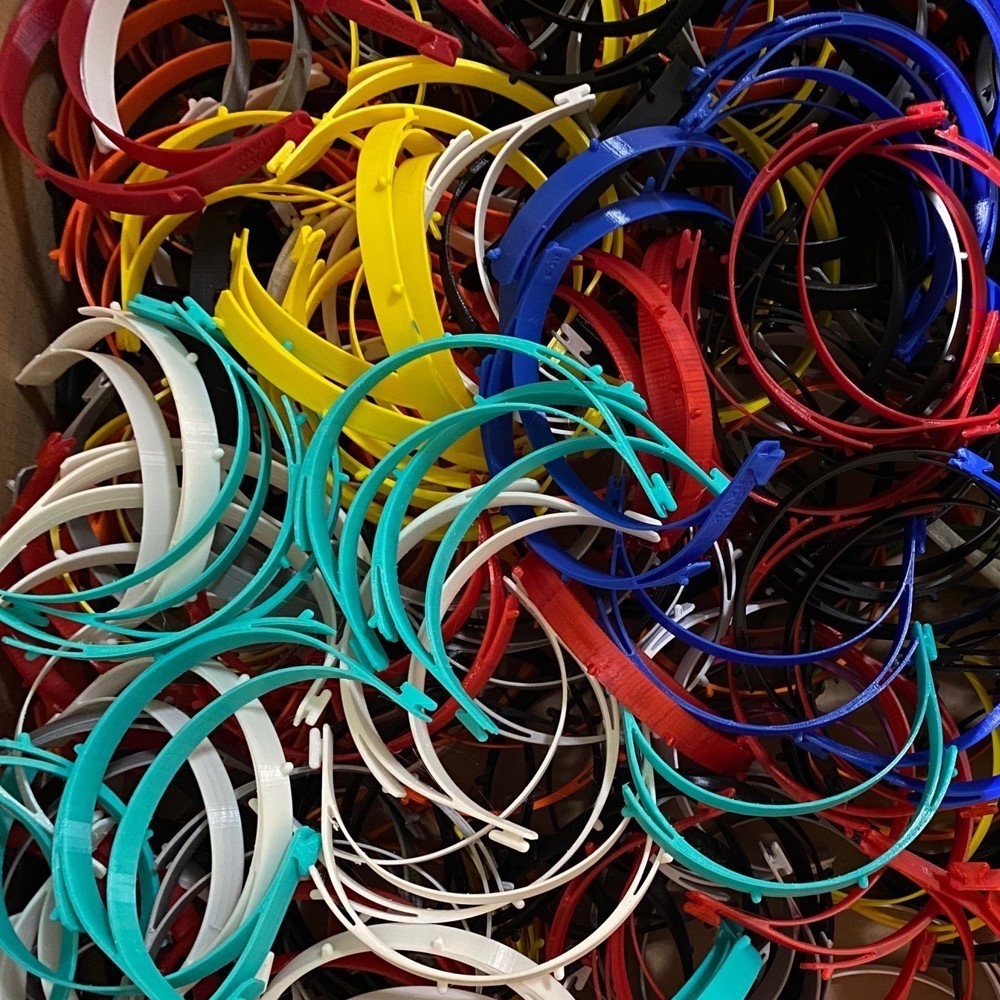 Volunteers have created a processing line at the firm’s Wearside plant to sort and pack parts.

Bosses say they expect more than 77,000 visors to leave the factory by the end of this week, with as many as 100,000 planned for delivery in each following week.

The protective equipment is made up of three individual parts that include an elastic headband, a frame and a see-through visor, which are sent to Nissan for packing and distribution.

Adam Pennick, Nissan’s production director said: “It’s great to be able to play our part in helping to provide the NHS with these visors.

“Our people are experts in the logistics behind an effective supply chain, and we certainly weren’t short of volunteers for this project.”

The project was inspired by four brothers, two of whom – Anthony and Chris Grilli – work as engineers at Nissan’s Technical Centre in Bedfordshire.

Production initially kicked off with the support of crowd funding and used banks of 3D printers at the Grillis’ homes.

Nissan has provided funds for an injection moulding tool that increases the number of parts produced, which are now being sourced from companies in Gateshead, Lancashire and Coventry.

In the first phase of the project, the team took delivery of hundreds of boxes of visor parts from volunteers from across the country who have been using their 3D printers to make the equipment.

All four of the Grilli brothers are continuing to 3D print face visors at home and are supplying to local care facilities and hospices.

Nissan previously announced production at its Sunderland plant had been suspended until at least the end of April owing to the coronavirus outbreak.