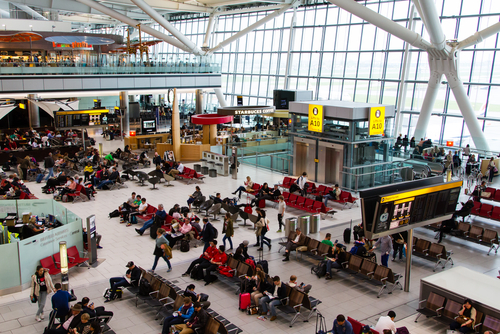 One year on from the Airports Commission’s review on airport capacity, the region’s Chamber is urging business support decisions are made after BREXIT

One year on from the Airports Commission’s review on airport capacity the Chamber calls on the Government to make a decision on Heathrow’s expansion and prove it is willing to take decisions to support businesses after the EU Referendum result.

James Ramsbotham, Chief Executive, the Chamber said: “Over the last 12 months there has been very little movement on the Heathrow expansion proposal despite the clear backing of the Airports Commission. This is a vital issue that reaches well beyond the South of England and is integral to the future economic success of the whole country, including us in the North East. Our members desperately want access to a hub airport to trade around the globe.

“Heathrow Airport is a national asset for all regions and important, not just for our businesses and exporters, but the £4bn tourism economy in the North East. The expansion of this airport is critical for the future of UK infrastructure and we need a decision. This cannot wait until there is a new leader of the Conservative party in addition to the time it has been on hold before the referendum.

“At a time of uncertainty this will give confidence to businesses and investors alike and send a strong signal that the UK’s trading connections right around the world are more important now than ever.”

Your business needs you!