David, who is managing partner of True Potential LLP, was presented with the Ward Hadaway-sponsored award at the event, which took place at the Boiler Shop at the Crown Plaza Hotel.

With a proven track record in business growth and entrepreneurialism, David leads the financial services group that provides products and technology to over 1.4 million private clients, in addition to working with nearly 20 per cent of UK financial advisors.

David Harrison said: “I am very humbled to have won this award, especially as the North East is home to some of the country’s most inspiring and successful entrepreneurs. The word entrepreneur means different things to different people, but to me, it’s about the ability to bring together excellent teams of people who can take the entrepreneurial journey with you and deliver on your ideas, creativity and drive.”

The event also honoured respected North East entrepreneur Freddy Hoult with a Lifetime Achievement Award, sponsored by Corporate Traveller. Acknowledged for his contribution to North East business, Freddy was presented with the award for the impact he has had on the community and the region’s economy.

Freddy, 79, built up Hoults Removals to become one of the UK’s leading removals firms before its sale to Pickfords, in 1983. He is also recognised for his work developing the iconic 10-acre Hoults Yard in Byker as an attractive and thriving office park, which has supported many growing businesses in Newcastle.

On receiving the award, Freddy said: “Thank you very much for this award. It is a privilege and I’m taken aback to be in such esteemed company as previous recipients Sir John Hall, Sir Peter Vardy, John Squires, Alan Reece and John Fenwick. I know the home audience is the hardest to please, so to get this award is very much top of my trophy cabinet.

“On occasions like this, nobody wants the gritted teeth – but I’m sure many entrepreneurs know just how hard and lonely those moments are. Those moments are made bearable by the people around you – my wife, family and colleagues – keeping them on-side.

“It’s great to be in the company of hundreds more local entrepreneurs and your firms making things happen for the North East. Well done to everyone who’s pushing on!”

The Entrepreneurs’ Forum also presented, for the first time, a new award to recognise scale-up businesses that are demonstrating consistent growth and development.

The winners of the inaugural award were the owners of Intelligent Services Group, Ben Rideway and Jamie Cook. Their business supports property professionals through technology-led services and performs, to year-on-year growth of more than 20 per cent over the least three years.

Other awards on the night included Emerging Talent, which went to Steven Rawlingson, managing director of recruitment specialist Samuel Knight International in recognition of the firm’s outstanding potential and performance since it was established in 2014. Samuel Knight currently operates three offices in the UK, with scope to launch an office in New York and achieve record revenues of £26m.

Business coach and mentor Dr David Cliff, of Gedanken, was chosen by the Entrepreneurs’ Forum Board as its Malhotra Group-sponsored Mentor of the Year, to round-off another successful event in celebration of the North East’s business community.

Organised by the Entrepreneurs’ Forum, in partnership with the North East LEP, the awards remains the highlight of the organisation’s calendar of events, which is made up of more than 300 leaders of high-growth North East businesses, which employ over 23,000 people and have a collective turnover of in excess of £2.3 billion.

Gillian Marshall, chief executive of the Entrepreneurs’ Forum, said: “Our annual awards pay tribute the many success stories in the North East, recognising the entrepreneurs that are helping to drive economic growth, create jobs and, ultimately, champion the region as a place of prosperity where successful businesses can be established and scaled up.

“Among our membership of leading and innovative business leaders are many of the region’s most forward-thinking people and their collective experience and successes have made the North East a real force to be reckoned with. It is vital to respect and recognise their importance to the region’s economic ambitions.” 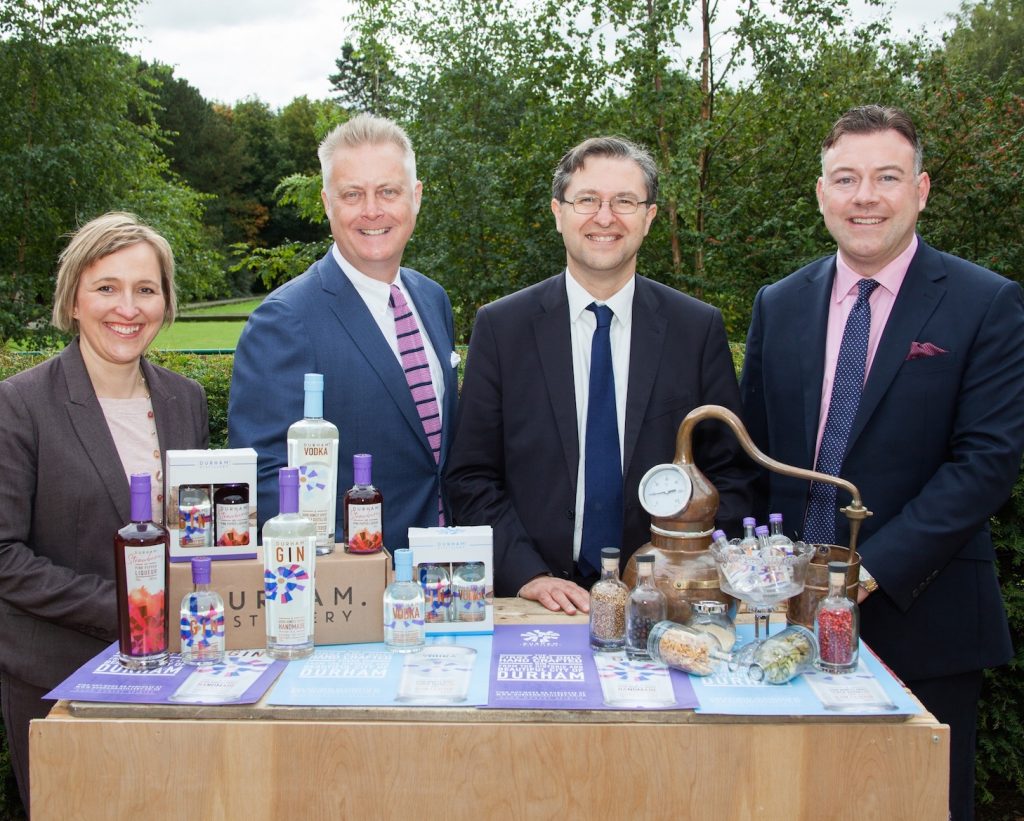