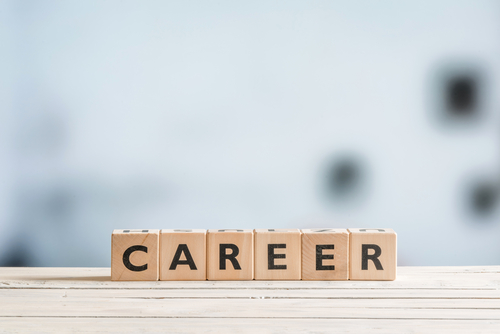 The North East Local Enterprise Partnership (LEP) has welcomed the news that the Government’s new Careers Strategy will centre around the eight Gatsby Good Career Guidance Benchmarks piloted in the North East.

In September 2015, 16 schools and colleges within the North East LEP area became the first in the UK to test the benchmarks, designed to equip the next generation with the skills needed by employers.

Within a year the North East LEP’s groundbreaking work in rolling out this pilot had attracted national acclaim.

Andrew Hodgson, chair of the North East LEP, said: “Good career guidance is crucial for social mobility. We are delighted to see the Good Career Guidance Benchmarks front and centre of the Government’s national careers strategy.

“After piloting this approach in the North East over the past two years, and with over 100 schools now working to achieve the Benchmarks, we are seeing the hugely positive impact they can make to each and every pupil in schools and colleges.”

Michelle Rainbow, Skills Director for the North East LEP said: “I’d like to thank Gatsby for trusting in us to deliver the pilot and for recognising the North East LEP’s ability to influence national education policy.

“I’d also like to thank those schools and colleges who were initially involved through the pilot and to those who have since shown their support by signing up. The scale of the project has been critical in demonstrating the transformative power of the eight Gatsby benchmarks.

“Finally it’s important to recognise the team at the North East LEP who have worked tirelessly to roll out this initiative. Through our collaborative approach we have been able to demonstrate the resounding success of the Gatsby Good Career Guidance Benchmarks on a national level and showcase the excellent practice taking place here in the region.”

The Careers Strategy is backed by £4m of funding and includes a dedicated careers leader in all schools and colleges in the country to ensure people have access to the best careers support, giving them the best possible start to their professional life.

Sir John Holman, senior advisor to the Gatsby Foundation and author of the Gatsby Career Benchmark report, said: “Good Career Guidance is the key to social mobility. For young people coming from a background of low socioeconomic aspirations, school career guidance is their best hope of charting the way to a rewarding future career.

“We now know, from our international study and from the work of career guidance experts, what makes for good career guidance: it is described by the eight Gatsby benchmarks which have been shown by the pilot in the North East of England to have such a powerful positive effect in schools and colleges.

“I am very pleased that the Department for Education has put these benchmarks at the heart of its strategy.”

The North East LEP’s national facilitator for the Career Benchmarks Pilot, Ryan Gibson, said: “Since the North East became the first UK region to pilot the Good Career Guidance Benchmarks, the approach has proved to be transformational for careers guidance in our schools and colleges.